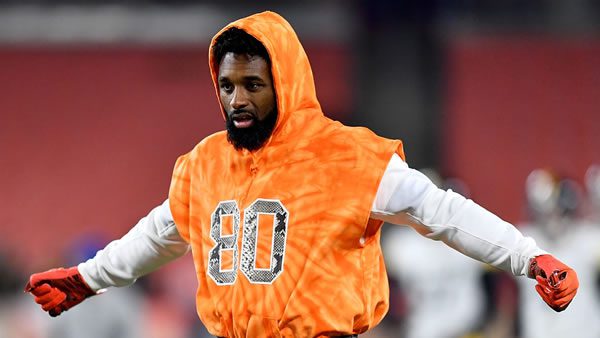 The Pittsburgh Steelers head to Cleveland for a week 8 AFC North battle with the Browns. Betanysports.eu has made the Browns 3.5 point favorites and set the over/under total at 42.5. The Steelers are coming off their bye week but let’s roll with the Browns coming off a Thursday night Week 7 win against the Broncos. Here is the handicap.

Cleveland Will Run Over the Steelers

Browns coach Kevin Stefanski has built the best the leagues top rushing attack in Cleveland. Nick Chubb and Kareem Hunt get most of the hype, but the offensive line may be the best in the league, as shown last Thursday night when D’Ernest Johnson filled in for the injured 1-2 punch racked up 146 yards on the ground against the Broncos. Chubb should be back this week, but with or without him, they will move the ball on the ground. Case Keenum took over for Baker Mayfield, who also missed the Week 7 contest due to a left shoulder injury. Keenum was serviceable and really not a downgrade from the injured Mayfield that had played the previous couple of weeks. If Keenum goes again this week, he will be better prepared, having ten days to prepare, and either or Mayfield will utilize play-action passes when the Steeler linebackers and safeties start cheating to stop the run. Jarvis Landry returned to action in Week 7 and will be the primary target. Odell Beckham Jr. is getting healthy, but he has yet to move the needle for the Browns. Cleveland’s offense is efficient and should be able to continue their success this week in front of the home fans.

Pittsburgh’s defense is not the steel curtain of years past. They are 17th in yards per play allowed and 16th in yards per rushing attempt. The Steelers had some success defending the run early in the year, but in the past few weeks, Denver and Seattle have exposed some weaknesses. Stephon Tuitt and Tyson Alualu anchor the run defense for Pittsburgh but are both on IR and not expected to be on the field in Cleveland. The Steelers couldn’t shut down Seattle’s run game when they knew it was coming in week 6, so it’s hard to believe they can stop a superior Browns running game. Pittsburgh’s linebackers are not very good in coverage, so they will struggle in the play-action passing game, which could also create some big plays for the Browns. It will be up to the Steeler pass rush to make the difference, and I don’t see that being enough.

The Steeler’s Offense Can’t Keep Up

It’s become evident after five games that the Steeler offense is not going to be anything special this year. They have looked a little better in their last two games before the bye, but QB Ben Roethlisberger limits their ceiling. They rank 27th in yards per play and are averaging less than 20 points per game. Najee Harris has been everything hoped for when the Steelers drafted him in the first round, but the offensive line is not pulling their weight, so Harris is often being met in the backfield. Roethlisberger is unable to get the ball to his playmakers and is close to the bottom of the league, moving the ball only 6.4 yards per attempt. Chase Claypool and Diontae Johnson are very capable receivers, but Big Ben will not have enough time to get the ball to them downfield this Sunday. Look for the Steelers to try to run the ball, which they have had some success within their wins against the Seahawks and Broncos, but that will be tough sledding on Sunday. Cleveland’s defense will focus on stopping the run and getting after Roethlisberger. They rank 2nd in yards per play allowed and 2nd in rushing yards per attempt allowed. They are also 3rd in the league with 20 quarterback sacks and should spend a lot of time in the Pittsburgh backfield. The Steelers will not have an answer for Myles Garrett, and cornerbacks Denzel Ward and Greedy Williams should be able to neutralize the Steeler receivers. Pittsburgh has failed to reach 20 points this year against the mediocre defenses of the Raiders, Bengals, and Packers, so it’s hard to expect that they will get to 20 this week. They have relied more on the run game as the season has progressed, but Cleveland will know what is coming and should be able to shut down Pittsburgh on 1st and 2nd downs. This will put Roethlisberger in long 3rd downs, and he will have no chance. This should be another week that we all say Big Ben is a year late to the retirement party.

Pittsburgh had a nice Week 1 win against the Bills, but their only two wins since have come against an overhyped Bronco team and the Seahawks in their first game without Russell Wilson. They are typical of a team with a good defense and weak offense that can beat bad competition but can’t hold up against better teams. Look for Pittsburgh to hang around for a while, but Cleveland will be able to wear them down by running the ball. With the Bengals and Ravens looking down at the Browns and the Steelers, the loser of this game may be done for the year. I don’t think the Steelers can trade blows with the Browns and look for Cleveland to pull away and cover the short spread.

Take the Browns in the Dawg Pound

Let’s lay the 3.5 points this week in the Dawg Pound with the Browns. Cleveland will put a dagger in the heart of the Steelers in week 8.