Rams vs. Cards Week 14 Odds & Pick Against the Spread 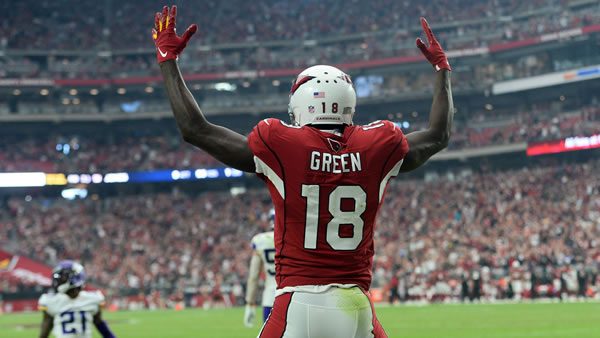 Monday Night Football visits the desert for a week 14 battle between the visiting Los Angeles Rams and the Arizona Cardinals. This game will have a playoff feel, prompting Betanysports.eu to make the Cardinals 3 point home favorites and set the game total at 52. The play is to lay the 3 points and buy a Cardinal ticket. Here is the handicap.

Arizona Offense Will Have Their Way

Kliff Kingsbury brings the NFL’s 4th ranked scoring offense home after playing 3 of their previous 4 games on the road, and will have MVP candidate Kyler Murray close to 100% healthy. The Cardinals offense is equally successful passing and running, ranking 10th and 11th respectively in yards. Murray is having an amazing year, completing 73% of his passes for 8.9 yards per attempt. The Cardinal wide receiving crew will force the Rams secondary to cover the whole field, with speedsters Christian Kirk stretching the field and Rondale Moore working in the screen game, while DeAndre Hopkins and A.J. Green work the outside. Hopkins also missed the 3 games prior to last week’s Chicago contest, but returned last week to catch both of his targets including 1 for a touchdown. Hopkins is still the best contested catcher of the ball in the league, and will be close to 100% when the Rams show up on Monday. If Murray didn’t already have enough weapons, Zach Ertz joined the Cards in October and has given Murray a reliable target over the middle and in the red zone. James Conner has managed the backfield on his own over the last 3 games, but Chase Edmonds should return this week to give Kingsbury a thunder and lightning approach in the backfield. Arizona has so many weapons, with Murray as the perfect point guard to distribute the ball to the right guy at the right time. LA’s defense will have their hands full on Monday Night.

The Rams defense comes in after a strong performance against the Jaguars, but they have struggled in 2021. They have played well against bad teams like the Lions, Giants and Jags, but have not had success against better teams like the Packers, 49ers or Cardinals in week 4. LA has superstars on defense like Aaron Donald and Jalen Ramsey, but they will have trouble matching up across the line with all of Arizona’s weapons. The Rams are sturdy against the run, but Arizona will spread them out with 3 or 4 wideouts and make DBs make tackles. Edmonds and Connor combined of 170 rushing yards on 30 carries in Los Angeles, and I’m not sure the Rams will have it figured out on Monday Night. Murray completed 75% of his passes in their first meeting on route to putting up 37 on the Rams in week 4. Expect fireworks form the Cardinal offense.

The combo of Sean McVay and Matthew Stafford were quick out of the gate in 2021, looking like a match made in heaven. They were getting better as the season was progressing, but then in week 9 things slowed down. Over the next 3 weeks, they only averaged 18 points and 324 yards against the Titans, 49ers and Packers – 3 big games against mediocre defenses. LA made a splash move to improve their squad by signing Odell Beckham Jr., but that plan washed out when Robert Woods was lost for the season in the same week. The offense got right last week against the Jags in a tune up for the big contest this week, but it’s hard to know how much of that was the Rams and how much was just the Jags being the Jags. Sony Michel handled the backfield duties with Darrell Henderson sidelined and added some power to running game, which we may see more of in Arizona. Stafford struggled in the 3 game losing streak before facing Jacksonville, completing just 61% of his throws and throwing 6 interceptions in those games. Stafford will have to play like he did against the Jags for LA to have a chance in this one.

Arizona’s defense has been one of the big surprises in the league this year. They have allowed the 4th fewest points, and are 6th in opponents yards per play. They held the Rams to 13 points for 59 minutes in week 4 before surrendering a garbage time touchdown to allow LA to get to 20. Cooper Kupp caught only 5 of his 13 targets on his way to 64 yards and no touchdowns on the day. Arizona will look to repeat the week 4 script this week of taking away Stafford’s primary targets. The Cardinals are second in the league in opponents yards per pass play, so look for them to be able to minimize Kupp and Beckham Jr., and make Van Jefferson or the running backs beat them. Stafford will have to protect the ball better, but look for more errant throws as he gets used to not having Woods on the field.

Bet on Murray over Stafford

A game like this often comes down to which quarterback can make the big plays when the game is on the line. Murray has proven this year that he can be one of those QBs that elevates his game when his team needs it. He will spread the ball out and utilize all of his weapons, and take off from the pocket whenever he needs to. Stafford on the other hand has never proven himself to be a clutch performer. He stared down Tom Brady at home in week 3, but since then he is 0-4 against teams with a .500 record or better, while Murray is 5-1 against those teams this year. Murray and Cardinals have the second best Against the Spread record this year, but the line in this game is still hovering around a field goal, which is not enough. Murray has more weapons than Stafford, and a more balanced defense.

Let’s count on Murray to cover this short spread at home under the lights on Monday Night Football. Lay the points and play the Cards. Note: Be sure to check out our Free College Bowl Game Picks!