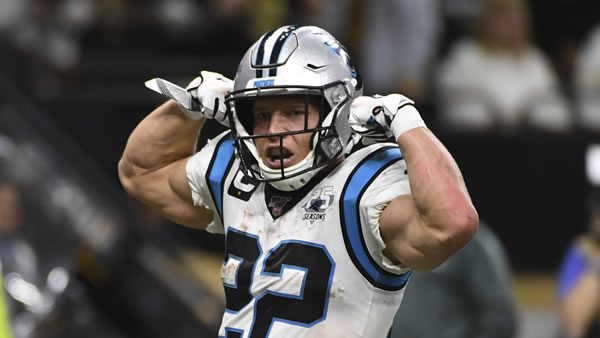 With frustration building around the Matt Rhule regime, the Carolina Panthers will host the San Francisco 49ers at Bank of America Stadium on Sunday. Last week, the Panthers fell to 1-3 SU with another underwhelming performance in a 26-16 loss to the Cardinals. In many ways, last week’s loss was the epitome of Rhule’s tenure in Carolina, which was evident by a terrible offense, turnovers, and questionable play-calling. With patience growing thin, the Panthers will need to turn things around to keep their Head Coach off the hot seat, but that will be difficult with this Sunday’s match-up against the 49ers.

San Francisco bounced back with an impressive 24-9 victory over the Rams on Monday Night. Despite relatively inefficient play from the offense in recent weeks, the 49ers defense had an outstanding performance with seven sacks and two forced turnovers, including a pick-six. Without question, I think many could argue that the 49ers are playing the best defensive football in the league. While there are still concerns around the reliability of QB Jimmy Garoppolo, it is the 49ers’ defense that will be the big reason the 49ers are sizable favorites when they travel into Charlotte this week for a showdown with the Panthers.

I try to keep an open mind anytime I break down match-ups, and there is no such thing as a “safe” bet in the NFL. With that being said, the Panthers are simply a bad football team. The defense is mediocre at best, likely due to the fact they are always on the field. Meanwhile, the offense is horrendous, aside from RB Christian McCaffrey. QB Baker Mayfield has been absolute trash this season, completing 54% passing for just 747 yards with four touchdowns and three picks through the opening four games. Perhaps even more alarming is that the Panthers have one of the most vanilla offenses in the league with minimal ingenuity.

49ers Head Coach Kyle Shanahan is an excellent schematic coach, and I believe they can put enough focus on McCaffrey while relying on their pass rush to make Mayfield’s day miserable this week. A couple of turnovers and another defensive touchdown is not out of the question again this week. Typically, I would be somewhat cautious betting on the 49ers because their offense is hit or miss. However, the offense is serviceable and flashed some big play potential last week with RB Jeff Wilson and WR Deebo Samuel. More importantly, the heavy-rushing approach that Shanahan runs on offense is a strength versus Carolina’s rush defense. Simply put, barring a complete dud on the offensive side of the football, I think the 49ers have all the ingredients to win each match-up on both sides of the football against a Carolina defense that has been hit for 134 yards per game on the ground.

More Picks: Get Loot’s Bears vs. Vikings Week 5 game analysis and free pick against the spread’

While some are saying the Panthers have a chip on their shoulder this week, I think the Matt Rhule train is derailing in Charlotte. San Francisco is the better team on each side of the football by a wide margin. Lay the points and never look back!

Jay’s Pick: Take San Francisco -6.5. Find the most prop bets for this game at Bovada Sportsbook!