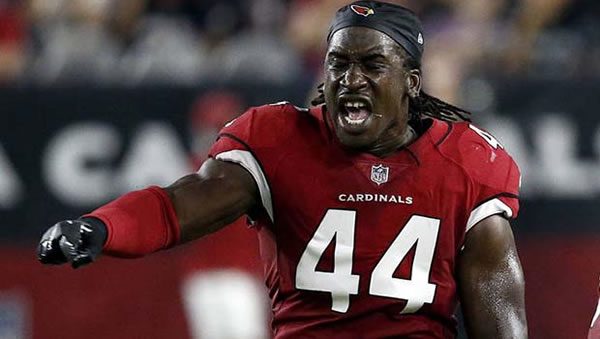 It’s game 17 for the Seattle Seahawks as they head to the desert to finish out the 2021 season against the Arizona Cardinals. BETANYSPORTS (They let you bet on games at -105 odds instead of -110) is making Arizona 6.5 point favorites and setting the game total at 48. Both of these teams are off big week 17 wins, so let’s back the home favorite Cards to win and cover the spread in the season finale. Here is the handicap.

The Cardinals Are Motivated

Arizona appeared to turn around their late-season slump in the Big D in week 17. They played a solid game against the Cowboys to earn a 3 point win and give themselves some momentum going into week 18 and the playoffs. They punched a ticket into the playoffs but can be the NFC West Champions by taking care of business with the Seahawks this week, along with a Ram loss against the 49ers. Arizona had lost their three previous games before last week’s contest, and it was looking like another Kliff Kingsbury 2nd half collapse. Time will tell if the Cards have fixed what ailed them or if this was a Cowboy team laying an egg, but for this week, Kingsbury will stress to his team they have to keep the positive momentum going into the post-season. We should expect that the Rams – 49ers game will be a close contest as the 49ers need a win to lock up a playoff slot, so we shouldn’t have to worry about the Rams running out to a lead and then Kingsbury deciding to rest his guys. We should get a solid 60 minutes of Kyler Murray, Chandler Jones, and the full squads trying to bury the Seahawks.

Seattle Has No Motivation

The biggest factor in this game is to bet against the Seahawks. Seattle is a proud franchise that expects to make deep playoff runs every year. This year has been one that everyone from the front office to the players wants to forget. There was drama coming into the season between Russell Wilson, Coach Pete Carroll, and the front office, and then the great healer – winning – never showed up. Seattle was 2-5 and then 3-8 and on their way to last place and another off-season of drama with Wilson. We were looking for this team to come together one last time, and we got that performance last week. Wilson declared that may be his last game as a Seahawk in front of the Seattle fans, and the team responded by putting up 51 points against the outmanned Detroit Lions. Wilson made his statement last week, so what is the motivation to for another 5-star performance this week. I don’t think there is any. Their playoff hopes and even hopes of a respectable season were shot in November, it’s unclear if Carroll will be back next year, and it may even be a total rebuild, so half the team may not be back. The veterans and leaders are used to playing for super bowls, so they will have one foot out the door at kickoff, leaving only young guys that need to make some good tape with anything to play for. Usually, in a 2nd division matchup of the year, the team that lost the first one (Seahawks in this case) would be looking for revenge, but I’m looking for a lackluster effort out of Seahawks.

Arizona Has The Talent Edge

Even if these teams were both fully motivated, Arizona would deserve being near touchdown favorites. Arizona’s defense held the Cowboys to 301 total yards of offense and looked like the unit that was becoming feared early in the year. Murray is getting used to playing without DeAndre Hopkins and showed more of a willingness to take off and run against Dallas – something he will have to do for Arizona to have post-season success. These teams met in week 11, with Colt McCoy running the show for the Cards and leading them to a 23-13 win. The game wasn’t as close as the score indicates, as Wilson and the Seahawks managed only 266 offensive yards and possessed the ball less than 20 minutes. This week Seattle will be without their two best defensive players - Jamal Adams, who has been out multiple weeks, and Bobby Wagner, who sprained his knee against the Lions. Arizona will be able to spread out the Seahawk defense and pick them apart. They had 29 first downs in their first meeting but couldn’t convert in the red zone, and kicker Matt Prater missed a couple of field goals. Look for Murray to make the difference in the red zone this week.

The play in the desert this week to lay the points with the home favorite and ride with the Cardinals. Look for Seattle to not put up much of a fight and Arizona to bury the Seahawks. Bet your Week 18 NFL predictions for FREE by taking advantage of a 100% REAL CASH bonus on your first deposit up to $1000 at Betnow Sportsbook!