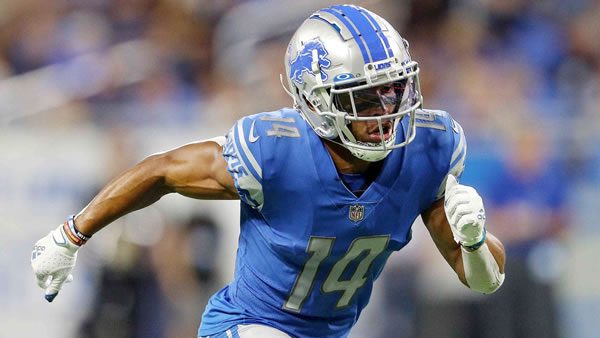 The very first Week 18 in NFL history has plenty of playoff-relevant matchups, but the Green Bay-Detroit game is not one of them. The Packers have sewed up home-field advantage throughout the NFC Playoffs but are expected to play their starters for at least a portion of the game as HC Matt LaFleur has announced he is going to Detroit to win. The Lions were roughed up by Seattle last week but have played several close contests over the last month and handily beat Arizona just three weeks ago. Detroit is 4-6 against Green Bay in the last ten games but hasn’t won since the 2018 season and has given up 36 points per game to the Packers in the last three meetings.

Green Bay is the best team against the spread in 2021 and has been beating up conference opponents, going 9-1 ATS in the last ten against the NFC. The Packers are 5-1 ATS in the last six inside the division and 6-1 ATS when playing a team with a losing record. Detroit was routed last week but has won seven-in-a-row against the spread following an ATS loss. They are 6-2 ATS in their last eight against the NFC North and also 6-2 ATS when playing as the home underdog. The Under is 10-4 in the last 14 for Detroit, but the Over has hit in 15-of-22 at Ford Field. The Over has hit in 5-of-6 when Green Bay plays a division foe and 11-1 in the last 12 games played in January. Green Bay has just two ATS wins in the last seven in this series.

Plenty of teams would use this week to rest their stars and be as close to 100% as possible ahead of the playoffs, but Green Bay is not treating this as a preseason contest. That means that Aaron Rodgers is due to see at least a few series, and he enters this week with multi-TD performances in 11 straight against the Lions when he played the entire game. Rodgers is 18-5 against the Lions in his career with 50 passing touchdowns against just eight interceptions. Rodgers could sew up another regular-season MVP with a couple more scores to end the season on a high note. Aaron Jones and A.J. Dillon have seen a nearly 50-50 carry split on the season and combined for 1,540 rushing yards and nine touchdowns. Jones is second on the team with 52 receptions, with Dillon fourth at 33 grabs to give Green Bay what is arguably the best overall backfield in football. Davante Adams (117-1498-11) has had some quiet performances against the Lions in his career but has at least 100 yards receiving or scored in seven of the last nine against Detroit. As much as Green Bay’s offense has an advantage on Sunday, the Packers defense could be the best unit on the field as they bring top-10 ranks in passing yards allowed, points allowed, and takeaways. Nine different Packers have at least one interception this season, with Rasul Douglas leading the way with five, including two returned for touchdowns. Rashan Gary leads the team with 9.5 sacks, and Preston Smith has notched 9 to help replace the loss of Za’Darius Smith.

Running Out of Gas

Detroit deserves a ton of credit for showing a lot of guts and professionalism through a tough season, but the roster is missing too many pieces to get this team over the top, and they are playing one of the best teams in the NFL. Tim Boyle is set for his third start in place of the injured Jared Goff. Boyle is averaging 224 yards over the last two games, and that roughly matches what Goff had done, but Boyle has six interceptions in limited work while Goff had just eight on the season. D’Andre Swift returned last week after missing four games with a sprained shoulder and should see increased touches after being on a short leash last week. Swift leads the team in rushing yards and is third on the team with 58 receptions despite missing that time, and Jamaal Williams is set for a revenge game after coming off the virus list. That duo is capable with 1,729 combined yards and nine scores. Amon-Ra St. Brown has emerged to lead the team with 82 receptions and four touchdowns and should have another solid week after catching 17 passes for 201 yards and three scores with Boyle under center. The defense has struggled with bottom-10 ranks in passing yards allowed, rushing yards allowed, sacks, and takeaways. Their 27.3 points per game allowed are 3rd-worst in the league.

Detroit has played well above what their record has shown, but things looked rough against Seattle last week. The Seahawks jumped out to a 38-7 lead and ran for 265 yards en route to a 51-29 win. Detroit was without starting QB Jared Goff, but the 28th ranked rush defense really owned the biggest blame, and there is every indication that Green Bay is going to go run-heavy on Sunday. Detroit was able to hold Green Bay to 96 rushing yards all the way back in Week 2, but Rodgers was able to throw for four touchdowns, and I doubt this defense is going to do much to slow a Green Bay offense that is averaging 34.5 points per game. It is unclear just how long the starters will stay in the game, but I think even two or three drives will have Green Bay up by ten or more points. If they make it into the second half for some reason, I think the cover will be relatively easy. Aaron Jones is likely the only Packer starter that won’t play at some point as he is still dealing with a balky knee, but there is enough Rodgers, Dillon, and Adams to put points on the board. I think this one falls very close to the respective season averages, with Green Bay leaving Detroit with a 27-17 win.

Ted Walker’s Pick to Cover the Spread: Green Bay. Bet your Lions vs. Packers pick and ALL your Week 18 NFL predictions for free by taking advantage of a 100% REAL CASH bonus on your first deposit up to $1000 at Betnow Sportsbook! The absolute biggest bonus from a legit online sportsbook!