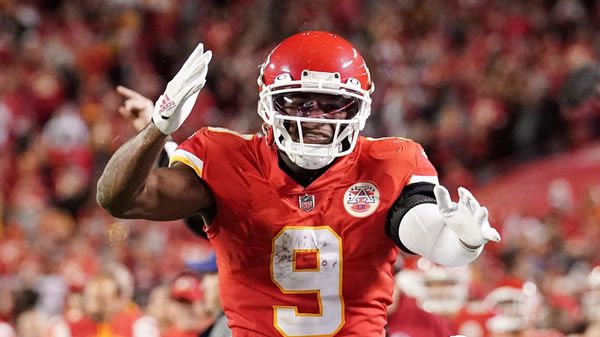 Pete Carroll brings his Seahawks to the heartland on Christmas Eve to take on Andy Reid’s Chiefs. This game will have a playoff feel to it, and BODAVA.LV has the Chiefs favored by 10 points, with the Over/Under set at 49 points. The play here is to take the 10 points with the Seahawks. Here are three reasons.

The Chiefs are undoubtedly one of the best teams in the league. Patrick Mahomes is the leader in the clubhouse to be the 2022 NFL MVP, and with all the great young offensive coaches the league has, Andy Reid, is still the NFL’s premier offensive mind. As great as the Chiefs are and as hard as they will be to beat in January, they can’t reward with their bettors with a winning ticket. They have been favored by 3 points or more in 10 of their 14 games this year, and though they have won 9 of those games, they have only covered 2 of those games, and one of them by ½ point when Jacksonville missed two second-half field goals. In the last two weeks, KC has played arguably the two worst teams in the AFC – the Broncos and Texans. They failed to score a point in the 4th quarter against Denver and held on for a 6-point win when they were favored by nine. Then last week, they went to overtime against Houston before escaping with a win as a 14-point favorite.

KC never could pull away from the Rams in their first game without Matthew Stafford to cover a 16-point spread, and only won by a field goal against the Malik Hooker lead Titans when they were two touchdown favorites. It’s hard to understand why exactly this happens, but it is negligent of us to think it will end all of a sudden. This week they face a team that is a legitimate playoff contender with a solid offense and a coach that will have a game plan that will give his team a shot to win. We shouldn’t expect KC to be able to pull away and cover the big number this week against Seattle.

The Seahawks Will Score

We know that the Chief offense is going to get their points, so the key to covering against them is to be able to score. This Seahawk offense – even though Tyler Lockett will not be on the field – will be able to put the ball in the endzone. Marquise Goodwin will step in opposite of D.K. Metcalf and will form a far better group of receivers than the ones KC gave up 30 and 34 to in the last two weeks. Seattle’s offense ranks 7th in the league in points scored and 5th in yards per play – Houston and Denver were 30th and 32nd in points scored and 27th and 31st in yards per play and moved the ball at will against KC. Seattle has been missing rookie running back Kenneth Walker III, but he returned last week against the 49ers to carry the ball 12 times. He will be closer to 100% on Saturday and should be able to effectively move the ball. Walker III could be in for a big day if the game script plays out right at Arrowhead.

The KC defense employees a bend but don’t break strategy that has been breaking recently. The Chief defense is now the second worst in the league at red zone defense, allowing touchdowns on 68% of opponent’s trips into the RedZone. They have allowed a lot of points to some bad offenses this year, but this week the Seahawks attack will look more like the Bengals, 49ers, and Chargers offenses that have averaged over 400 yards and 26 points per game against KC in 2022. KC’s defense consistently makes mental mistakes and leaves guys open and struggles when they have to defend the whole field as the Seahawks will make them do. I look for Seattle’s attack to have at least as much success as KC’s recent opponents and easily score into the mid or high 20s, maybe even 30s, this week.More Picks: Get Loot’s Washington at San Francisco Week 16 predicted spread winner >>>

There is no reason for me to elaborate on how Mahomes is the best quarterback in the world and how they will have success moving the ball and scoring on Saturday. Everyone knows how good he is, even with a mediocre receiving crew. Helping the matter this week will be a Seahawk defense that has given up just under 30 points per game since their week 11 bye. But KC’s offense has been making mistakes this year, and especially lately. They have turned the ball over 21 times this year, 4th most in the league – including eight times in the last four weeks. Mahomes is behind only Matt Ryan and Davis Mills in interceptions, and primary running back Isaiah Pacheco has fumbled four times on 150 touches in his rookie campaign. The Chief offense had stalled in games this year when they had an early lead and hasn’t been able to deliver a knock-out punch. We know the Chief offense will score, but they will need to put up at least 35 to cover this 10-point spread, which hasn’t happened since week 4. Even that might not be enough.

Take The Points In Arrowhead

If the Chiefs can’t cover big spreads against the Broncos or Texans, why would they be able to against a hungry Seahawk team? Take the 10 points with Seattle. Bet your Week 16 NFL picks for FREE this week by scoring a 50% real cash bonus up to $250 in free bets at the best sportsbook on the web! —> Bovada Sportsbook! They pay fast, offer TONS of props and have the BEST live betting platform on the planet!