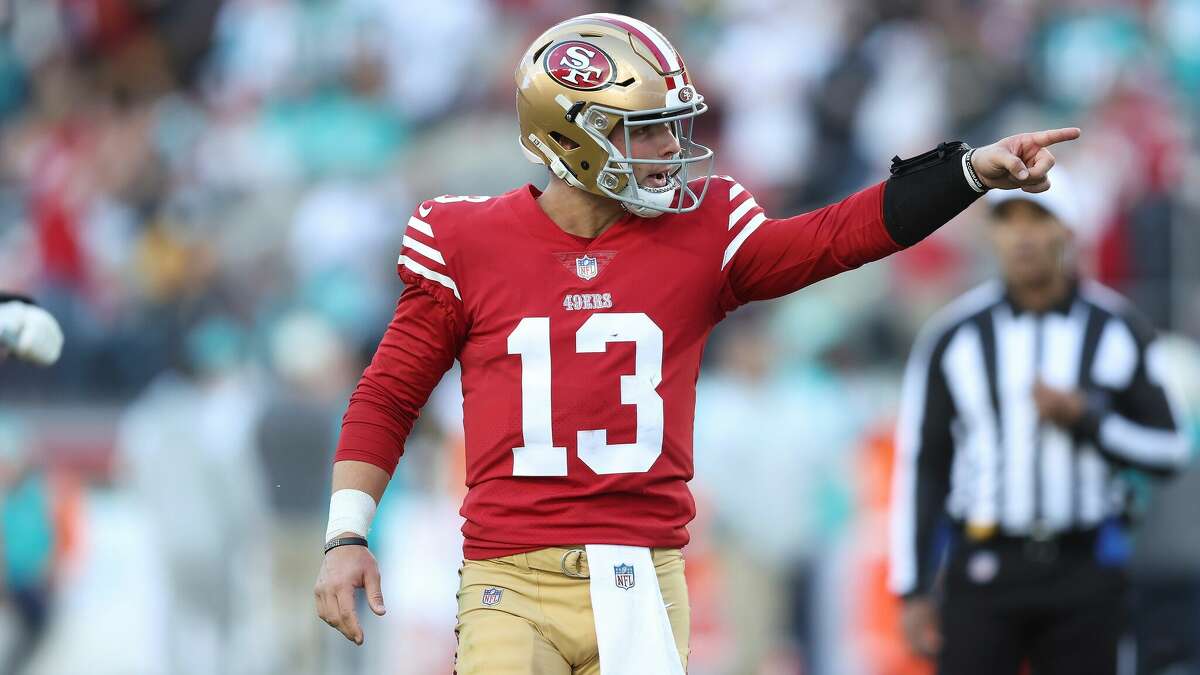 The Seattle Seahawks come to Levi’s Stadium to battle the San Francisco 49ers on Saturday in the NFC Wild Card playoffs. Seattle really needed some things to go well last week, first getting an overtime win over the Rams, then seeing the Lions rally late to beat the Packers, allowing the Seahawks to punch their playoff ticket, something a lot of people thought improbable at the beginning of the season. They will face a familiar foe in the 49ers, the number-two seed, and winners, on Sunday over the Cardinals, 38-13. With ten straight wins, they look to keep it going as they make a push for some big things in this postseason. Who can get us the cover this week in Santa Clara?

In a way, both teams have found themselves overcoming an improbable amount of negativity. For the Niners to soldier through what seemed to be a never-ending series of injuries to put together a 10-game win streak to end the season should really command some respect. Now working with the last pick in last year’s draft in QB Brock Purdy, the Niners have maintained their upward trajectory against all odds, a tribute to their depth, leadership, and coaching. And getting Christian McCaffrey didn’t hurt any, either.

The prospects of Seattle making it to the playoffs with Geno Smith at quarterback, along with other weaknesses standing out, seemed like a longshot. And just as it seemed that a strong start had faded into mediocrity, two good wins to close the season showed they still have something left. Still, most of the good stuff we saw from this group was in the first ten or so weeks of the season. And even in struggling massively to beat the Rams with a playoff spot on the line showed the Seahawks as a vulnerable team and probably one of the easier targets in this conference in the postseason.

What Two Previous Matchups Showed Us

Sometimes, in the playoffs, divisional teams will face off, giving bettors some data to use. With two previous matchups, one as recently as week 15, it’s a game where we’re not totally unfamiliar with the scope of possibilities. In their first meeting at Levi’s Stadium, the Seahawks took a 27-7 loss to a then Trey Lance-led Niners squad. Week 15 in Seattle saw the Seahawks more competitive in a 21-13 loss. Still, only two late scores by Seattle made it look closer, with George Kittle and CMC having a big game. Still, the Seahawks weren’t hopeless, with Geno Smith connecting decently with Tyler Lockett and DK Metcalf. Maybe they can get a little more out of RB Kenneth Walker. For as much of a slam-dunk this might seem like on paper for SF backers, beating a team three times in a season isn’t a breeze.

One can sense the pessimism in the air for the Seahawks. Geno Smith was recognized for a massive comeback season, but returns have been depreciating. It has been more difficult to camouflage some of the issues that really make them a problematic football product, things like dicey play along the line of scrimmage and a run-stop that sometimes disappears. A 6-3 start evaporated, as Seattle won once in six games, that being another narrow win over the Rams. So, even as they rebounded with wins over the sideways Jets and another squeaker over the Rams to get here, it’s hard to argue with people thinking that simply getting here represents the ceiling for this Seattle squad.

There is still something to be said for more under-the-radar team assets like character, guts, heart, and even coaching. Looking at their team with no point-of-reference shows a bottom-end team, but they’re in the playoffs. They have a QB that made the Pro Bowl when more-casual fans likely thought he was out of football. The run-game always finds answers no matter how many injury setbacks they endure. A genuine 1-2 punch at wide receiver never has them completely hopeless. Granted, the things they have done this year that were impressive were loaded more in the front-end of the season. It’s still important to gauge things like character, team-resolve, and the gear they have where over-achievement is something in which they’re capable.

With ten straight wins, it’s a weird notion that a team the Niners have beaten twice easily would be one to bring that to a stop with the stakes this high. That would be a bitter pill for the Niners to swallow. The Niners have the top-ranked defense in the league, and we’ve seen Purdy getting more comfortable, as the offense has scored 38, 37, and 37 points in the last three weeks. WR Deebo Samuel is back in the fold. Purdy and Kittle are connecting in a way where the tight end has suddenly recaptured his former pass-catching fervor. McCaffrey has slid right in beautifully, and if he needs to be spelled, they are deep, just as they are in all areas.

The Seahawks have a lot of heart. Seeing the Raiders’ offense take it to the Niners a few weeks ago offers some hope. But I keep going back to the respective trajectories of these two teams. While Seattle showed guts in getting here, they strike me as a downward-trending team, while the opposite can be said about a San Fran team that enters the postseason on a crescendo. Combined with how the Niners don’t really let their foot off the gas in an advantageous position, I just think it adds up to San Francisco coasting to the finish line with the win and the cover on Saturday. I’ll take the 49ers.

Loot’s Prediction to Cover the Point Spread: I’m betting on the San Francisco 49ers minus 10 points. Bet your NFL playoffs predictions for FREE by scoring a 100% REAL CASH bonus up to $500 when you use bonus promo code PREDICTEM at Betnow Sportsbook!