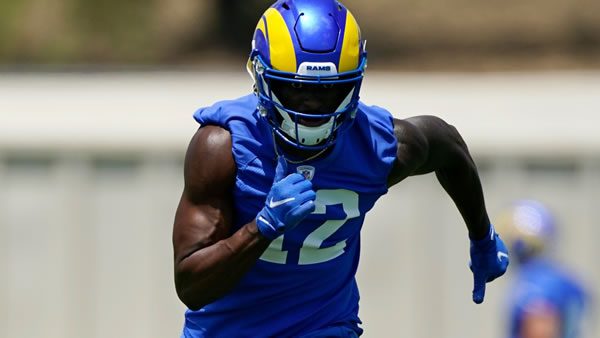 Point Spread: LV -6/LAR +6 (Bovada – You gotta check these guys out if you live bet games! BEAUTIFUL platform, all on one page, seamless, quick and easy, + 50% cash bonus!)

The Las Vegas Raiders take on the Los Angeles Rams on Thursday Night Football in week 14 action from Sofi Stadium. The Raiders are orchestrating a nice little turnaround. Whether it’s too little/too late remains to be seen, but three straight wins, including a 27-20 win over the Chargers on Sunday, has them entering week 14 with a head of steam. They come to SoFi to take on a sagging Rams squad, mired in a funk of 6 straight losses, including a 27-23 loss to Seattle on Sunday. Can they find some life, or will a Raiders team that is heating up take care of business on the road?

Can the Rams be Resuscitated?

In the midst of one of the biggest Super Bowl hangovers in recent memory, the defending champions are out of it, and nothing is really going well. Two straight covers and a game that they lost in the final minute on Sunday shows they might be completely flat on their back. But a lot of indications are bad for a team that at least partially looks to be shutting it down. All their best players are out of action. And considering that things weren’t going that well when those guys were in there, one can guess what it’s like without them. And even if guys like Matthew Stafford, Cooper Kupp, or Aaron Donald were ready, how urgent would it be to reintroduce them into this hopeless situation?

Still, there was a little boost last week with them going back to second-stringer John Wofford. They finally were able to get something out of the run game, and that’s something that could come in handy against the Raiders’ defense this coming week. But Wofford had a couple of key mistakes which were key. And the idea of an offense featuring Wofford, RB Cam Akers, and guys like Van Jefferson, Ben Skowronek, and Tutu Atwell doesn’t inspire much confidence. If looking for some silver lining, one could say that in the midst of the last five weeks, their “D” hasn’t given up over 27 points in any given game. And in a picture that offers such little optimism, that’s going to have to count for something for the Rams.

Have the Raiders Gotten It Together?

Three straight wins, including two straight over teams that had a lot to play for, have the Raiders looking pretty good. They’ve gone through different phases this season, including different spurts where they’re actually among the more-flourishing offensive squads in the conference. Week 14 finds them in another nice offensive groove. Big games from RB Joshua Jacobs and WR Davante Adams have become more the norm, oftentimes at the same time, which can make life hard on opposing defenses. The Raiders are getting better play from Derek Carr, and even with Hunter Renfrow and Darren Waller out of action, other guys are chipping in to make the Raiders an offense that can really do a lot of damage.

There are still enough drawbacks on this Raiders’ team to make them less than a slam-dunk proposition, even in a context where you’d picture them thriving. Better results lately do not eradicate this offense’s issue of bottoming out suddenly without warning. Obviously, when a team with this level of offensive menace is 5-7, there are going to be a lot of issues. That defense can really freefall at the drop of a hat. And it’s more than an aberration when that offense inexplicably grinds to a halt. The Rams have still retained at least a little venom on defense, but we’ve seen this Las Vegas offense sort of die on a vine even when it seemed they’d be in a position to thrive.

We’ve seen John Wofford a small handful of times now. He’s trying to establish himself as a real QB in this league. Granted, he doesn’t have the best stuff around him—a bad line and a depreciated corps in the skill positions. But he should at least be motivated, and against this Raiders’ defense, that can sometimes be enough. Facing possibly the worst secondary in the conference, if Wofford were to ever achieve some aerial success, why not this week at home? After scoring twice on Sunday, we could also see Cam Akers emerge from the doghouse and try to make an impression. There is still talent on this offense, combined with a lot of players looking to boost their careers. This is a matchup where even this group can do some damage.

The Raiders are really a curious team. Several weeks ago, they were the most choking team in the league, coming off a series of huge blown leads. Guys like Carr and Adams were melting down emotionally. So, to come off that stretch with three wins, all of which required late-game clutch to get those wins, shows some good signs. What it ends up amounting to is anyone’s guess, and their margin for error is painfully-small, yet we’re still seeing some of that same internal makeup that enabled them to get to the postseason last year against all odds and with everything going wrong.

Expecting a continuation of the past success hasn’t really worked out for those betting on the Raiders this season. This might be a better spot. And while it’s on the road, it’s in familiar territory with their divisional rival Chargers also using this same building. The Rams might not be as dead as some think, despite a long losing streak. The Raiders’ defense has its issues, and this offense can sometimes fail to fire. But I think they will build on this good momentum and take it to a Rams team that really needs some specialized conditions in order to thrive in their current form. I’ll take the Raiders.

Loot’s Prediction to Cover the Point Spread: I’m betting on the Las Vegas Raiders minus 6 points. Bankroll running low? End that issue by doubling your bankroll with a 100% real cash bonus from one of the numerous top tier betting sites on our sportsbook promo codes page!