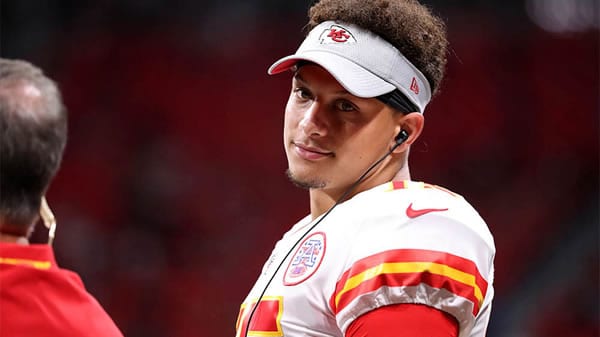 Andy Reid and the Chiefs will roll into Cincinnati Sunday to take on Zac Taylor and his Bengals in a battle of AFC division leaders. BOVADA.LV has made the Chiefs 2.5-point road favorites and set the game total at 52.5. Both of these teams are getting better as the calendar turns into December, so we would like to bet on both teams. Let’s get on board with Joe Burrow to give Cincy a chance to win the game and at least keep the score within the number. Here is the handicap.

The Bengal Offense Is Dialed In

Burrow missed the majority of the pre-season after having his appendix removed, which made for a rocky start for last year’s Super Bowl loser. The Bengals opened with two losses leading to choruses of them being overrated and a flash in the pan. As Burrow put the injury in the rear-view mirror, and the offensive line worked through some early season issues, the Cincy offense is back to the elite level they played at during the December and January last year. They have topped 30 points in 4 of their last six games, and though they only put up 20 against the Titans, they controlled the game in crunch time to ice a win. Most importantly, Burrow has only been sacked four times in the last three games and only has thrown four picks in the ten games since throwing 4 in week 1. Burrow should get back Ja’Marr Chase and Joe Mixon so all of his weapons will be at his disposal. Tee Higgens has stepped up in Chase’s absence with 16 catches for 262 yards over the last two weeks, proving he is also a WR1. Burrow and company are playing better each week, and I look for them to top 30 again this week.

Chief Defensive Coordinator Steve Spagnuolo has his squad where they always are at this point of the season. They are a middling unit that always seems to make a big play when the game is on the line. They are 5th in the league in sacks but blitz at a very high rate to get to the QB. They allow 4.3 yards per carry, but often teams have to forego the running game as the Chiefs are generally playing with the lead. However, their stats are inflated by playing both the Titans and Rams with bad backup QBs. KC allowed the Bills 443 yards, and the Chargers averaged 390 in their two contests. Cincy put up 475 yards and 34 points in week 17 last year against the Chiefs, followed that up with 359 yards and 27 points in the AFC Championship game. I don’t expect the Chiefs will have figured out how to stop the Bengal offense on Sunday.

Cincy’s Defense Will Show Up

It’s hard to believe, but Patrick Mahomes is having the best year of his career. No Tyreek Hill, No Problem. Mahomes has taken mediocre receivers from around the league and pieced together a unit that complements tight end Travis Kelce – who is also having a career year. Andy Reid’s squad is #1 in every important offensive category – points, yards, yards per play, and first downs. They average 24 passing yards per game and have six more passing touchdowns than any other team. Rookie Isiah Pacheko has even given KC a reliable rushing attack since he earned the starting role three weeks ago. He can get the tough yards and milk the clock in the 4th quarter. So the Bengal defense will have their work cut out, but I think they will be up for it.

Cincy’s stop unit is not the best in the league. They rank 13th in opponents’ points allowed and 15th in opponent’s yards per play. They have allowed 30 or more points to the Steelers and Browns in the last month, but they have proven they shut down their opposition in the second halves of games. Nowhere is that more evident than it was against KC last year. In week 17, KC put up 28 first-half points but only a field goal in the second half. Then with a trip to the Super Bowl on the line, Mahomes led the Chiefs to 21 first-half points, but again only one field goal in the second half. DC Joe Anarumo has kept up that magic this year, continuously shutting down opponents in the second half when games are on the line. I expect Cincy will again have enough defensive success to keep this game close and give Burrow a chance to pull one out of his hat as the clock runs down.

This Line Is Too Big

KC is definitely a better team than Cincinnati, but it shouldn’t be nearly a field goal favorite on the road. The Bengals are tied for league best with eight covers, including 5 of their last six games. The only game they didn’t cover was when the laid an egg against the Browns 4 weeks ago. They have covered their three home games since week 1. Meanwhile, KC has only covered four games on the season and has a knack for not delivering knock out punches when they have the chance. This spread should be Pick or maybe KC as a 1-point road favorite. The Books know that the public will come in on KC, so they are offering a little value with the hometown Bengals.

Cincy Is the Play

Joe Burrow has proved he can play on the same stage as all-world Patrick Mahomes. Let’s back Burrow and the Bengals to cover the short spread and maybe sneak out their 3rd win against the Chiefs in the last 12 months. Take the Bengals and the points.