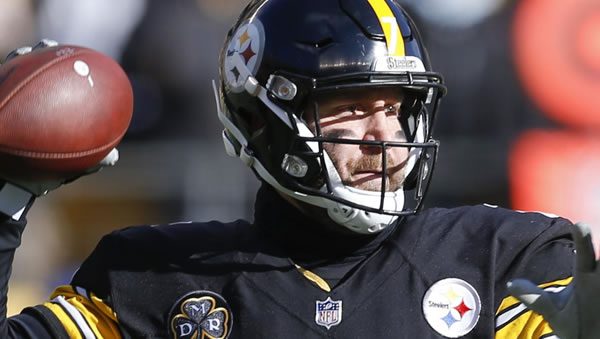 Point Spread: DEN +1/PIT -1 (Bookmaker - Want to bet online but are worried about shady fly-by-night operations? This is the sportsbook for you! Online since the 1990’s and they take bets of 50K plus!)

The Denver Broncos take on the Pittsburgh Steelers on Sunday at Heinz Field in AFC action. For Denver, last Sunday was a major setback not only in that they lost their first real test of the season, 23-7, to the Ravens but with Teddy Bridgewater going down with a concussion, as well. They look to bounce back on the road against Pittsburgh this week. On Sunday, the Steelers fell to 1-3 with a 27-17 loss at Lambeau to the Packers. Who can atone for last week in this matchup?

It depends. With Drew Lock behind center, they probably take a step backward. The O-line was pretty rough on Sunday, and this could be a spot where the Steelers punish them at home. The Denver offense looked really flat on Sunday. They have good players but a lot of guys who just don’t deliver in an offense that isn’t that strong and has a lot of different mouths to feed. No one really establishes a consistent run of excellence in this unit. Usually, with teams, one guy will have a big stat-line on offense. With Denver, oftentimes, it’s just a bunch of mediocrity all mixed together. Against Denver, this is a spot where the Steelers’ defense might be under less overall pressure.

It’s just that after beating the Giants, Jaguars, and Jets, Sunday represented a chance for the Broncos to confirm the upswing. Not that they aren’t better. Baltimore isn’t an easy team to beat, and Denver’s growth won’t be just constant upward movement. There will be bumps. And losing Bridgewater threw them off. Even with their offense going into the tank, the Broncos really had the Baltimore offense in knots at times, with the run-defense really shining. Against Pittsburgh, this is a spot where they can potentially thrive. A formidable Denver front-seven could run over the Steelers’ offensive line, and with Roethlisberger looking as vulnerable as ever, this is an area of ample concern.

Good Spot for the Steelers?

They have been finding it hard to run the ball. Not that Najee Harris hasn’t been productive in other ways, but in terms of sheer rushing, the Steelers can’t do it. With the immobile Ben Roethlisberger back there behind an offensive line that is among the leakiest in the conference, this Denver defense might not be the one you want to be facing. Roethlisberger is also facing a hip injury. Denver showing more weakness against the pass offers hope for Big Ben with his many different targets. Maybe he can make use of his receivers and Harris in the run game. But the dysfunction upfront, the rapid aging over the last season for Roethlisberger at an age where it’s completely normal to start looking old, and a defense that hasn’t picked up the slack make this a decent bounce-back spot for the Broncos.

There is still hope for the Steelers, and even with Big Ben looking rickety and all their other issues, they at least won’t have to outpace a high-powered offense on the other sideline. Against the respectable quartet of offenses in the Bills, Raiders, Bengals, and Packers, the Steelers allowed 93 points, not great, but somewhat resolute in its own way. Against a team that would appear to be on the lower scale of offensive threats they face this season, maybe a strong showing at home puts them right in this game. It has definitely been slim pickings since the week one surprise win over Buffalo. They haven’t even been really competitive since that game. But other than the two-touchdown loss to Cincy, they’ve been in pretty tough spots.

Obstacles for the Broncos This Week

Again, it comes down to the offense. If Bridgewater cannot clear concussion protocol this week, they have a QB in Lock who is usually even less able to take advantage of some of their weaponry. With two good backs in Melvin Gordon and rookie Javonte Williams, along with Courtland Sutton and other weapons like Tim Patrick, they should get more. But it’s not just the QB position that the injury bug has bitten. Young receivers Jerry Jeudy and KJ Hamler are both on IR, a crucial part of Denver’s aerial attack. Both of their starting guards missed the last game. The “D” is taking hits. And while they enter this game 3-1, this is a crucial part of the season. If they can overcome these injuries, get healthier, and see it through, they could be in a good spot. It’s just that last week showed they might be starting to crack under the weight of some of these personnel setbacks.

In a way, you have two offenses that have weapons but struggle to get the ball in their hands enough. You see all this offensive talent that would be thriving on different teams struggling to make an impact in most games. There is never room for more than one guy to shine. But even if Pittsburgh in many ways suffers from the same affliction, Denver is still going to need to sustain some offensive success, and in their first taste of action against the AFC North last week, that didn’t happen. They look for better results this week in the Steel City.

In a game that figures to be close and not all that high scoring, I tend to defer to the more overall functional football product in the Broncos. Something about Pittsburgh seems broken, and they could come off in a better light at home against a still-unproven Denver bunch. The Broncos being better in the trenches, having a more diverse offense and defense, and having fewer overall glaring weaknesses should be enough to see them through to a close win on the road at Heinz this week. I’ll take the Broncos.

Loot’s Prediction to Cover the Point Spread: I’m betting on the Denver Broncos plus 1 point. Bet your week 5 NFL picks for FREE by taking advantage of a 100% REAL CASH bonus on your first deposit of $100 to $500 at GTBets!