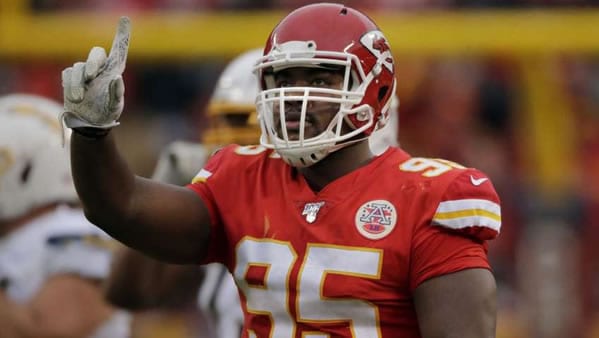 If complete mismatches pique your interest, one of the biggest mismatches of the season will take place on Sunday when the Kansas City Chiefs host the winless New York Jets at Arrowhead Stadium. I know the Steelers are technically still undefeated, but I am a firm believer the Chiefs are still the best team in the NFL. This week the Chiefs will have the luxury of hosting the New York Jets, who are not only winless but completely hopeless. In their seven losses, the Jets have not been within one score in any outcome this season and have been blown out by 20 or more points in 3 games. As a result, the Jets will be 20 point underdogs on Sunday, which is the largest margin of the 2020 NFL season in their Week 8 match-up against the Chiefs.

The troubles between Le’Veon Bell and the New York Jets had been brewing for quite some time. Jets Head Coach Adam Gase never thought a franchise running back was needed in his system, which I still don’t understand when it’s obvious the team needs all the help they can get. After signing a 52 million dollar contract in 2019, the Jets simply released their start back after reported trade negotiations fell-through. Bell had several options in the open market but decided to sign with the loaded Chiefs offense in the hopes of playing for a championship. Last week, Bell made his debut with Kansas City, carrying the ball six times for 39 yards. In many ways, Bell was not needed as the Chiefs blasted the Broncos in every facet of the game in a 43-16 blowout.

While Bell’s usage remains somewhat questionable alongside breakout rookie running back Clyde Edwards-Helaire, rest assured that Bell has extra motivation this week as he goes against his former team. Typically I would not mention such revenge plots, but considering the way things ended in New York, I imagine that Bell will be more involved this week and will try to make the most of his opportunities. Though I would love to see Bell have a big game because I believe he was truly disrespected by New York, the Jets actually defend the run reasonably well for a winless team. The defenses struggles have mainly come in the passing game and been a product of simply being on the field too long.

We all know the Chiefs are loaded on offense. QB Patrick Mahomes, TE Travis Kelce, WR Tyreek Hill, and tailbacks CEH and Bell provide a true all-madden type threat in terms of raw talent. Against the Jets defense, I don’t expect the Chiefs to have many issues moving the football because, quite frankly, nobody in the NFL can stop them consistently. However, we are dealing with a relatively large 20 point spread in this game, which is rare for NFL standards. With that said, I believe the Chiefs defense is the ticket to the cover. The Jets rushing attack is non-existent in Bell’s departure, and QB Sam Darnold has looked awful, completing just 58% passing with three touchdowns and six picks on the season.

After missing a few games with an injury, Darnold replaced washed-up Joe Flacco by completing just 12 of 23 passing for 120 yards with 0 touchdowns and two picks in last week’s 18-10 loss to the Bills. Luckily in that game, Buffalo could not do anything offensively, which kept the Jets in the game. However, I think the script will be flipped on Sunday. Kansas City will find ways to score either on offense or by special teams who helped spark big plays in week 7. Once that happens, the Jets are going to be put in pressured passing scenarios, and I expect the Kansas City pass rush to feast on Darnold duress. Expect a few more turnovers and another forgettable output by the Jets again this week. I’m riding the Chiefs as they prove why the 20 point spread is nothing but a number.

Jay’s Pick to Cover the Point Spread: Kansas City -20. Bet your Jets/Chiefs pick FREE by grabbing a 50% real cash bonus on your first deposit of $100 to $500 at the sportsbook with the BEST live betting platform on the web, where you get rebates on ALL your bets, even if they win, and where you get treated with respect when requesting a payout. They pay FAST! Find all this and more at Bovada Sportsbook!