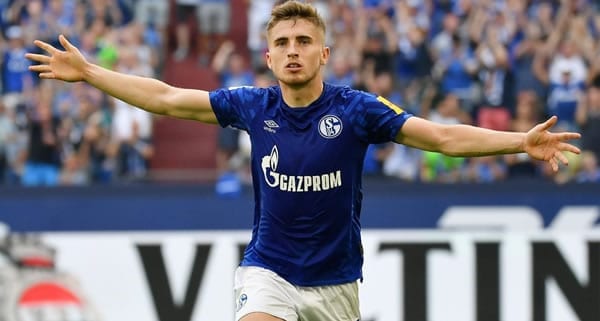 Leverkusen defeated Schalke 2-1 at the BayArena on Dec. 7.

After facing the Bundesliga’s hottest side in Bayern Munich, Leverkusen now gets the exact opposite in Schalke, which has been the Bundesliga’s worst since the restart. The Miners picked up their first point since the restart by hitting a brilliant shot against Union Berlin. Still, otherwise, Schalke has basically decided that the season is over and it’s time to focus on next year.

That’s exactly what Bayer Leverkusen needs right now because of the Worker’s Eleven control their fate as far as playing Champions League soccer next season. All they have to do is win their final four matches and hope Borussia Monchengladbach slips somewhere, a highly likely possibility with Monchengladbach facing Bayern Munich. After playing a hard 90 minutes against Bayern last week, Leverkusen should be pumped to come out against a much weaker foe.

Against any other side in the Bundesliga, Bayer Leverkusen would have taken home a win last week. Unfortunately for the Worker’s Eleven, taking even a point off Bayern Munich is borderline impossible right now, as the Bavarians dissected their hosts for a fairly comfortable victory. But Leverkusen never stopped pushing and picked up a consolation goal near the end, making it four times in six matches that Leverkusen has sent at least two balls into the net.

Actually, that’s now five in seven matches, because Leverkusen had to play Tuesday in the semifinals of the German Cup, crushing the Cinderella story of fourth-level side FC Saarbrucken. That match shouldn’t affect this much because Leverkusen mostly played a B side and will still have had four full days of rest since their easy victory. Even though Schalke is easily the more rested team, Leverkusen didn’t have to expend much energy against Saarbrucken and should be ready to continue its assault on the net.

On the plus side, Schalke finally scored its second goal since the restart, and they even pulled out a draw by not conceding the rest of the way to Union Berlin. On the negative side, it’s yet another result without a win for the Miners, who are now on a club-record 12 straight matches without a victory (0-7-5). Cracks were already appearing for Schalke long before the restart, in large part because this team has no real threat to find the target. Schalke’s two best goal scorers, Amine Harit and Suat Serdar are fine midfielders — when they’re healthy, something neither man is at the moment — but they’re midfielders, not strikers.

When a pair of midfielders are your two best scorers, and you lose both to injury, there really isn’t much left in the way of an attack. Ahmed Kutucu — also not fully fit to play; he’s come off the bench in the past two matches — was the last Schalke forward to hit the net, and that was back in February. The last time a Schalke forward, who’s projected to be in the starting 11, found the goal? Dec. 15, 2019, when Benito Raman scored the only goal in a 1-0 win over Eintracht Frankfurt.

You see the problem here.

Here’s a plus-money bet that won’t get a lot of attention, but really should: backing Leverkusen to score in both halves. The Worker’s Eleven tend to get the job done throughout the match, as they’ve scored in both halves in five of their past seven games. Plus, Schalke has conceded a first-half goal in four of its previous five matches, and Leverkusen has scored in the second half in seven straight. At +135, this is crying out for a bet.

For the match itself, I’m sure it seems like I’m picking on Schalke, but I’m riding this train for as long as possible. The Miners have failed to score in three of their five matches and have looked either disinterested or clueless in the attacking third of the pitch. Plus, the Worker’s Eleven badly needs a clean sheet here for goal differential. They trail Monchengladbach by five goals, and if the teams are tied, goal differential is the tiebreaker so that a shutout would be huge. Because of those factors, backing Leverkusen to win to nil at +165 seems like an excellent spot to put your money.

That said, I’d stay away from the over here. Leverkusen is a solid bet to get two or three goals, but with Schalke likely to fire a blank, -139 isn’t enough to get me interested in Leverkusen alone hitting that total.

Leverkusen needs goals and a shutout, and it has the right opponent to do that against. Schalke has looked discombobulated since play resumed and probably isn’t going to put up much resistance against a side that badly needs this match.

I think Leverkusen comes out with a point to prove and bosses the match from start to finish in this one. Given how well they’ve been scoring and the number on it, I think a 3-0 win for Leverkusen at +1100 is the right way to play this one.