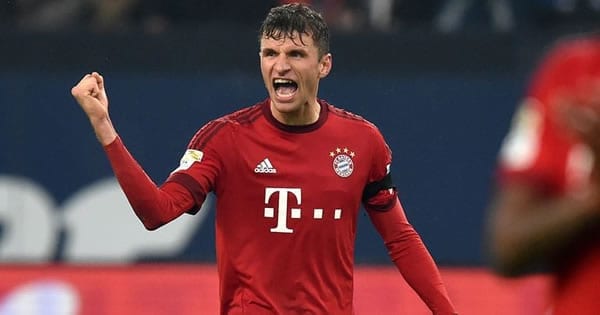 The title is virtually locked up for Bayern, and now the only question is when will they clinch it and how big will their margin be. All Bayern has to do to seal the title is get either three wins or two wins and two draws, and given that they’ve now won 14 of their past 15 matches and tied the other, life is pretty good for Hansi Flick’s side.

On the Leverkusen side, there’s everything to play for. By the time this match kicks off, Leverkusen will know what they have to do to either keep pace with Monchengladbach for fourth or pass them entirely. Given that the remaining schedule for the Worker’s Eleven includes a mediocre Cologne, a collapsing Schalke, and relegation-threatened Mainz, a result here might give Leverkusen the edge it needs to pass Monchengladbach for fourth place and the all-important Champions League place.

Conservative is the last thing you’d expect from a side with Bayern’s talent, but conservative is the name of the game for the Bavarians when they come up against a squad who can match them on ability. The reason the Bavarians are about to claim their eighth straight title isn’t that they’ve beaten up their biggest opponents. In fact, against the rest of the Bundesliga Big Five (Bayern, Borussia Dortmund, RB Leipzig, Monchengladbach, and Leverkusen), the only one that Bayern has beaten all year is Dortmund. Otherwise, they’ve drawn with Leipzig twice and lost to both Leverkusen and Monchengladbach.

That said, Bayern isn’t the same team that it was in December. Robert Lewandowski and Thomas Muller are hitting on all cylinders again, and Bayern has looked like a complete side since the restart. Even against Dortmund, Bayern was never in danger of actually losing the match, and that was a match that Dortmund absolutely had to have. Bayern knows what it needs to do in this match and is very capable of reversing the scoreline from the first meeting.

If you love excitement, then Leverkusen has been your team. Betting the over has usually been an excellent strategy with the Worker’s Eleven, as they’ve seen at least four balls fly into the net in three of their four matches since the restart and have yet to be shut out in 2020. Much of that is because of Kai Havertz, who has five goals since the restart and looks to be the next major star of the German national team, given that he’s just 20 years old.

However, whether Havertz will actually be able to give his full 90 in this match is a question mark. He was injured and had to be substituted in the second half of Leverkusen’s win over Freiburg, and while Leverkusen boss Peter Bosz says that he’s okay, it remains to be seen until kickoff just how healthy he is. Leverkusen isn’t exactly a one-man show, but if Havertz isn’t on the pitch, Bayern’s job of containing other threats becomes that much easier.

Bayern has played some beautiful soccer under Hansi Flick, but against the big teams of the Bundesliga, that tends not to happen. The truth is that Bayern doesn’t need to win this match and, given that Monchengladbach has to go to Bayern next week, Leverkusen doesn’t either. A draw will absolutely suit both teams just fine, so don’t expect this to be the kind of wide-open match that we’re used to seeing when Leverkusen takes the pitch.

If you just can’t see yourself betting against Bayern, I really like the idea of betting Bayern and under 2.5 goals in the match. It happened against Dortmund, and I can absolutely see it happening here as well. At +525, those are juicy odds. If you’re feeling conservative, you can make it under 3.5 goals instead and still walk away with a solid win at +210. Note: We oftentimes post special bonus offers for our readers to take advantage of, which get them free money added on to their deposits. While this is great, as who doesn’t like free bets/free money, it’s not the truest value to be had. Most aren’t aware, but there are a couple online bookmakers out there that offer the ability to bet at discounted odds. Better yet, there are no clubs to join or monthly fees to do so. It’s like shopping at Walmart prices rather than your more expensive local store, except the product is exactly the same quality. When you stop to think about it, betting on games at -110 odds when you could be wagering on the very same game at -105 odds (or less) is ridiculous. Please consider making the switch to 5Dimes Sportsbook. Not only will you save yourself approximately $5 for every $100 you risk, you’ll be helping us stay in business so we can offer you the free information you come here for. Click here to check them out! You’ll be so glad you did! (And we appreciate it!)

Everyone is expecting goals here. I just do not see it in this situation. I think Bayern will play conservatively and play not to lose, and I believe Leverkusen will be just fine with that. As long as Monchengladbach doesn’t win in Munich next week, a draw is perfectly palatable from a Leverkusen point of view.

But whether Leverkusen can actually get the draw is another matter. It wouldn’t shock me at all if the Worker’s Eleven can win a point off this matchup, but after seeing what Bayern did against Dortmund, I don’t see Leverkusen having better luck. With everyone expecting goals, a low-scoring match offers a big payout, and I’ll go for Bayern to win this match 1-0 at +1200.

Top Sportsbook For Canadians
-105 on Most Markets