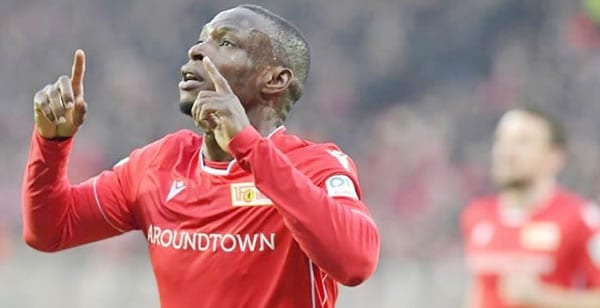 Schalke defeated Union Berlin 2-1 on Nov. 29 at VELTINS-Arena in Gelsenkirchen.

If you like well-played soccer, avert your eyes. These two teams might be the least on-form squads of any in the Bundesliga. Since the restart, Schalke has lost four straight and scored a mere one goal while conceding 10 of them. Union hasn’t been much better, losing three and getting a draw against relegation-threatened Mainz. The Iron Ones haven’t been much better at scoring either, finding the net twice in four matches. The good news — what little there is — is that qualifies as a streak, as Union has now scored in consecutive games.

If scoring in consecutive matches seems like a small thing, it is. But it’s also more than Schalke can say — and it’s something Schalke hasn’t done since January.

How much longer can David Wagner hold on to his job with how things are going at Schalke? Schalke is not exactly a club known for its patience. Just last year, it fired Domenico Tedesco after losing seven straight matches in his second season — and all Tedesco did in his first season was lead Schalke to a second-place finish in the Bundesliga. Schalke has looked like a ship without a port since the restart, and it wasn’t exactly on a great course before play stopped in March.

In 12 games in 2020, Schalke has been shut out eight times, and they’ve scored a mere five goals since the calendar turned. The last time Schalke got a win was Jan. 17, and that was also the last time that Schalke managed to get more than a single goal in a match. The Miners look completely directionless at the moment, and there is no end in sight. Only American Weston McKinnie, who has two of Schalke’s three goals in the past 11 matches, seems to have any ideas around the net; the rest of the Royal Blues look like they just want this season to end.

While Schalke is collapsing, Union Berlin has just run out of steam. The East Berlin side has played very aggressive and attractive soccer for most of the season, but this team clearly just wants to get through the year outside the relegation zone and prepare for a second year of life in the Bundesliga. Unfortunately, they haven’t yet done enough to achieve that goal. The Iron Ones are perilously close to getting sucked into a relegation fight that they are ill-prepared for, which means that they’ve got to get a win.

Luckily, this is the perfect situation for them to do precisely that. Union has been a much better home side than it has an away side, as it held Bayern Munich to a 2-0 result in the first match since the restart and managed to get a tie against Mainz in its other home match. That tie was actually rather impressive because Union had to play the entire second half a man down. If the Iron Ones can continue to be that strong at the back, they have an excellent shot at getting the win they need.

Here’s a bet you might want to consider for this match: a scoreless first half. Union doesn’t have much of an offense to speak of, and Schalke has been shut out in the first half in 11 of its last 12 matches. A scoreless first half will payout at +160, which isn’t fantastic, but it isn’t a bad payday.

This might also be the time to break out the bet that I hit last week against Schalke: Union Berlin to win and under 2.5 goals. Union is a capable side at home and plays very good defense on its home turf, and Schalke hasn’t shown any ability to score no matter where it plays. Like Werder, Union isn’t a high scoring side and isn’t likely to get more than two goals in a match (the Iron Ones haven’t topped two goals in a game since Nov. 9), so taking Union and under 2.5 goals at +400 is a much better bet than the +300 payout you’ll get on Union to win to nil.

Fading Schalke has been a fantastic way to make money this season, but if you just can’t see Union breaking its skid here, you could play for the draw at +220. A draw would be helpful to Union, so there’s reason to think it can hit.

This game could easily finish as a scoreless draw, but I think Union has shown enough to find the net and get the result it needs to all but guarantee its safety. I’ve faded Schalke for four straight matches now, and I’m going to keep fading Schalke until I see a reason not to fade them. Given that Union plays defense rather well at home and needs to get something out of this match, I like Union to grab a 1-0 win at +725.