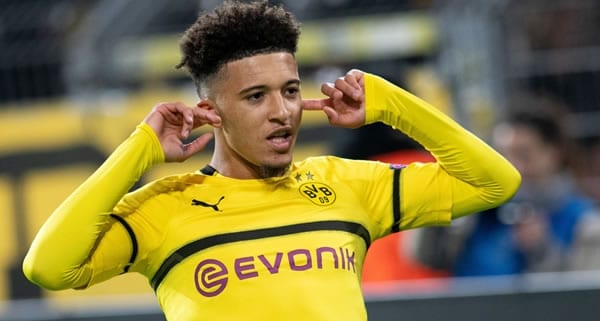 This is the big one, Der Klassiker. This match is by far the biggest in the Bundesliga, as these are far and away the most decorated sides in the league. The past ten titles have gone to either Bayern or Dortmund, and this year looks to be no different, as these are by far the most likely champions of this strange season.

Both teams have looked outstanding since the restart, but Dortmund has admittedly faced more vigorous opposition than Bayern. Beating Schalke is no big deal these days, but Dortmund also had to go to Wolfsburg, which sits in a Europa League spot. Bayern has been nothing short of prolific at finding the net, but it hasn’t hurt that they’ve faced a meek Union Berlin side and a relegation-threatened Eintracht Frankfurt. Dortmund will easily be the strongest side Bayern has seen since February 9 against RB Leipzig — the last team that Bayern wasn’t able to defeat.

If Bayern is going to win its eighth consecutive title, it’s going to have to earn it. The Bavarians are about to go through their biggest gauntlet of the season, as they’ll face Bayer Leverkusen and Borussia Monchengladbach along with Dortmund over the next three weeks. Bayern has looked fantastic ever since Hansi Flick took over as manager in November, going 14-2-1 since his appointment.

But truth be told, there are still questions about Bayern’s ability to handle a team that can hit back. Eintracht Frankfurt looked completely lost for 50 minutes in going down 3-0, but Bayern then fell asleep twice and allowed the visitors back in the match with a pair of quick goals. A better side than Frankfurt might have taken advantage of the lazy defending and made the Bavarians pay, and Dortmund is undoubtedly a better side than the opposition Bayern has faced since the restart.

What isn’t in question is Bayern’s ability to hit a lot of goals. This side has scored 80 goals in 27 matches, and it probably should have been more if their finishing had been on point against Union Berlin. Bayern has the ability to turn a match around in minutes, and a match is never safe against a side that boasts Robert Lewandowski and Thomas Muller on the attack.

Don’t read too much into the 4-0 win for Bayern at Allianz Arena. Dortmund seldom plays well in Munich and usually loses by some rather embarrassing scores at Bayern’s home ground. Over the past five seasons, the closest Dortmund has come in the away fixture is a 4-1 loss, and Bayern has outscored the Yellow and Black 24-2 at Allianz Arena.

But at Signal Iduna Park, Dortmund have been the aggressors. Over the past four meetings between the two at Dortmund’s home, Bayern has won just once and been shut out twice. There’s also the fact that Dortmund is playing better than anyone at both ends of the pitch. In the two matches since the restart, the Yellow and Black have scored six and conceded zero.

There’s another big reason to ignore the first meeting: Dortmund’s two young stars, Erling Haaland and Jadon Sancho, weren’t on the pitch for most of that match. Sancho came off with an injury in the 36th minute while Dortmund were down just 1-0, and Haaland wasn’t in Germany at all, as he was competing for Red Bull Salzburg in the Austrian league before transferring to Dortmund in December. Both are expected to be in the lineup for this matchup, and that gives the Yellow and Black the firepower to match Bayern that they didn’t have last time.

This is an ideal spot to take Dortmund on a double chance (-110). The Yellow and Black tends to play very well at home, and they absolutely have to have this game if they want to take the title from Bayern. If you’re feeling daring, you might want to take Dortmund on a draw no bet at +165. Twelve of the past 13 Der Klassikers have finished with one side claiming victory, so history says that a draw is fairly unlikely. Given that a draw doesn’t really help Dortmund, it might be worth risking the push on a tie to back the Yellow and Black to win.

The danger here is that Bayern doesn’t have to win this match in order to help its title prospects. The Bavarians head into this match four points clear of Dortmund, so all they need is a draw and they’ll exit Signal Iduna Park in the same situation they were in when they began the day. Unfortunately, there’s no value in taking Bayern on a double chance, so your best bet if you like Bayern is to play the over. The past six meetings Der Klassikers have all seen at least four balls fly into the net, so the over looks like a very strong play.

I’m expecting a wide-open, fun match that allows both sides to show why they’ve been the cream of the crop in the Bundesliga for the past decade. Dortmund has the firepower to go toe-to-toe with Bayern, and they’re riding a six-match winning streak to boot.

But Bayern isn’t going to give this title up without a fight, and I think they’ve got just enough to deny Dortmund the win the Yellow and Black needs to really put the pressure on the holders. Dortmund’s defense has been sensational, but they haven’t seen an attack like Bayern’s in quite some time. I’m going to go for a 2-2 pick on the correct score at +1050. Bet your Bayern/Dortmund pick for FREE by taking advantage of a 100% REAL CASH bonus on your first deposit of $100 to $300 at MyBookie! You’ll need to use this special link to sign up and activate the bonus.