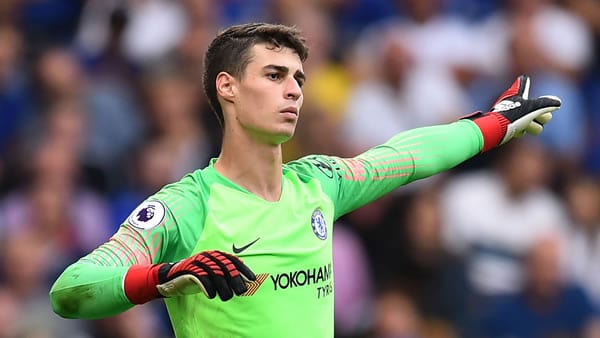 With Notre Dame football in quarantine, NBC’s got to show something, so the Premier League takes center stage on Saturday afternoon. NBC probably would have preferred a better matchup than this one, however, as West Brom is really struggling to find its footing in its first season back in the Premier League. The Baggies haven’t come close to getting a point in either of their first two matches, losing both of them by three goals.

On the other hand, Chelsea hit a snag in its attempt to return to the top of the Premier League. The Blues looked great against Brighton in their opener, but a red card against Liverpool at the end of the first half took Chelsea out of the match and led to a shutout loss at home against the defending champions. Can they take out their frustrations on West Brom and snag a needed three points to get back on track?

Chelsea’s biggest concern is the defense, and it might be even weaker in this matchup given that the red card against Liverpool means center back Andreas Christensen is suspended for Saturday. But the real problem with the Chelsea defense is the Chelsea goalkeeper. The keeper position was long a source of strength for the Blues, who enjoyed 13 years of stability at the position between Czech legend Petr Cech and Belgian lead keeper Thibault Courtois. But Cech is retired, and Courtois has been at Real Madrid since 2018, leaving Chelsea far from satisfied with Kepa Arrizabalaga in the net.

To that end, Frank Lampard has brought in Senegal netminder Edouard Mendy as the new Chelsea keeper, which likely means that Arrizabalaga’s days are numbered. But the deal’s timing means that Chelsea will either have to stick with Arrizabalaga for at least one more Premier League match or turn to 38-year-old Willy Caballero, who played last year when Arrizabalaga was injured and wasn’t an improvement.

That means that goals could be coming in this one. Chelsea has allowed at least one goal in 19 consecutive Premier League road matches (the equivalent of a full season), and with West Brom having scored twice last week, there’s every reason to expect the Baggies to find the net. The good news for Chelsea is that Kai Havertz seems to have made his mark on the Chelsea offense. Havertz had a hat trick in the Blues’ rout of second-tier Barnsley in the EFL Cup, and if he’s on form, Chelsea should have little trouble withstanding a West Brom goal or two.

West Brom has proven itself to be a quality side for a little more than a half. In two Premier League matches, the Baggies held Leicester City scoreless for the first half and held their own with Everton, playing the Toffees to a 2-2 draw through 47 minutes. But once it gets to around the 50 to 55-minute mark, the wheels have come off in a hurry for West Brom. Over the final 40 minutes of the match, West Brom has been outscored by a ridiculous 6-0 margin and ended up turning a pair of draws into a pair of three-goal losses.

The good news for West Brom is that they appear to have two genuinely strong attacking options in Grady Diangana, who scored the opening goal last week against Everton, and Callum Robinson, who was the top scorer down the stretch last year for the Baggies and recently completed a permanent move to West Brom. The bad news is that the defense has been abysmal. Against Leicester, West Brom conceded two penalties because of poor defensive play, allowing Jamie Vardy and the Foxes to turn the match into a rout. Against Everton, West Brom played the second half with ten men after Kieran Gibbs earned a red card, meaning the Englishman won’t be available in this match.

That’s really bad news in this matchup, as Chelsea is by far the strongest attack West Brom has seen since winning promotion. Unlike Everton, which doesn’t have a prolific goalscorer, or Leicester, whose attack is often Jamie Vardy and little else, Chelsea has a multitude of ways to hurt its opponents, which could spell big trouble for an already shaky defense.

After Chelsea’s 3-1 win over Brighton, I asked my brother to burn this into my skull: Chelsea does not shut out anyone away from Stamford Bridge.

I repeat: Chelsea. Does. Not. Shut. Out. ANYONE. Away. From. Stamford. Bridge.

Vegas has ignored the fact that the Blues have conceded in 19 straight road matches in the Premier League and given us +185 to take Chelsea to win and both to score (Chelsea to win to nil is only +135), in large part because Chelsea has managed to shut out West Brom in its past three meetings with the Baggies. But all of those matches were played with Courtois in net, and as we discussed earlier, he plays for Real Madrid now. I do not trust either Arrizabalaga or Caballero, and neither does Frank Lampard, which means that you shouldn’t, either.

But if you’re worried that this might be the day that Chelsea finally gets a shutout on the road (personally, I think that’s coming when Mendy takes over the keeper’s position and Chelsea gets to face Burnley on Halloween), do yourself a favor and take Chelsea to win by at least two at +105. I wouldn’t bother with Chelsea winning and over 2.5 goals, because you’re going to have to pay small juice (-110) for that prospect.

I don’t think Chelsea will have any problem beating this side by at least two, so that’s where I’d put my money if you want insurance against a clean sheet. If you feel more daring, give a second goal, and get +250 for it. You could also take Chelsea to score at least three goals at +135, a target I think the Blues can easily hit against this defense.

Finally, here’s a weird one that I really like: take Chelsea to win the match after being tied at halftime at +300. Remember, West Brom has looked like a credible side for about 50 minutes before fading badly down the stretch. As long as Chelsea doesn’t pick up another red card at the end of the first half, we might be able to exploit that and get triple returns.

I expect goals and plenty of them. Havertz appears to have found his sea legs at Chelsea and should be able to punish West Brom’s leaky defense throughout this match. With the Baggies having lost their first two matches by three goals each, I’m going to play them to do exactly that for a third straight game.

However, we’ve got to remember that with this Chelsea defense, there’s almost sure to be at least one West Brom goal in there before the 90 minutes are up. So I’m going to take Chelsea to win this match 4-1 at +1700. Bet this weekend’s soccer picks FREE by scoring a 100% REAL CASH bonus on your first deposit of $100 to $300 at MyBookie Sportsbook!