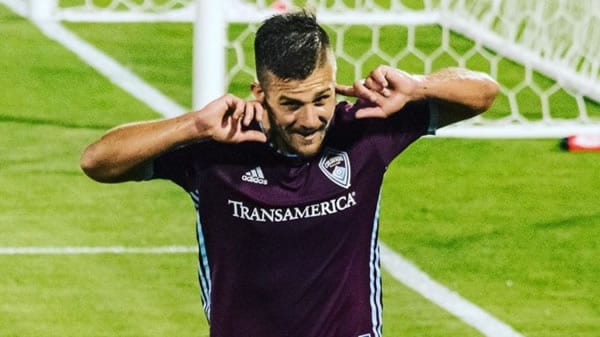 These might be the two hottest teams in the Western Conference, as neither has lost in November, and they’ve been paired together for the first round. Colorado had to go into quarantine after COVID knocked them out of action in early October, but the Rapids came out of quarantine by beating both Seattle and Portland and then sealed their spot by taking down Houston on the road. But their most recent loss still sticks in their memories, as they gave away a result at Minnesota on October 28 when an own goal gave the Loons a 2-1 victory.

That’s just one of a long string of results for Minnesota, which hasn’t been defeated in its past eight matches. Four wins and four draws lifted the Loons into hosting a playoff match for the second straight year. Even without fans, Saint Paul has been a fortress in 2020, as the Loons have lost just one game in nine at Allianz Field this season. For Minnesota, the goal is simple: keep goals off the scoresheet. When the Loons hold their opponents to one goal or less, they’re 8-1-4 in all competitions. When the opponent gets two, however, they’re 2-5-4.

The international match window was nearly devastating for Colorado because the Rapids almost lost Diego Rubio to COVID after he was in contact with a positive test while representing the Chilean national team. However, Rubio was not deemed to be a close contact, and he will be available for Robin Fraser’s side on Sunday. Rubio found the winner in Colorado’s season finale against Houston, and having him up top should open things up for the Rapids’ other scorers.

The key for Colorado will be not conceding early and letting the match get out of control. Colorado is not a team that is built to come from behind, and other than the season-opening win against D.C. United, the Rapids have not won a game in which they didn’t score the opening goal. Plus, when things go wrong for Colorado, they tend to go wrong in a big way. All six of the Rapids’ defeats this year have seen them concede at least twice, and in four of the six, Colorado gave up three goals or more. In fact, Colorado’s success is tied almost entirely to its defense. Colorado hasn’t failed to get at least a draw when it’s held its opponent to one goal or less, and a 2-2 draw win Minnesota in Florida marked the only time all year that the Rapids gave up two goals in a match and didn’t lose.

Injuries and the international matchday have really messed with Minnesota, but the Loons might emerge from it unscathed. MLS gave the green light for international players to play without quarantining as long as they took a chartered flight home and regularly tested negative for COVID upon returning to the United States, which means Minnesota will likely have Kei Kamara (Sierra Leone), Robin Lod (Finland), Jan Gregus (Slovakia) and Roman Metanire (Madagascar) available to play.

Of the four, Lod and Kamara are likely the most important. Lod finished second in goals on Minnesota’s roster with seven, and few players have more experience with MLS playoff matches than the 36-year-old Kamara. With those two on the pitch, the Minnesota attack becomes much more dangerous. Both should free up Kevin Molino to attack the net and allow midfielder Emanuel Reynoso to dictate the tempo. Minnesota’s big question now is whether the Loons have learned anything from last year’s first-round defeat. Last year, Minnesota wasted its chances and failed to put the hammer down on the Galaxy, which cost them in a 2-1 loss. Now they’re facing an opponent that is deadly when it scores first but struggles badly when it falls behind. How well Minnesota starts this match could determine whether the Loons can get their first-ever playoff victory.

If you’re taking Minnesota to win, the wise play is to pair it with the over at +190. Let’s be honest: Colorado is not the type of team that will sit back and wait if it falls behind. The Rapids will take chances, especially in a situation like this. It’s highly unlikely that a Minnesota victory sees fewer than two goals for the Loons.

However, you can probably go even better than that. The Rapids have only been shut out twice all season, so you can back Minnesota to win the match and both teams to score at +250. The Rapids might not be built to come from behind, but they’ve still shown an ability to find the back of the net after falling behind. Colorado has scored in four of its past five matches with Minnesota, so a consolation goal for the Rapids seems like a fine idea.

If you do want to take a chance on Colorado in this match, do yourself a favor and back the Rapids now. If the four international players for Minnesota test positive for COVID — especially if Lod does — the odds will move drastically against the Loons, sapping the Rapids of all of their value. I personally wouldn’t back Colorado here unless Lod is out, but there’s a lot of money to be made if they do pull the upset.

Minnesota has scored two goals against Colorado twice this season, but the Loons were also playing without key players in each contest. Plus, Colorado didn’t have the desperation of win or go home in the regular season. Those factors should lead to an extra goal for the Loons this time, and that means I’m going to take Minnesota to get a 3-1 victory at +1450. Bet your soccer picks for free for a MONTH by depositing $1000 at BetNow Sportsbook and they’ll add an extra $1000 to your betting account!