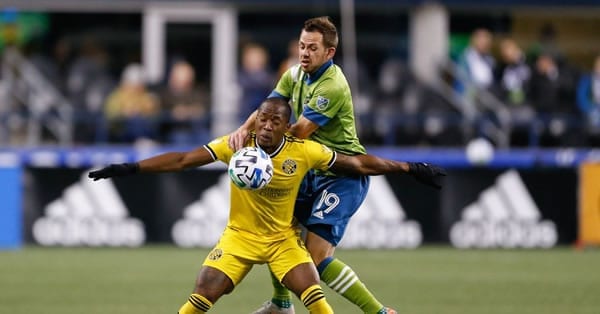 What’s turned into a wide-open tournament now features the team that looked most impressive in the group stage against a team that’s viewed as an up-and-coming contender. Columbus blitzed through what appeared to be a tough Group E without conceding a goal, making them the last team in the tournament that has yet to give up a marker. On the other side of the coin, Minnesota looked to be in a position to win Group D after getting through its two toughest opponents, only to concede twice to an already-eliminated Colorado and end up with a 2-2 tie.

But despite that final struggle, Minnesota hasn’t yet lost a match either. In short, this should be an entertaining matchup that wouldn’t have looked out of place as a semifinal match.

Is the hype real, or was Columbus’ group a lot worse than people expected? The Crew was thought to be in a tough group with Atlanta United and the New York Red Bulls, but neither of those teams ended up advancing to the second round. Instead, Columbus went through along with FC Cincinnati, the latter of whom has at times looked like the worst team in the tournament.

There’s no questioning the talent of Caleb Porter’s side, as Columbus has featured the top attack in the tournament to this point. The Crew’s trio of Gyasi Zardes, Lucas Zelarayan, and Darlington Nagbe makes them perhaps the most feared attacking side in the Eastern Conference, certainly even more so now that Toronto is out of the picture.

The question with Columbus is, how will the Crew react when they run into adversity? Not only has the Crew not given up a goal in this tournament, but Columbus has never trailed once all season. Four of the Crew’s matches have been shutouts, and the one exception was a draw at Seattle, where Columbus led until conceding a penalty in the 79th minute. If Minnesota can find a goal, how will the Crew respond?

DEPOSIT $25 AND GET AN ADDITIONAL $50 ADDED TO YOUR ACCOUNT! USE BONUS CODE: ROOKIE200 WHEN SIGNING UP FOR A SOCCER BETTING ACCOUNT AT INTERTOPS!

In truth, things could have been a lot worse for Minnesota United at the back. The Loons have the best defender in MLS in Ike Opara, but they don’t have him on the pitch for this tournament because Opara was considered high-risk for COVID-19 and stayed home.

Instead, the Loons have survived by striking while the iron is hot. In their first two matches, Minnesota failed to score in the first 90 minutes of play, but they came out with four points anyway because they struck for two goals in stoppage time against Sporting Kansas City’s 10-man side. In both matches where Minnesota scored, the second goal came less than 10 minutes after the first one, and in both cases, the Loons overcame a 1-0 deficit to turn the match around.

That’s both a good and bad thing for Adrian Heath’s side. On the one hand, it’s not a good thing to make a habit of falling behind, especially against a team as powerful as Columbus. On the other, falling behind is not going to bother Minnesota in the slightest. They’ve been here before, so they’re not likely to follow the example of Cincinnati and the New York Red Bulls and fold if Columbus strikes within the first half-hour.

I’m a little skittish on Columbus compared to most people because I don’t entirely trust a team that has faced absolutely no adversity during its march. But that said, Minnesota is not the team that is likely to break this defense down. The Loons’ attack has been non-existent at times, failing to score against Real Salt Lake and getting shut out by Sporting KC until Sporting had its goalkeeper sent off in the second half.

Because of that, I think the best bet on the board is to take Columbus to win to nil at +275. If you want to get bold, you can get Columbus to win and under 2.5 goals at +400, but I wouldn’t recommend it in this situation for two reasons. First, Columbus has a powerful attack, and it’s easy to see them putting three past Minnesota in this matchup if they get on a roll. Second, this is a win-or-go-home match, and these matches do not count in the regular-season standings.

That means there’s no goal difference to worry about for the team behind, so there’s no reason not to take chances should a team fall behind. It’s far too easy to see Minnesota fall behind 2-0, press for a goal, and instead, open the door for Columbus to deliver the knockout blow. I think an under is likely to happen, but I’m okay with taking a smaller payout in a knockout stage game for that measure of security.

Finally, I’d also throw a flier on Lucas Zelarayan to score. He’s done so in three of five matches, and he’s at +230 to find the net in this one. He and Zardes are equally likely to find the net, but Zelarayan is getting double the payout of Zardes (+115), so the Argentine is the one I want.

I’ve been impressed with Columbus in this tournament and not so impressed with Minnesota. If Opara were on the pitch, this might be a different story, but I don’t think Minnesota is well equipped to stay with this Columbus squad for 90 minutes. The teams have met four times in their history, and three of those meetings have gone Columbus’ way, with two of those wins coming by shutout.

I think this becomes a fourth straight shutout in this tournament for Columbus, and I’ll take the Crew to claim a 2-0 win at +1000. Bet this week’s soccer picks on the house by taking advantage of a 100% real cash bonus on your first deposit of $100 to $300 at one of the web’s best sportsbooks: MyBookie!