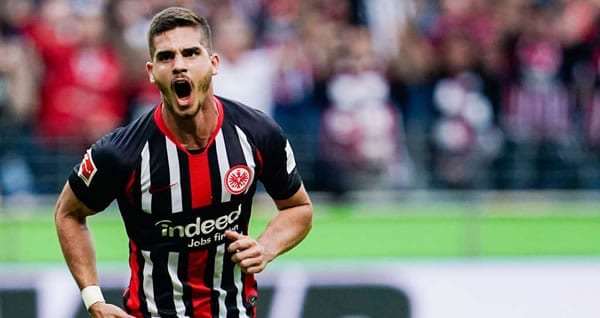 The sides drew 2-2 on Oct. 6 at Commerzbank-Arena in Frankfurt.

This match is the one that Werder fans have been pointing to as their ace in the hole to save themselves from relegation, as this match was rescheduled before the coronavirus pause, leaving Werder with a game in hand on its rivals. However, the River Islanders might have miscalculated a bit here, because Eintracht has shown a penchant for finding the net as of late, which hasn’t been Werder’s strong suit.

But while the Eagles have been putting home goals, Werder has been keeping them out. The River Islanders haven’t allowed a goal in three consecutive matches, which has helped them win two of their past three games and draw another. In other words, something’s got to give here.

Here’s a sign of how effective the Eintracht attack has been: the Eagles are the only side in four matches since the restart to find the net against Bayern Munich. Eintracht has shown itself to be an excellent second-half side, as six of its eight goals since the restart have come in the second half. That includes a pair against Freiburg in the final 12 minutes, which allowed the Eagles to rescue a point after falling behind 3-1.

But as strong as the Eagles have been on the attack, they’ve been that poor at the backline. Giving up five to Bayern is just something that happens against a side of that quality, but they’ve also given up three to Freiburg, who isn’t known for having a great offense. In four matches since the restart, the Eagles have conceded 12 times, which is why they’ve only taken four points since then.

Werder appeared to be dead in the water at the restart, especially after conceding four goals to Bayer Leverkusen, but the River Islanders have battled back with some help from Leonardo Bittencourt’s scoring and some timely and fortunate defending. Only two goals have been scored in the past three Werder matches, and both have come from Bittencourt. Werder probably should have scored another and conceded one against Schalke, but other than a few nervous moments, Werder have looked rather stout at the back since the restart. Thanks to the defense, Werder have taken seven points from their past four matches and closed to just three points from safety.

The defensive play has been critical because other than Bittencourt, Werder hasn’t really been all that threatening at the net. The strategy for the River Islanders seems to be to get the early lead and then hang on for dear life, which has worked against the likes of Freiburg and Schalke but might not work out so well against an aggressive side like Eintracht.

Werder paid out beautifully for me in their most recent match, as I successfully called them to win and score under 2.5 goals against Schalke at +425. I’m not going to do that this time because Werder has been the worst home side in the Bundesliga, and Eintracht has shown no signs of getting shut out by anyone. If the Eagles can score on Bayern, they can score on Werder.

However, this is also a match where both teams can get something from a draw and are going to be very worried about losing. Werder still has chances against Paderborn and Mainz, so a draw here wouldn’t be the worst thing in the world for the River Islanders. Because of that, I’m going to gamble on the draw at +250, which I think offers an excellent return for a match that probably won’t open up very much. I also think the under is a great way to bet this match, as I don’t expect this match to finish with more than two goals in it.

Something does have to give between these teams, but Eintracht’s scoring doesn’t mean that it’s likely to get a win out of the deal. The win over Wolfsburg was both fortunate and the Eagles’ first win in four months, which is why they’re on the wrong half of the table. But that said, I don’t see Werder improving on its wretched home form either, which is why I’m backing the draw in the first place. I think there will be just enough in this match for both sides to find the mesh, so I’m going with a 1-1 correct score at +625.