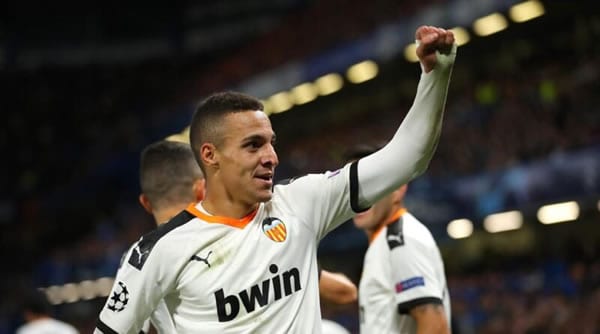 The new boys to the Premier League get the ultimate welcome after a 16-year absence, as Leeds begins its return with a visit to the defending champions. Leeds is a champion itself, having won the second tier of English soccer a season ago, but to call this, a battle of the champions would be a bit of a stretch, as this is expected to be little more than a warm-up exercise for Liverpool.

The real question is whether Leeds can acquit itself well enough to show that it can be competitive this season. The first game of the season is always a critical test for a newly promoted side, and if Leeds can keep the game close, it would be a big bonus for the Peacocks. However, Liverpool is now a rested side and is free from the pressure of having to win its first title, and a month away from the pitch should have done wonders for the Reds. Can they start their repeat campaign in style?

Signing Spanish striker Rodrigo and spending $35 million to bring him in was a sign to the rest of the Premier League that Leeds means business in their first year back in the top league since 2004. Or, if you want to take a cynical view, it could also mean that Leeds has learned absolutely nothing over the past 16 years, considering it was exorbitant spending and a mountain of debt that earned Leeds a pair of relegation in the first place.

But on the pitch, it appears that Leeds is going to remain a side that plays its style and accepts the consequences, good or bad. Against Liverpool, that could be a very bad thing, as Leeds is likely to concede a lot of the possession and hope to frustrate the Reds into a low-scoring match. That worked well in the Championship, as Leeds won seven of its final eight games and didn’t allow more than one goal in the process.

There’s no doubt about it: Liverpool was a tired team at the end of last season. The Reds clearly felt the pressure of finally winning the Premier League, and they came back nowhere near the same squad as they were when they were running away with the title before COVID. But Liverpool has now had a full month off, as it didn’t have to compete in any of the European competitions after the season and has been able to get back on track.

That might help, but one thing that won’t help is the fact that Liverpool really didn’t make any moves to improve itself for 2020-21. That might seem an odd statement about a team that nearly set the record for the best season in Premier League history. Still, the fact remains that Manchester City, Manchester United, Chelsea, and Arsenal were not about to take that lying down. All four of England’s other big-money clubs have made sure to improve themselves, and Liverpool could be once again feeling the pressure from the word go.

In many ways, striker Mohamed Salah is a perfect microcosm of his team, as he failed to score in Liverpool’s last five competitive matches. Yet opening day has been when the Egyptian has been at his best, as he has never failed to score in Liverpool’s opening match in three seasons at Anfield. If he struggles on Saturday, it might be a sign that things are more severe than they seem for Jurgen Klopp’s side.

Leeds has absolutely nothing to lose here, as virtually nobody expects the Peacocks even to come close to winning this match. If Leeds comes out of Anfield with anything but a loss, it’ll be a huge result for Marcelo Bielsa’s side.

While I won’t go as far as taking Leeds on a double chance (even at +275), there’s reason to suggest that this match could be closer than expected and that Leeds has a great shot to come out of it with a goal to its name. Liverpool conceded in six of its final seven matches in the Premier League last year, and the one exception was a shutout of Aston Villa’s incompetent attack. Leeds should be stronger on the attack than Villa was, so backing Liverpool to win and both teams to score offers plenty of value at +165. Or you could back Leeds to keep it close, as you’ll get even money to take Leeds plus 1.5. Leeds likes to play low-scoring matches, so this might be a better bet than people expect.

Leeds isn’t going to be cannon fodder for the rest of the league this year, but getting a win over the likes of Liverpool is a very tall ask. However, I think Liverpool is a little too good for Leeds to get off to the start it would like. The Peacocks should acquit themselves well in this matchup, but I think they’ll succumb to a late winner. I’m going to take Liverpool to claim a 2-1 win on opening day at +775.