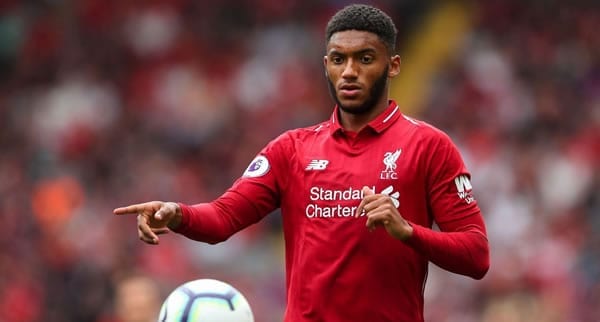 Liverpool lost 3-2 to Atletico Madrid of Spain on March 11; Everton lost 4-0 to Chelsea on March 8.

Liverpool’s charge toward the title resumes with the Merseyside Derby, and Everton really could be the opponent that Liverpool needs right now. It’s been ten long years since Everton managed to win a match against their neighbors, a streak that has seen 11 Liverpool wins, ten draws and nothing at all for the boys in blue.

That should be enough motivation for Everton to put in a solid performance, and that’s usually been the case when the Toffees get to play at Goodison Park. It’s been eight straight matches since anyone’s beaten Everton at Goodison Park, a streak that’s seen the likes of Arsenal, Chelsea and Manchester United all fail to get more than a draw off of Everton. Can Liverpool breakthrough, or can Everton extend their rivals’ recent misery?

Could the pause have come at the perfect time for Liverpool? Jurgen Klopp’s men have honestly been showing signs of the pressure of finally bringing home the Premier League title (something Liverpool has never done), having lost in four of their past six matches in all competitions. Granted, two of them were in the Champions League against Atletico Madrid, and one was in the English FA Cup to Chelsea, so those didn’t hurt Liverpool in the Premier League, but the Reds did lose to bottom-feeding Watford and needed to come from behind against Bournemouth. In truth, Liverpool hasn’t looked right since the start of February.

That’s not going to matter in terms of the race for the championship, because Liverpool’s 22-point lead is well beyond the reach of anyone in the Premier League. The question now is whether Mohamed Salah and Sadio Mane can quickly get back in form. When Liverpool is on, there’s not a team in the league who can play with the Reds, and with three months away from the pressure, they might be back to the side that dominated all of 2019.

Everton has been the classic home-pitch hero this season, as the Toffees have tasted defeat just three times in 15 matches at Goodison Park. Traditionally, this match has been where the Everton defense stands tall, as six of the past seven Merseyside matches have finished in a draw, and three of the previous four draws have finished scoreless.

If Everton is going to get anything out of this match, its defense is going to have to be in top form again. Nobody had scored more than once on Everton at Goodison Park since November 23, when the Toffees somehow managed to let in two at home to Norwich City, the lowest-scoring side in the Premier League. Since then, the defense has stepped up at home, which has allowed Everton to get away with only having two genuine goal scorers on the pitch. Of Everton’s 37 goals, 23 have come from either Dominic Calvert-Lewin (13) or the Brazilian Richarlison (10). No other Everton player has more than three, making it rather clear that Everton cannot hope to match Liverpool without a great defensive effort.

With Liverpool badly out of form, I don’t really want to trust the Reds’ attack in this match. But I will trust the Liverpool defense to hold Everton at bay, which makes a Liverpool win to nil a solid play. Playing the under worries me a bit in this match because if Liverpool comes back stronger after the break, the Reds could easily hit the over on their own. But Everton has failed to score in this matchup in four of the past five seasons at Goodison Park, and that means that Liverpool’s defense is worth trusting. A win to nil is worth +170, and I think that makes a solid play.

If you want to gamble on the Reds continuing their attacking struggles, you’ll want to play Liverpool to win and under 2.5 goals. At +310, this is a high-risk, high-reward strategy, because Liverpool could blow it up on their own. But if the shooting still isn’t there, this could be a strong payoff.

Derby matches are notoriously hard to hit, and that’s especially true with both teams coming back after three months off and Liverpool closing in on its first-ever Premier League title. Because of the history, a low-scoring match has become an expectation in this fixture, and given Liverpool’s form and Everton’s strong play at home, I think a low-scoring game is the way to go.

Liverpool has been on another level this season, and I don’t see Everton finding a way to end the streak this year. I’m going to take Liverpool to have just enough to get by Everton and back a 1-0 score at +700.