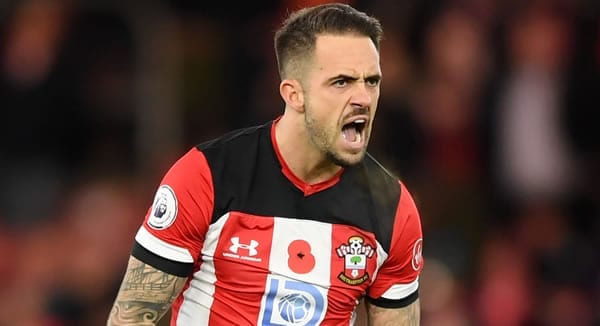 Manchester City defeated Southampton 2-1 on Nov. 2 at the Etihad Stadium.

So what does Manchester City do for an encore? The Sky Blues looked like the class of the Premier League earlier in the week by throttling Liverpool at home, securing their hold on second place in the league. But one thing Pep Guardiola’s crew hasn’t done well as of late is get a result away from the Etihad Stadium. City has only played away from home once since the restart in the Premier League, and that was their only loss, a 2-1 setback at Chelsea. But City’s problems away from home date back to well before the pause. In their past five matches on the road in the Premier League, the Sky Blues have lost three of them, and the two exceptions saw them win with a single goal.

But City might have the perfect opponent to break that streak against because Southampton has been simply dreadful at home. The Saints have lost four of their past five home Premier League matches, with the one exception coming against relegation candidate Aston Villa. With the win at Watford, the Saints are now on 40 points and are likely safe from relegation. Will they be motivated to avoid becoming City’s next victim?

That was genuinely frightening, what City did to Liverpool following the Reds’ title celebration. The drama of first and second never really materialized, as City was on point from the beginning, took control of the match, and was never threatened. Now, can they play with the same fire away from the Etihad?

City has been an enigma all season long because the Sky Blues clearly have the most talent in the Premier League (even compared to Liverpool), but they don’t always have the motivation to get results. Six of their eight defeats have come on the road, and while City is far from a home-pitch hero, there’s no question that something has been missing when they’ve left the Etihad. That worked for them against Liverpool but worked against them big time in the loss to Chelsea. As always, the question with City is motivation. When City wants to be the best, nobody can stick with them. When they don’t, anyone can beat them.

Only one team in the Premier League has managed to hit double-digit losses on its home turf: Southampton. The only reason the Saints aren’t in a relegation fight is because their road record is excellent, collecting 26 points out of 16 matches away from home. In fact, only Liverpool and City have more road wins on the year than Southampton. But only Norwich, Aston Villa and Watford — two of which are about to be relegated — have as few as Southampton’s four wins at home this season.

The problems for the Saints are twofold: their defense isn’t very good, and they’re too dependent on Danny Ings to make something happen. Ings usually does make things happen, as he has 18 goals on the season, three of which have come after the pause. But when he doesn’t make something happen, things can get ugly in a hurry. Southampton managed to lose a match 9-0 at home to Leicester City this year, and while that’s obviously an extreme outlier, it shows just how bad it can get for this team at home.

This is a tough one to figure because this matchup has historically produced plenty of goals. However, City hasn’t been scoring much away from home, other than its dissection of Aston Villa in January. Because of that, I think the safest bet to play here is Manchester City to win and under 3.5 goals scored. City has won seven in a row against Southampton, but in four of the past five and five overall, the Saints have found the net, including the 2-1 result at the Etihad. Taking City and under 3.5 instead of 2.5 is a good way to protect yourself if Southampton finds the net again, and you’re still getting a positive return at +120. There’s another good reason to play it that way: four of the past six meetings at St. Mary’s Stadium have finished with three goals or fewer.

Despite the Saints’ ability to score in recent meetings with City, I would rather have the “No” for both teams to score. Southampton tends to get its consolation goals when it faces City in Manchester, not at home. Remember how I said five of the past seven have seen Southampton find the net? The two where the Saints were shut out both came at St. Mary’s, and in fact, two of the past three meetings in Southampton have seen City win to nil. Rather than take a “No” on both to score at -121, though, I’d rather take City to post a shutout at even money.

There’s also a prop bet I really want to play here: the match to feature a penalty. Counting the FA Cup match against Newcastle, City has played five games since the restart — and all five of them have featured exactly one penalty. At +250 to have a penalty in the match, that’s a solid payout for something that’s been happening with regularity. If you want to get really risky, you could play for a red card at +450. Southampton has played two matches at home since the restart — and in both events, the Saints have picked up a red card and gone down to 10 men. Given that Southampton will likely be chasing the game, it’s a worthwhile gamble.

So is this: Kevin de Bruyne to score the first goal of the match. With Sergio Aguero injured, de Bruyne is the designated penalty taker for the Sky Blues, and he’s scored the first City goal in three consecutive matches (two on a penalty). You’ll get +550 for him to score the match’s first goal, and if you just want to count on a goal at any time, he’s paying +188 to score.

It’s tough to pick a City correct score because the Sky Blues are capable of so many outcomes. But I think City has a bit of a letdown and doesn’t play up to its potential in this one. I don’t think that’ll be enough for Southampton to get anything from this match, but I think it’ll keep this much closer than it should be. From my point of view, a 2-0 Manchester City win at +625 seems the right play.