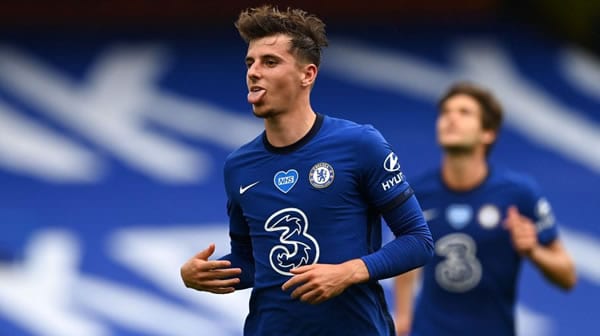 The sides drew 0-0 on October 24 at Old Trafford in Manchester.

The title race appears to be just about over, but Champions League spots are very much up for grabs, and these teams are both playing like they’re intent on grabbing them. Chelsea has come back to life in a big way since handing Frank Lampard his walking papers, as the Blues have won four and drawn two in six matches under Thomas Tuchel to earn their way into fifth.

Unlike Lampard, Ole Gunnar Solskjaer managed to survive his slow start, and the Red Devils have been rewarded for their patience. After losing three of their first six matches, Manchester United has just one defeat in its last 19 games, which has led them into a Champions League position. But the results haven’t been quite as rosy away from Old Trafford, as four of United’s past six road games have finished in a draw. Given that these teams already drew once this year and have a penchant for sharing the points this season, could another stalemate be on the horizon?

The defense never really got figured out under Lampard, as Chelsea was equally likely to pitch a shutout as it was to concede three goals. This Chelsea squad seems to have figured out that it doesn’t have to put up a ton of goals as long as it keeps opponents off the scoresheet. The Blues have only scored eight goals in their past six games, but they’ve also only conceded twice, and only Southampton has actually put a goal home off their own feet.

That’s the good news. The bad news is that Chelsea’s twin imports from the Bundesliga are still lost at sea, as Timo Werner and Kai Havertz have combined for a mere six goals on the season. Havertz, in particular, has fallen so far out of favor that he’s only started one match despite the $71 million Chelsea spent to bring him in, with homegrown talent Mason Mount replacing him in the starting lineup. Mount and Jorginho have combined for four of Chelsea’s six goals in its past four matches. Until the German imports justify their expense, Tuchel looks perfectly content to ride those who have been actually doing the lifting this season.

BET YOUR PICKS FREE THIS WEEKEND BY SCORING A 100% REAL CASH BONUS AT ONE OF THE WEB’S BIGGEST AND BEST BETTING SITES: BETNOW!

It’s got to be frustrating to be a United fan, as this team has the potential to put up huge numbers but rarely does. The Red Devils tore apart 10-man Southampton for a 9-0 win at the start of the month, but for the most part, anything more than two goals is relatively rare for this United side.

In particular, scoring goals away from Old Trafford has been very rare for United since the calendar flipped to 2021. In its final five away matches of 2020, United scored three goals four times, with the fifth match resulting in a 2-2 draw. Since New Year’s Day, the Red Devils have left Old Trafford five times, and they’ve been held to a goal or less four times, with a 2-1 win at Fulham being the only exception.

Worse, the Red Devils have shown a tendency to split the points when facing other top teams. In six matches against the other members of the Premier League Big Six, Manchester United has four scoreless draws and has been shut out five times in six. The one time the Red Devils scored against a fellow Big Six side was in a 6-1 embarrassment at the hands of Tottenham Hotspur, and West Ham is the only top-five team in the league that United has actually defeated this season.

For me, the best bet on the board is the under. Chelsea’s defense has gotten much better under Tuchel, who hasn’t seen a goal scored against him at Stamford Bridge in his brief tenure. I don’t love paying juice here, but at -110, this isn’t that bad for a match that’s highly unlikely to see more than two goals scored.

Beyond that, I think there’s value in either playing for the draw or taking Chelsea to win and under 2.5 goals at +400. Bruno Fernandes has scored in four straight matches, but only two of those were in the run of play, and Chelsea’s defense is a lot better than the likes of Newcastle or West Bromwich Albion. Fernandes might very well breakthrough, which is why I lean toward playing the draw. If you want to be risky with the draw, a draw and both to score holds a fair amount of value at +310, but United’s tendency to play scoreless draws has me very concerned about this one.

Finally, if you want to get daring without committing one way or the other and you’re willing to throw out the draw, it’s worth taking a shot on exactly one goal being scored at +400. I’m honestly not sure if there will be a winner or who it will be, but if there is a winner, I expect it will be the only goal of the match. I personally won’t be playing this bet because I’m leaning draw, but if you feel like backing a winner, this bet offers a lot of value.

The sheer number of scoreless draws on United’s part has me a little worried about both of these teams actually finding the net, but Fernandes is playing very well right now, and I can see him breaking the deadlock for the Red Devils. But that said, Chelsea looks like a different team compared to where it was under Lampard, and United’s allowed a goal in each of its past three games.

I like my correct score picks to have a lot more value than this, but I can’t help what the numbers say. I’ll settle for a +575 payout for a 1-1 scoreline. Bet your Man U/Chelsea pick LIVE in-progress at the BEST live wagering platform on the planet —> Bovada Sportsbook!