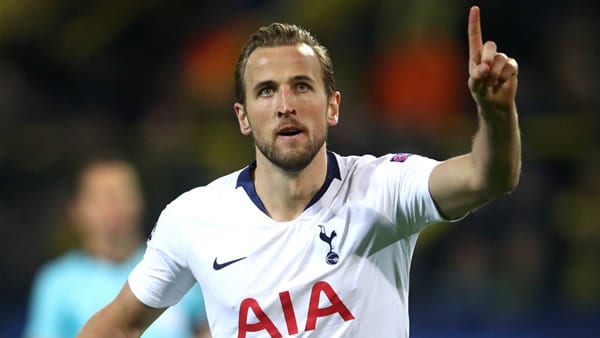 The pressure is really on for the Spurs right now. After they gave away two points at Newcastle, they find themselves sitting in a logjam where just 10 points separate third place from ninth place, and with teams eight and nine having one game in hand, the gap between Spurs making the Champions League and missing out entirely on European competition is down to just two points in either direction. The good news for Spurs is they finally get to come home after a journey that’s taken them from the north side of London (to rival Arsenal) to the northernmost reaches of the Premier League (Newcastle), with a stop in Croatia during the Europa League thrown in there. At their own ground, Spurs have been outstanding, winning their past five matches at Tottenham Hotspur Stadium. They haven’t lost on their side of North London since Feb. 4, when they took a 1-0 loss to Chelsea. But Manchester United arrives at Tottenham Hotspur Stadium in scintillating form and with a score to settle. The Red Devils haven’t forgotten the beating that Spurs put on them at Old Trafford, and since then, losses have been few and far between. United hasn’t lost in 10 straight Premier League matches, and that 2-1 loss to Sheffield United is the only match in Manchester United’s last 24 Premier League contests in which the Red Devils didn’t at least earn a draw. With a healthy lead on third place, a draw is all United needs to further tighten its hold on second place and yet another return to the Champions League.

The biggest concern for United right now is schedule congestion. The Red Devils were still alive in every competition an English side could participate in until Leicester City knocked them off in the FA Cup quarterfinals, and they’ve still got the Europa League to worry about. Manchester United had to travel to Spain on Thursday for a match with Granada, which could leave the Red Devils a bit gassed and unable to complete a comeback should they fall behind again as they did in their most recent Premier League match. The Red Devils did get the job done behind Marcus Rashford and Mason Greenwood, but that was the first time in nine matches that United put home two goals in the run of play without help from their opponents. This is not a high-scoring team, and if they use up their energy beforehand, a late goal will be tough to find.

Last time out should have been easy for Spurs, as they were ahead 2-1 against a weak opponent in Newcastle after a double from Harry Kane. But they couldn’t hold it and ended up with a disappointing draw, leaving them on the outside looking in at the Champions League. The good news is that Spurs should be getting their health back, as Son Heung Min should be fully recovered from a leg injury and will be back at full strength to complement Kane. Both men scored twice during United’s embarrassment at Old Trafford, and while they won’t likely find such open space again as they did against a 10-man side, they should help make Spurs dangerous enough to earn a result.

Given United’s travel schedule and scoring woes, I like the under to hit in this one. United knows what it’s up against and will likely play in a way that allows it to get something out of the match without sacrificing its Europa League tie. Because of that, my best bet is the draw at +245. I could play a bit more aggressively and take both to score at +320, but I think there’s a very real chance of a scoreless draw here, and I don’t want to lose to 0-0 just to take a few more dollars. I’d also take a shot on an equal number of goals in each half at +230. If this does finish level, I think United will try for an early marker and then hold on as long as it can. I can’t see the Red Devils finding one late with their travel schedule.

Spurs squashed United early in the year, but that match was played before United figured out the kind of side it had and was played with only ten players. The Red Devils know who they are now and know what they need to do in order to get a result here, and I think they can manage. I’ll take a 1-1 draw here at +575.