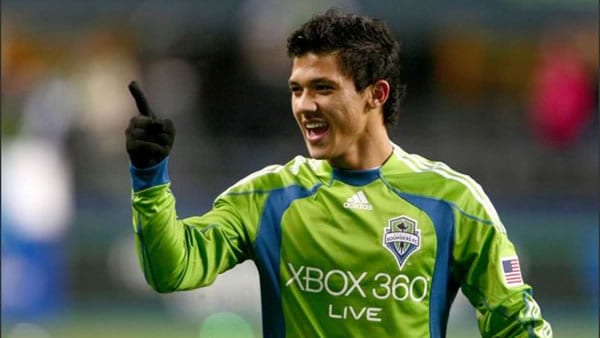 Seattle defeated Minnesota 3-2 on Dec. 7 at Lumen Field in the Western Conference finals.

Once a struggling expansion franchise, Minnesota really took a big step forward in its fourth year in MLS last season. The Loons finished above .500 and made the playoffs for the second year in a row, and had MLS played a full 34-game slate, Minnesota’s point total would have extrapolated to 55 points, which would have been a franchise record. What’s more, the Loons won a playoff game for the first time in their history and reached the Western Conference finals, easily their best showing in MLS.

But the way the year ended has to stick in the minds of Minnesota. It wasn’t just that it was yet another loss to Western Conference kingpin Seattle, which claimed its fourth Western Conference championship in five years by beating the Loons. It was the way Minnesota lost it, as the Loons watched a 2-1 lead in the 89th minute turn into a 3-2 loss in the span of four minutes because of two Seattle set pieces. Instead of its first trip to MLS Cup, it ended up being yet another Seattle setback for Minnesota, which has never beaten the Sounders in seven all-time meetings and has never gotten so much as a draw in four trips to the Emerald City.

These Sounders aren’t quite the same side that Minnesota nearly toppled a year ago. They’ll be missing a key piece in Jordan Morris, who was lost to a torn ACL while playing for English side Swansea City and won’t be available until late in the season, if at all. But with or without Morris, Seattle remains the gold standard in the West, and Minnesota will be anxious to finally taste victory against the Rave Green.

The biggest plus for Minnesota is that the best player on the team in April will be the best player on the team in November, as long as he stays healthy. Emanuel Reynoso was the glue that made everything work for Minnesota last season, as he notched a goal and seven assists in three playoff games to fuel the Loons’ attack. If you’re doing the math at home, you know by now that the Loons scored eight goals in the playoffs, and Reynoso was either the scorer or setup man on every one of them, showing just how important he is to the Minnesota attack.

But the big question for the Loons is who’s going to be on the end of Reynoso’s balls this season? Kevin Molino scored on four of Reynoso’s postseason assists in 2020, but he plays for Columbus now. Minnesota didn’t import another proven scorer to replace Molino, as their only major move was adding depth at midfield in the person of Wil Trapp. The Loons would love to see 17-year-old Patrick Weah step in and start scoring, but that seems to be a long project rather than an immediate solution.

For the moment, the job of scoring falls to Juan Agudelo, who had three goals for Inter Miami last year but couldn’t find consistent playing time with the then-expansion side. If the pairing doesn’t work, Adrian Heath will be shopping for answers at forward.

If I’m Brian Schmetzer, I’m tearing the months of April, May, and June off every calendar in the locker room and telling the Sounders it’s July. For some reason, Seattle almost always starts off the year slowly before righting the ship at midseason and ending up near the top of the Western Conference. Last year, the Sounders bucked the trend and played consistent soccer (in large part because they didn’t have enough games to recover from a slow start in the year of COVID), but this is also mostly the same team that lost nine of its first 15 matches to start 2018 (and then promptly went on a nine-match winning streak the minute the World Cup was over).

This team might look closer to 2018 at first because of the adjustments the Sounders have to make compared to last season. Without Morris, Seattle turned to an old friend in Fredy Montero, who spent last year scoring five goals for rival Vancouver. Montero scored 47 goals for Seattle between 2009 and 2014 and remained the club’s all-time leading scorer, but it’s a question as to whether he’ll work well with midfielder Nicolas Lodeiro and fellow striker Raul Ruidiaz.

It’s also a concern as to whether Montero has enough left in his legs at 33 and is willing to accept a secondary role on this side. Make no mistake: since 2016, this has been Lodeiro and Ruidiaz’s team, a fact Minnesota should know well considering that its failure to mark Ruidiaz was the reason Seattle stole the Western final last year.

Minnesota might not have ever beaten Seattle, but the Loons do know how to find the net against the Sounders. They’ve only been shut out once in four trips to Washington, and given Seattle’s usual early season struggles, I recommend backing the over in this one.

However, I think we can go better by taking Seattle and both teams to score at +210. Unless the opponent was Vancouver (which Seattle has shut out in seven of its past nine meetings), the Sounders were notorious for giving up a goal and making things closer than they needed to be in 2020. In 10 of the Sounders’ final 13 matches before the MLS Cup, both teams found the net when all was said and done. Given that Minnesota has shown no lack of scoring success against Seattle, I think this pays pretty solid odds.

Minnesota should have won this matchup last year, but without Molino on the pitch, I’m not sure the Loons can threaten the Sounders enough this time around. Seattle is a notoriously slow starter, but they’ve also found a way against Minnesota every time they’ve played except for one draw. I’m not banking on this being the second.

I’ll back Seattle to claim a 2-1 victory at +750. Bet your soccer picks for FREE this week by taking advantage of a special 100% real cash bonus offer on your first deposit of $100 to $300 at MyBookie Sportsbook! (Must use bonus code PREDICT100 to receive the extra bonus dollars!)