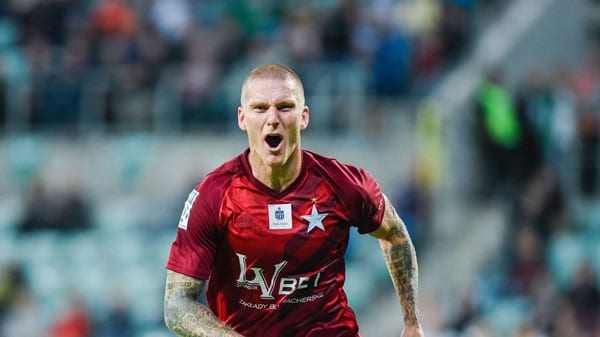 This is a weird situation, as Nashville and Dallas meet for the second time in a span of five days. This was created because of both teams’ problems with COVID-19, which got both sides sent home from the MLS bubble in Florida and deprived them of three regular-season matches. Because of that, MLS created this series to help both teams make up for the games they missed in Florida, scheduling a pair of games to be played in Dallas.

If the second game is anything like the first one, it’s going to be another low-scoring affair. Nashville pulled out the win with a goal scored in the 86th minute, but it was clear that both teams were rather rusty after five months away from the pitch. Will, the teams, have their legs under them this time, or will this be another drab affair?

Nashville seems to be heading more in the mold of Orlando and Minnesota than Atlanta and LAFC in its expansion campaign. To their credit, Nashville doesn’t seem to be the horror show that FC Cincinnati was last year, but the new boys definitely have a long way to go before they’re ready to challenge for a playoff spot.

In Wednesday’s win, Nashville followed the blueprint that it’s going to have to use to get wins: defend well and take chances when they come. Nashville allowed Dallas to dominate the possession, but the Blue and Gold had no problems clearing the ball on the few occasions where Dallas actually got into the final third. Considering that Nashville lacks a proven goal scorer and its midfielders are defensive-oriented players, it’s really not a surprise that Nashville has scored just twice in its three MLS matches. Two of those matches have finished 1-0.

Nashville could have new midfielder Alex Muyl in the lineup for this match, but as Muyl hasn’t had a chance to train with Nashville yet, he’ll be more likely to come off the bench and try to find a late winner for his new team. Muyl is a creative midfielder who sets up attacks well, something Nashville could definitely use. But in this match, I’d be surprised if we see him before the 60th minute, which will limit his effectiveness — if he plays at all.

If Dallas is going to be a threat this year, the offense cannot come solely from Zdenek Ondrasek. The Czech’s job is supposed to be to prevent goals, not score them, but so far, he has two of Dallas’ four goals on the season. In fact, all four of Dallas’s goals this season have been scored by players who started Wednesday’s match on the bench, suggesting that Dallas coach Luchi Gonzalez might have gotten his tactics wrong in the defeat.

If Gonzalez is going to insist on the starting lineup that he played on Wednesday, Franco Jara has to contribute more. The Argentine has been a proven goal scorer in the Mexican league, but he’s also now 32 years old, and many a scorer at that age has come to MLS only to find the going tougher than they expected. Dallas has a quality creator in Reggie Cannon, but he and Jara didn’t appear to be on the same page in the loss to Nashville. The pairing will probably take time, but time isn’t a luxury that Dallas has in this weird season.

Eventually, Dallas is going to get its legs under it, and when that happens, FCD is going to be a much more potent offensive side. But for the time being, I don’t expect to see Dallas putting a strong attack together. Given that they’re also facing defensive-minded Nashville, I think this is going to be another low-scoring affair.

Because of that, I’d take a “No” on both teams to score at -118, which seems to be the safest bet on the board by a wide margin. But I think that we can do better in this match, and the way to do better is by taking Dallas to win and under 2.5 goals, which pays out at +290. If you dive into the first match, Dallas had the better of the possession and would have won the game if it could have created anything from its chances. Nashville’s goal came as a result of a deflection, and if not for that bit of unluckiness, the match would have been scoreless. This time, I expect another low-scoring game, but I think Dallas has a bit more talent and motivation and can grab a result.

Looking for a quick score? Back a scoreless first half at +165. Dallas hasn’t seen a goal scored in the first half all season, as all seven goals in Dallas’ three matches were scored in the second 45 minutes. Given that Nashville will probably try for a low-scoring draw, I’d be astonished if either side finds a breakthrough early in this one.

Dallas is the more talented side and should be able to bounce back after Nashville lucked out a win in the teams’ first matchup. Given that Nashville has seen two 1-0 games already in its short history, I’m going to expect another one here. I’ll take Dallas to reverse Wednesday’s result and claim a 1-0 win over Nashville at +600. Are you a small bettor? Want a free $50 bet? Simply deposit $25 at Intertops Sportsbook through this link and use promo code ROOKIE200 and they’ll add an extra fifty dollars to your wagering account!