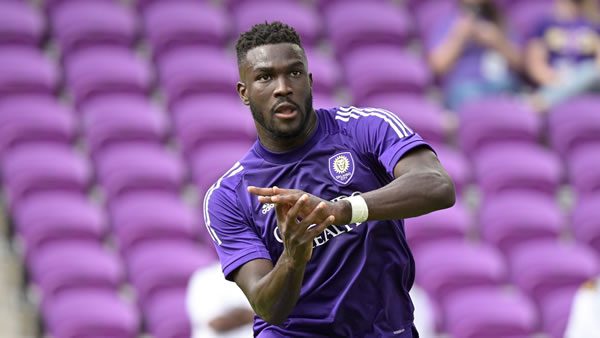 The sides drew 2-2 on Sept. 29 at Nissan Stadium in Nashville, Tenn.

Playoff positioning is on the line as MLS comes down to the final week of the season. For Orlando, getting something out of this match is critical, as the Lions need to ensure that they’re part of the playoff field. With the New York Red Bulls and Montreal both having a game in hand on Orlando, getting a win would be huge, but as long as Orlando comes out with no worse than a draw, it should be in decent shape.
That would be just fine with Nashville, as NSC doesn’t have to get a win here. A draw will suit their cause just fine because Philadelphia and New York City face each other to end the season, meaning they can’t both get to 53 points. As long as Nashville picks up a point here, it can finish no lower than third place and would get at least one home match in the Eastern Conference playoffs. With a win in their season finale at home, where Nashville hasn’t lost all season, NSC would lock up second if it gets a draw here. With both teams just fine with sharing the points here, will any aggression be visible on the pitch?

Throughout the season, Nashville has proven that if you’re trying to make the playoffs, it really doesn’t matter if you win as long as you don’t lose. Out of its past seven games, Nashville has just one win that coming against Cincinnati. But the Blue and Gold still took eight points because they managed to come away with a draw on five occasions, which has kept them in the top three in the Eastern Conference. For the year, NSC has four defeats, the same number as first-place New England.

The difference is, the Revolution had ten more wins than Nashville, which is why New England boat raced everyone to the Supporter’s Shield, and NSC is left playing for second. The past match showed that Nashville is capable of fighting back when its back is against the wall, as it exploded for five goals against Cincinnati after falling to a 3-1 deficit, but otherwise, attacks have been difficult to sustain for NSC. The Blue and Gold have been shut out in four of their past seven matches, and the win over Cincinnati was the first time Nashville had led in a match since its draw with Orlando in late September.

Whether it’s been falling in a deep hole early or giving up a lead later, Orlando just can’t get the start or end of the game right. The Lions had three points against New England a week ago, only to let the Revolution steal a point with two goals in the final 10 minutes. Against Columbus, the Lions gave up the early goal and had to spend the rest of the match chasing after the Crew to try to get back on terms.
So far, the only one who seems to get the situation for Orlando is Daryl Dike, who has now scored in five of the Lions’ past seven matches. But the rest of the squad seems to be looking around and hoping something will work out, and more often than not, it hasn’t happened. Orlando could fall out of the playoffs entirely if it loses both of its final two matches, so the lacking performances have to stop.

Given that both of the previous meetings between the two in 2021 have finished on terms, backing a draw seems like a great play yet again in this matchup. You can probably get a bit more aggressive and play for a score draw at +335, but Nashville has had some problems scoring, and the risk of losing to 0-0 is very real in this situation.
I’d also take a flier on Orlando to score first at -120. It’s not a great payout, but given that Nashville tends to come from behind, there’s a pretty good chance of picking up a cash without giving up too much juice. Nashville found itself behind in three consecutive matches, even against woeful Cincinnati, so this bet holds a lot of promise.

I don’t expect a ton of goals here. I think this is the kind of game where both teams will take a draw and get out with that result. With that being the case, I think backing a draw with a goal to each side makes a lot of sense here.
I’ll play for a 1-1 draw at +550. Bet your MLS picks for FREE this week by scoring a massive 100% REAL CASH bonus on your first deposit of $100 to $500 at GTBets Sportsbook!