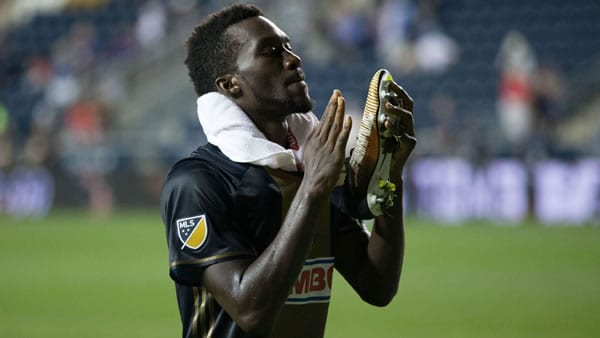 The sides have never met in their history.

One side got a big boost last week, while the other saw a perfect start turned into a series of questions in a matter of minutes. Nashville had started the year with three missed opportunities, but the Boys in Gold certainly didn’t miss their chances against New England, as they took the lead for the first time this season and controlled the rest of the contest in a relatively easy win over what had been the best team in the Eastern Conference.

But while Nashville was calming the waters, RSL ran into adversity for the first time in 2021. The Royals had taken their first two games, but after 70 minutes of dominating the match against San Jose, RSL failed to adjust to a late substitution and found itself with its first defeat of the season. A year ago, things quickly spiraled out of control for RSL when it couldn’t stop a losing streak, as the Royals won just one of their final eight matches and missed the playoffs for the first time since 2017. With Nashville coming in for its first road match of the season, can RSL prevent a repeat of last year?

Gary Smith’s side has to be feeling a lot better about things after finally getting a win in its fourth match of the season. Nashville seems to have finally figured out that spotting your opponent two goals is a bad idea, but the offense didn’t start to click until Smith changed up his tactics and opted for two forwards against New England. The Boys in Gold took full advantage of their chances this time around and never let the Revolution in the match, sending a message that they might be a real threat in the Eastern Conference.

Nashville probably isn’t going to follow Atlanta’s example and win MLS Cup in its second year in the league, but this is a side that is showing that it wants more than the typical expansion side and is holding itself to a higher standard. And it should, because there’s a fair amount of talent and experience on this side with goalscorer C.J. Sapong and midfielders Walker Zimmerman and Dax McCarty. If Nashville can hold itself to a higher standard at both ends of the pitch, there’s no reason it can’t make a move in the East.

There’s no way to sugarcoat this: Real Salt Lake absolutely gave away three points in the final 15 minutes against San Jose. The one player you cannot lose when facing the Earthquakes is Chris Wondolowski, and RSL managed to lose him twice in a matter of five minutes to turn a 1-0 lead into a 2-1 defeat.

Unfortunately for the Royals, that’s just been life for them in 2021 because their back four is anything but reliable. Two years ago, this wasn’t as much of a concern because RSL had Nick Rimando to bail them out when things went wrong at the back, but since his retirement, the defense has been something of a sieve. In RSL’s last 21 matches, the Royals have conceded on 17 occasions, leaving the job to the offense to bail them out. It worked out in RSL’s first two matches, but Minnesota and Kansas City have both had their problems to start out this season. On the other hand, San Jose has been a solid attacking side and was well-positioned to take advantage of RSL’s defensive lapses.

With Nashville getting its attack figured out and RSL having problems at the back, I lean toward taking Nashville to win the match as the main bet, as I’m quite happy with getting +175 for something as simple as that. But of course, there’s always a chance to do better, and I think Nashville and over 2.5 goals at +360 holds a lot of promise. RSL’s attack has been pretty solid this season, and even though Nashville has stepped up its play at the back, I can see either RSL finding a goal or Nashville hitting three. I think the former is the more likely outcome, so if you really want to get aggressive, I’d take a shot with Nashville and both to score at +450.

I’m a little worried about this score prediction because Nashville hasn’t given up a goal in 228 minutes, but RSL’s attack has been pretty solid throughout 2021, and the Royals did put up 70 good minutes against San Jose before things fell apart down the stretch.

I think Nashville is the better squad and will claim a win here, but I think RSL finds the back of the net for the fourth consecutive game before all is said and done. Two of three RSL matches have finished 2-1, and I’ll take Nashville to make that three out of four by claiming a 2-1 win at +950. Bet on games at CHEAPER PRICES at BetAnySports! (See our BAS Review to see why many of our readers are making the switch to a better option!)