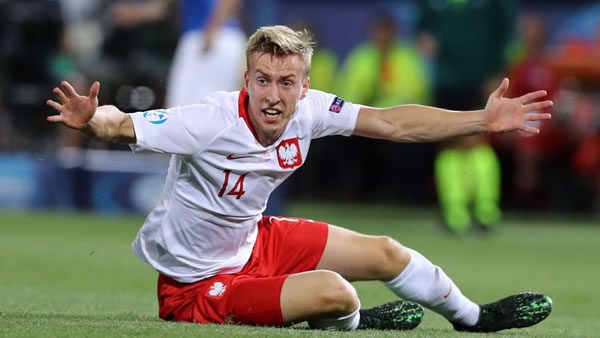 New England doesn’t need much to ensure that the MLS Cup will go through Foxboro, as the Revolution will win the Supporter’s Shield with either a win or a Seattle loss or draw. That could affect the planning for Bruce Arena’s side in this match, as the Sounders play Saturday, which means New England could have already clinched the best record in MLS by the time they kick off in Orlando on Sunday.

They’ll face a hungry Orlando side that wants desperately to climb into third place and set itself up to avoid New England until the Eastern finals. The Lions have already found out how tough it is to win at Foxboro after losing last month. They’re currently in a dogfight with Philadelphia to try to land third place and give themselves a reasonable road to the Eastern finals. With only four games left on the calendar and Orlando not having the goal differential to match the Union, the Lions need to get wins. But that’s a challenging task against New England, which has won three of four against Orlando.

What makes New England dangerous is that you’ve got to pick your poison between trying to stop Carles Gil or trying to stop Gustavo Bou. But Adam Buska has made himself another strong option, scoring in three of the Revs’ past four matches, including the win over Orlando a month ago. Gil is the most dangerous player on the pitch for the Revs because virtually everything New England does flows through him, as he’s notched 13 assists by setting up Bou and Buska.

The scary thing about New England’s attack is that the Revs had to play nine games without Gil and still managed to get close to the MLS points record for a team. A win would tie the Revs with 2019’s LAFC side, which holds the record with 72 points. If they do have a weakness, it’s that they don’t play defense all that well. The Revs might have won five of their past seven matches, but they’ve won all of them, with the other side getting a goal during the contest. New England is going to score a fair amount, but defending really isn’t part of what the Revs do.

The Lions have only dropped two games at home this season, and one deserves an asterisk because Orlando lost to Montreal in a game it finished with ten men. However, the Lions need more out of Nani if they’re going to get some wins strung together, as the aging Brazilian hasn’t scored a goal or assist in their past five contests. The last time the teams faced off, Nani only had one attempt on goal and hasn’t really seemed to be anywhere near his best, as he’s come off the bench in three of the Lions’ past five contests.
For whatever reason, Orlando City isn’t getting enough contributions from anyone outside Nani and Daryl Dike, who have combined to score more than a third of the Lions’ goals. Orlando has, however, been able to concentrate on its defense and hold three straight opponents to a goal or less. Against a high-flying New England attack, the Lions either have to get the early goal and hang on or throw caution to the wind in search of multiple markers.

For me, the best bet on the board is to take New England and both teams to score at +340. I know the Revs might have little to play for (and if Seattle loses, this might be a good game to stay away from), but the reality is that the Revs have seen five of seven games land in a BTTS situation, and if I’m willing to side with New England to win, I might as well go for the both teams scoring play here.

With the over having a long history of hitting, this might be time to play the over as well. You won’t get much of a payout at -165, but money is money, and these teams have seen each of the past five matches result in the over cashing. This is an ideal bet if you’re too concerned to take New England, as I think that Orlando City can take advantage of the situation and go on a scoring run against a leaky Revolution defense.

Do not play this score until Sunday, as you’ll need full injury information on both teams in order to make an informed bet. Personally, I’m riding with the Revs in this one after what I’ve seen from them, but I’d much prefer to wait for the actual day of the match to get the score bet I want.

As for the correct score, this feels like a 2-1 match, which favors the Revolution. I can’t see New England stopping the train that is its offense even with the injury, and I’m taking the Revs to claim a 2-1 win at +875. Bet your soccer picks FREE for the next couple weeks by taking advantage of a 100% REAL CASH bonus on your first deposit of $100 to $1000 at Betnow Sportsbook! The absolute best promotion running online!