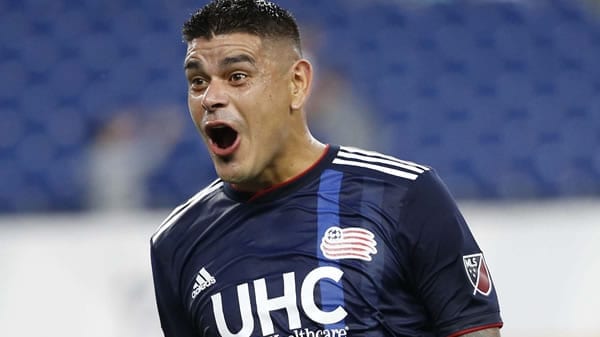 The Union again fell victim to the dreaded Buckeye State disease last week in Columbus and took yet another loss in Ohio, so now they’ve got one final chance to secure the Supporters’ Shield and ensure home-field advantage throughout the playoffs. Philadelphia now has no margin for error, as anything but a win against New England will open the door for second-place Toronto to swoop in and steal the Shield and first place in the East. On paper, the Union couldn’t really ask for a better situation. Not only has Philadelphia won its past two matches against the Revolution, but Philadelphia has not lost or even tied in Pennsylvania this year, posting an 8-0-0 record at Subaru Park.

But New England has its own motivation to try to get a win here: the Revolution are trying to stay out of the play-in games. Because of this season’s unique nature, ten teams will qualify for the East playoffs, and the Revs have to get a result of some kind to close off Nashville and the New York Red Bulls’ paths to overtaking them. A loss to Philadelphia would mean that if Nashville can beat Toronto by two or more, New England would slip into seventh and have to play in the first round before making the main draw. They’ve already taken a draw against Philadelphia once this season; can they do it a second time and deny the Union the regular-season crown?

But New England has a couple of X-factors working in their favor for this match. The Revolution’s ideal lineup includes both Carles Gil and Gustavo Bou, but injuries meant the two hadn’t been on the same pitch at the same time since the MLS tournament in Florida. That was the case until last week against D.C. United when Gil started the match, and Bou was able to come off the bench, which was an important part of putting four goals past D.C. Bou is likely to again come off the bench as he tries to work back into game shape, which means New England is expected to have its attack at full strength in the second half.

Sometimes, you just run into the wrong goalkeeper at the wrong time. By all accounts, Philadelphia did everything right against Columbus, taking 22 shots to the Crew’s seven and putting nine of them on the net. But Columbus keeper Eloy Room stopped everything but a penalty, leaving the Union with a frustrating result.

The offense should be back on track for this match, but the worry is at the back for the Union. Andre Blake is now out for this match, as he suffered a fractured hand and won’t be available to play in this contest. Given that New England has its offense at full strength again, Philadelphia might need its scorers to come up big again. Last time they played, Anthony Fontana stepped up with the late winner to seal a 2-1 victory for Philadelphia, and late goals have been a thing for the Union in this series, as the final goal has come within the last half-hour of the match in all three Philadelphia victories this season.

The pressure is entirely on Philadelphia, as New England really isn’t likely to lose its hold on sixth place. Given all that this franchise has been through and how close they are to finally winning a trophy, it’s likely to take the Union some time to get the goal they need to get in front, so I’d expect the second half to feature more goals at even money. In all three Philadelphia wins, the goals have mostly come in the second half, with only one goal in four matches coming in the first half.

As for the match itself, I don’t see a need to complicate it. I’d go with the team who needs it more, and that’s Philadelphia. I’m perfectly happy getting +105 on the Union, but if you want to be more aggressive, I’d back the Union to win and both to score at +230. I think with Blake out and New England at full strength, the Revolution can find a goal at some point in the second half.

These teams have played four times this year, and except for a scoreless draw, Philadelphia has come out on top each time. Plus, the Union haven’t lost to anyone at home yet this year, and I don’t think they’re going to blow their biggest home game in 10 years.

The past two meetings between the teams have finished with Philadelphia claiming a 2-1 win, and I’ll take that at +800.