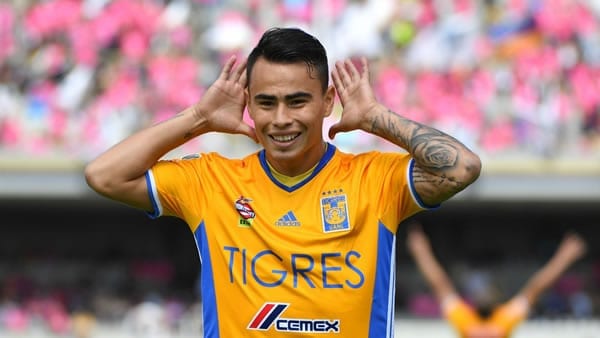 New England beat Columbus 1-0 on May 16 at Gillette Stadium in Foxboro, Mass.

The new stadium in Columbus finally opens for the Fourth of July weekend, and the Crew really needs to start building some momentum in the Eastern Conference. Columbus will play three of its next four matches at home, and with the Crew languishing in fifth in the East, last year’s MLS champions have to step it up if they’re going to make a run to retain their crown.

So far, New England have been the team they were supposed to be a year ago before injuries forced them to enter the playoffs via the backdoor. But the Revs haven’t yet proven that they can do the job away from Gillette Stadium, as they ended up slipping up in Dallas for their second road defeat of the year. New England sits on top of the conference, but the Revs have taken just eight points away from home out of a possible 18, and a loss here would pull New England right back into the muck of what could become a tight race at the top.

There’s an old adage in soccer that you’re going to be in great shape if you can win all of your home matches and tie all of your away games. New England has the first half of the equation figured out, as it’s won all five of its matches at Gillette Stadium. But the Revs have really let down on defense when they’ve traveled, as they’ve conceded nine times in six matches on the road. In addition, Chicago, Dallas, Nashville, and New York City all breached the Revs’ defense twice. Unsurprisingly, New England was only able to take four points from those four matches (beating NYCFC and tying Chicago) as a result.

The key to New England’s success has been Carles Gil, who was injured a season ago but has shown what he can do now that he’s fully healthy. He’s posted ten assists in 11 matches and has been responsible for either scoring or setting up two-thirds of the Revs’ goals in 2021. If he’s able to find some space, he can singlehandedly turn this match in New England’s favor, especially if he can link up with Gustavo Bou (five goals).

The attacking beauty that was Columbus looks nothing like itself this season. Columbus has only scored nine goals on the season, and the Crew seems devoid of ideas outside of the Z-Train. Lucas Zelarayan and Gyasi Zardes have scored six goals for the year, but the rest of the team has contributed virtually nothing on the scoresheet. Besides the Z-Train, Columbus’ attack has been so inept that D.C. United has scored more goals for the Crew than the rest of the Crew’s players.

But the good news is that Columbus’ defense has been a virtual wall. The Crew have conceded just seven times this season, and only twice have they let in a goal at home. Moreover, in each home match, they’ve taken control from the word go, as they’ve found a goal within the first 30 minutes and then bossed the game from there.

The first rule of soccer betting: Never bet against a team that’s opening a new stadium unless you’ve got a really good reason. Columbus has been an excellent home team at its old stadium this season, taking 10 points in four matches, so there’s little reason to bet against the Crew in this situation.

Given that you’re getting plus money with the Crew, I think you’re in good shape simply taking them, but if you’d like to get more aggressive, I’d take Columbus to win and under 3.5 goals scored at +210. The past five matches between these teams have all ended with one team going scoreless, but New England has only been shut out once all season. I think there’s a good chance that Columbus holds the shutout and wins to nil (+290), but with the Revs’ scoring prowess, I’d rather have insurance against a New England goal.

Finally, I’d take a chance on Columbus finding the net between 15 and 30 minutes at +375. Out of four home matches, the Crew have scored in that stretch on three occasions, with the lone exception being a scoreless draw against Philadelphia. This is a long shot, but it’s a reasonable risk with how often it’s happened.

This hasn’t been a comfortable trip for New England in recent years, as Columbus has won four of the past five meetings, including last year’s Eastern Conference finals. Given that the Crew have played great defense all season long and the past five matches have ended with one side winning to nil, I’m leaning toward a repeat of the recent past.

I don’t think Columbus is losing its first matchup in its new stadium. I’m taking the Crew to claim a 1-0 win at +850. Bet your soccer picks FREE this weekend by taking advantage of a 100% real cash bonus on your first deposit of $100 to $1000 at BetNow Sportsbook!