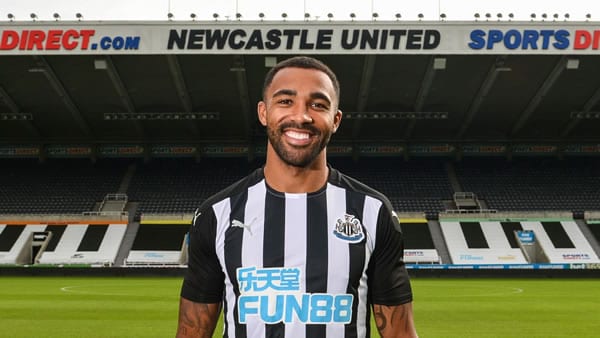 Tottenham beat Newcastle 3-1 on July 15 at St. James Park in Newcastle upon Tyne.

Based on talent alone, this match should be straightforward. After all, Spurs was a top-six side last year, while Newcastle languished in the bottom half of the standings. But this match isn’t as simple as it looks. Spurs might very well be an exhausted side, as they’ve been racking up the frequent flier miles as of late. Because Tottenham ended up in the Europa League’s qualifying round, it’s had to squeeze in two extra matches, and bad luck with the draw meant that both of those matches were played away. Over the past 13 days, Tottenham has traveled from London to Bulgaria to Southampton to North Macedonia and now back to London, with this being their fifth competitive match in less than two weeks. Newcastle, on the other hand, hasn’t left northern England since the opening day of the season, and the Magpies were able to put out a reserve side in the English League Cup without any issues. They’ve been able to get a full week of rest while Tottenham had to scrap, and they traditionally play well against Spurs in northern London. Newcastle has beaten Tottenham in four of its past six visits to Spurs’ home ground. With a full week of rest on their side, can the Magpies make it five wins in seven trips?

The normally stout Newcastle defense let down in a big way against Brighton, giving up a penalty four minutes in and then falling behind 2-0 three minutes later. Once the Magpies were in that kind of hole, there was no way back for them. Newcastle isn’t a side that’s built to come from behind, as the Magpies are at their best when they can play tough defense and look for their chances when they present themselves. To get a result here, Newcastle will need Callum Wilson to step up the way he did in the season opener against West Ham United. Wilson came over from Bournemouth at the start of the season and quickly made his mark, scoring the first Magpie goal of the season in the 56th minute against West Ham. Steve Bruce was able to get Wilson some rest after Newcastle’s listless performance against Brighton, and there’s no question that Wilson and Jonjo Shelvey will have to be much better than they were if Newcastle is to have any hope of taking advantage of Tottenham’s tired legs.

The big question here: are Spurs fit enough to win this match? Shoehorning five games into 13 days is not easy, especially when you’ve got to keep your big guns on the pitch for all of them. Usually, the Europa League’s early rounds lend themselves to a club like Tottenham crushing a side from a second-tier soccer nation, but Spurs struggled to break down KF Shkendija. Tottenham needed goals from Son Heung Min and Harry Kane in the final 20 minutes to secure passage to the next round, and while that’s usually the extent of their game plan anyway, there’s no question that the mileage is going to add up in this crazy season. Because of this, it might be wise to limit your expectations for Spurs’ attack. Tottenham is still capable of breaking out against this defense at any point, but it’s going to be tough sledding against a Newcastle side that has a defense-first mentality when Kane and Son aren’t at their normal fitness levels.

Here’s the bet I want most: either team to win by exactly one goal at +160. The past seven meetings between these sides in London have ended with one team coming out on top and doing so by either 1-0 or 2-1. Newcastle has claimed four of those wins and Tottenham three, but all seven have been by exactly one goal. But I’m going to get a lot more aggressive than that. With Spurs coming off of all that travel, I’m taking the live dog here. You really don’t need to get more aggressive than +575 for a win, but you can do it anyway by taking Newcastle and both to score at +1050. There is a real danger of Spurs being so exhausted that it can’t break down the traditionally stubborn Newcastle defense, but rare is the person who has made money betting against Harry Kane finding the net. I’d either go ultra-aggressive and play for both to score or just leave the score out of it and back Newcastle to win. I’m perfectly happy with making $57.50 on a $10 bet on the Magpies; there’s no need to get greedy there. If you want to play more conservative than that, go for Newcastle on a draw no bet at +375. The double chance is also enticing at +165, but ties are very rare between these two teams. The last time a Newcastle vs. Tottenham match ended in a draw was in 2011, a streak of 16 consecutive matches with a winner. I’d rather take more than double the payout on a win and accept the push if a draw does finally occur. Finally, I’d go for a scoreless first half at +200. Newcastle will want to play defense first, and Tottenham is likely to struggle after the long flight back from eastern Europe. I don’t expect Spurs to be ready to attack in this one.

I know I just said not to bet against Harry Kane finding the net, but that’s for the main bet, which is designed to give us the best chances on the board to find wins without getting too greedy. The correct score bet, on the other hand, is where we can throw caution to the wind because any bet you make here is going to pay handsomely if it hits. As such, I’m going to back the Newcastle defense to replicate what Everton did and keep the match low scoring. I don’t think Spurs has the legs to play its normal match, and I will back Newcastle to earn a 1-0 win at +1550.