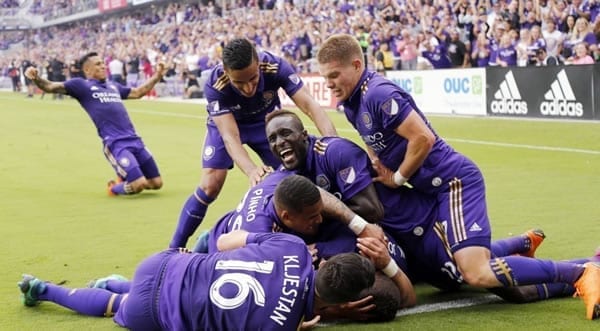 Eastern Conference and Western Conference finally meet in this strange 2020 MLS season, as Orlando makes its first trip of the season west of the Mississippi River. The Lions are enjoying their best season as an MLS side since joining the league in 2015, and they now carry a six-match unbeaten streak into Kansas, a place where they’ve never gotten a point in their history.

But with no fans, Children’s Mercy Park isn’t quite the fortress it usually is, and Sporting is not playing anywhere near as well as it did at the MLS tournament. SKC came home from Florida in first place in the West, but since then, they’ve done a lot of losing to teams not named Minnesota. Sporting has beaten the Loons twice, but its other five matches since coming home have seen two draws and three losses, including two defeats on their own pitch. Can Sporting find a way to cure its ailments and get back atop its Western perch?

BOOKMAKER SPORTSBOOK HAS UPDATED THE WAY THEY DO LIVE BETTING ON THEIR SITE. IT’S AWESOME! ONLINE SINCE THE 1990’S, THEY’RE ROCK SOLID! FAST PAYOUTS TOO!

To be completely fair, we don’t know if Orlando’s recent run is for real given MLS’ regionalized schedule over the past month. The league kept teams restricted to their own geographic pocket for most of the past four weeks, which meant Orlando played all of its games against Nashville, Miami, and Atlanta, three of the weakest teams in the league in 2020. When the Lions did finally face a team from outside the Southeast, they got to play Chicago, which occupies the Eastern basement.

But Oscar Pareja’s men can only play the teams on their schedule, and against that competition, Orlando has done precisely what it should have done. The Lions are building this thing the right way, as they appear to have a genuine star in Chris Mueller and have an up-and-comer quickly making a name for himself in Benji Michel. Michel has especially seized his opportunity as of late, as the 22-year-old has now found the net in three of Orlando’s past four matches, allowing the Lions to take a pair of important points against Atlanta and Nashville.

The big issue with Orlando is that its defense remains a work in progress that hasn’t seen a lot of progress. The Lions have seen both teams score in 14 out of 16 matches this season, and they’ve blown a lead in three of their past four games, having to settle for a tie in two of them. Orlando will almost certainly score, but no lead is safe with the Lions.

Alan Pulido is set to return any game now for Sporting, but for the time being, he appears to be set to miss his fifth consecutive contest. While he’s been on the shelf, Johnny Russell seems to have discovered the fountain of youth. The Scotsman is now on the wrong side of 30 but has come up big for Sporting in its past two matches, scoring all three of SKC’s goals in their past 180 minutes. Russell has been a somewhat consistent scorer for Sporting since he came over from England, putting home 19 goals in his first two seasons in Kansas, and he’s going to have to keep that up moving forward until Pulido is able to return to action.

The big thing that Sporting has to do to get a result here is to avoid going behind early. Orlando does have a tendency to blow leads, but you can’t have a tendency to blow leads without getting them in the first place, and Sporting has had a tendency to give up the early goal. In its past four home games, Sporting has conceded in the first 20 minutes on two occasions and gone into halftime behind twice. In their most recent match with Dallas, Sporting fell behind two goals before Russell brought them back, only to lose in the final five minutes. Against Orlando, falling behind early is a death sentence.

With no home crowd in Kansas City, this seems to be the perfect time to take Orlando on a double chance at -106, or even on a draw no bet at +190. The Lions are brimming with confidence and have already gotten a win at Atlanta, a place they had never won before in their history. Sporting’s defense doesn’t seem capable of holding off the Lions, and Orlando has been a first-half team all season, which does not play well with SKC’s history.

Because of that, if you want to be aggressive, I’d take Orlando to win and both teams to score at +475. The Lions’ defense isn’t stopping anybody right now, and Russell is getting the job done well on the attack at the moment. I think Sporting will get a goal at some point, but I think it’s going to come a little too late for SKC to pull off the comeback that they’ve tried to do in their past few home games.

Am I completely sold on Orlando? Absolutely not. But I can’t ignore that Kansas City is playing horribly at home and seems to be devoid of confidence. Sporting has already gotten passed in the standings by Seattle, and things don’t look like they’re going to get any better for Peter Vermes’ side anytime soon. I expect there will be goals here, and I’m going to take Orlando to put an end to its horrible history in Kansas City by grabbing a 2-1 win at +1250. Bet this week’s soccer picks for free by grabbing a 100% REAL CASH bonus on your first deposit of $100 to $300 at MyBookie Sportsbook!