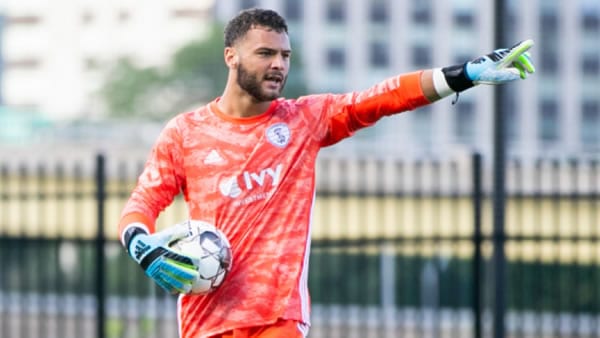 Both sides come in feeling pretty good about themselves after getting a solid result in the opening weekend, with Orlando holding rival Atlanta to a scoreless draw and Sporting flipping a match around completely in a span of three minutes to beat the Red Bulls. Both teams are still battling through injuries and look nothing like what the final product will be when the season comes to an end, so any points that can be gained here are a major plus.

Historically, this has been a relatively even battle, as the past five meetings have seen two wins each and a draw, with the goals evenly split at six per team. The one advantage was Sporting’s success at home, but that changed last year when Orlando came up with a pair of early goals and claimed a 2-1 win for its first-ever victory in Kansas. The Lions have now won their past two meetings with Sporting, but road success has often been hard to come by in Orlando’s brief history. Can they make it three straight over Sporting with another win in the Sunflower State?

So far, the Lions have made it clear that last year was no fluke, as they’ve gotten off to a solid start by holding Atlanta scoreless and getting an important point without having much of the possession. The big concern for Oscar Pareja’s side is that it failed to finish on several quality chances against Atlanta that could have given them a big victory over their archrival. The Lions generated two golden chances in the second half, only to see Atlanta keeper Brad Guzan push them aside.

Things should be a little easier for the Lions in this matchup because Sporting doesn’t have a world-class keeper on its backline. If Chris Mueller gets the kind of space that he found against Atlanta, he should bury a chance this time around. However, whether he gets that space will be dependent on the health of Alexandre Pato, who is a question mark after suffering a bruise against Atlanta.

Playing New York’s possession game is difficult, but when it’s done right, it can turn into a win, and it allowed Sporting to steal three points in a matter of minutes. Granted, part of the problem was some shoddy defending by the Red Bulls, which allowed Daniel Salloi to break free and put an easy goal just a minute after Sporting scored from the penalty spot.

But scoring isn’t the worry for Sporting in this situation because SKC is dealing with several injuries on the backline. Tim Melia is on the sidelines, leaving the job to young John Pulskamp, who just celebrated his 20th birthday on Monday. Pulskamp’s the only keeper available in light blue, and he doesn’t have veteran defender Graham Zusi in front of him because of injury there as well. The defense held together against New York, but Orlando could be a lot hungrier after getting held scoreless by Atlanta, which could put the rookie keeper under a lot more pressure than what the Red Bulls threw at Sporting.

Orlando’s strikers aren’t likely to get held for a second straight game, and Sporting likely knows that it has to be aggressive with the potential for problems at the back. As such, I really like the over in this matchup, and I’ll go a little more aggressive and take over 3.5 at +140. I think Orlando comes into this match hungry, and given that they got two goals here last year, they should be confident that they can attack this situation.

I also like Orlando on a double chance at -120 given the injury problems that Sporting’s facing, but if you want to get aggressive, I’ll play for a draw and both teams to score at +340. With Sporting likely to focus on attacking play and Orlando anxious to score, I’m not worried about the possibility of another scoreless draw for the Lions.

These teams are usually fairly even, and I think there won’t be anything to separate them in this matchup. It’s more of a matter of how many goals will find the net here, and I think four is the correct answer in this situation.

I’ll play these teams to split the goals and the points and back a 2-2 draw at +1200. Did you know that you could be betting at reduced odds on not only soccer, but ALL sports? Find this awesome feature at BetAnySports Sportsbook!