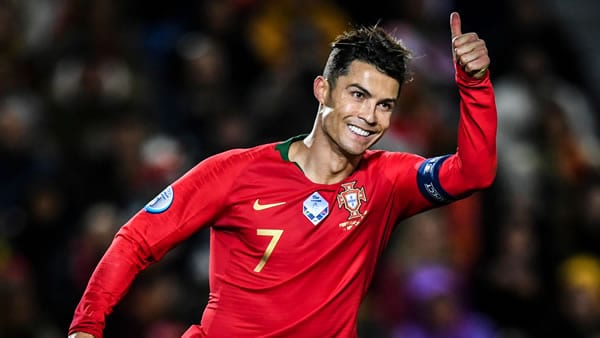 European champion Portugal returns to the site of its greatest triumph to take on world champion France, with the prize being first place in the group and a big step toward qualifying for next year’s UEFA Nations League final tournament. Both sides looked relatively comfortable last month in wins over Sweden and Croatia, as both teams blanked Sweden and hit Croatia for four goals each.

But when they’ve faced each other, France has usually had the better of the results. Up until 2016, Les Bleus had won all three competitive matches against Portugal and had won 18 games overall against five defeats. Since that shocking loss, France has been virtually unbeatable at the Stade de France, winning 12 of their past 13 competitive matches and taking a draw with Turkey as their only blemish on an otherwise perfect record. Even though France is now the reigning world champions after their World Cup triumph in 2018, nothing can take away the feeling of losing Euro 2016 in their national stadium. Can they earn their revenge here?

There are two ways to look at Portugal’s scoreless draw with Spain. On the one hand, the Navigators created several chances and were unlucky not to put the ball in the net. On the other, Spain had the lion’s share of the possession (66 percent) and had Portugal on its back foot for much of the contest. Had the Spanish been more clinical with their finishing, Portugal probably would have ended up with a loss.

So that makes this challenging to examine, given that France is every bit as capable of bossing the possession and controlling the flow of the match. In order to get a result here, Portugal will need Cristiano Ronaldo to come up with a huge performance. Ronaldo always seems to be at his best when he puts on a Portuguese shirt, and there’s no question that he’ll be motivated given what happened last time he played in this stadium. His nation’s greatest soccer moment was bittersweet for him, as he picked up an injury 25 minutes into the match and had to watch his side win the title from the sidelines. Few are better at finding motivation than Ronaldo, and given France’s improvements since 2016, Portugal won’t be able to get a result without Ronaldo a second time.

Everything that could go right did go right for France in their dissection of Ukraine, as the French controlled the tempo and got goals from Olivier Giroud, Kylian Mbappe, and Antoine Griezmann. It was exactly the way that France needs to play and a nice boon for the attack after Les Bleus struggled in most of its first three halves of Nations League play. France got just one goal in its first 130 minutes of action, but since then, the French have put home 11 goals.

Where Les Bleus have to step up is on defense. France’s defense was never the greatest even in the run to the World Cup final, as they conceded three goals to Argentina and two to Croatia during their run to the championship. The old back line problems popped up again against Croatia last month, and they’ve continued at home even as France has continued to win. Out of the past five matches the French have played in Saint-Denis, the visitors have scored on four occasions, with the lone exception being offensively-challenged Andorra.

From my point of view, the safest way to play this is to take France to win the match. I think France is a stronger side than Portugal and has only gotten better since its World Cup triumph. Wednesday’s rout showed that the French attack is on point, and Portugal is going to have a hard time keeping Les Bleus off the scoresheet. With Griezmann, Giroud, and Mbappe pushing forward, there are just too many weapons to expect Portugal to preserve the shutout.

However, I think there’s more value in taking France to win and both teams to score at +400. The French defense just isn’t what it needs to be to stop this Portugal squad, and Ronaldo always seems to show up when his team needs it most. You can also take France to win over 2.5 goals at +270, but I think you’d be leaving money on the table there. In the past four matches between these teams, the winning margin has always been a goal. I can’t see Portugal losing this match by three, and that’s what it would take for France to hit the over without a Portuguese goal. Finally, I’d throw a bet on either team to win by exactly one goal. As we’ve said, the past four meeting between the sides were all decided by one goal, and I don’t think either side is so much better than the other that they end up with a huge margin. At +125, this represents solid value.

Nobody in France has forgotten four years ago, and I think revenge will be the main thing on the minds of Didier Deschamps’ side in this match. Plus, being the home team in the first of two meetings in this group means that France needs to get a win so that it can get an early edge on topping the group. All Portugal has to do is play for a draw, and it would be in prime position to win the group by getting a win when the teams meet in Portugal later in the competit