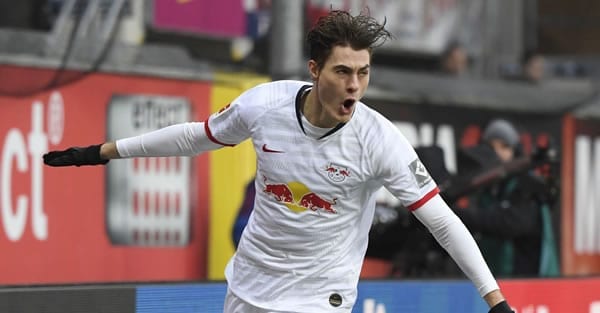 This match is a question of motivation, as it appears only one side has a lot to play for here. For RB Leipzig, the motivation is evident, as the Red Bulls are still fighting for second place in the Bundesliga and badly want to hold on to their Champions League place.

For Cologne, there isn’t a lot to play for. The Billy Goats could get sucked into the relegation muck if the teams behind them continue to win, but we’re now down to just five matches left per team after this match, and Cologne is still seven points clear of the drop zone. All Cologne have to do to stay safe is to draw their home matches with Union Berlin and Eintracht Frankfurt, or win one of them. With the job nearly done, there isn’t a lot of obvious motivation on paper for this side.

The draws have got to end if Leipzig is going to be in the Champions League. Truth be told, given that Leipzig was reduced to 10 men in the final 22 minutes against Hertha and gave away a rather senseless penalty, the Red Bulls were probably lucky to get out of their home match with Hertha with a 2-2 draw. But although that scoreline might have flattered the Red Bulls a bit, it didn’t do much for them in the standings.

Only Schalke has as many draws this season as RB Leipzig, and that’s the main reason why the Red Bulls aren’t putting pressure on Bayern Munich in the title race. RB Leipzig tends to lose its way a bit against good sides, which has led to a multitude of draws. But draws haven’t come often against lesser opponents, as Leipzig tends to handle the lower half of the table with relative ease. In their past five matches against teams at the bottom half of the table, Leipzig has won four and outscored its opponents 14-4. When you have Timo Werner in your lineup, as the Red Bulls do, goals are almost sure to follow.

Did you ever play racing games growing up and discover that no matter how well you did or didn’t do, the race was always close because of rubber-banding AI? That’s Cologne in a nutshell. Since the restart, the Billy Goats have started fast against Mainz, jumping out to a 2-0 lead. They started slowly against Dusseldorf, falling behind 2-0. Both games ended in a 2-2 draw, as Cologne let Mainz back into the match, but pulled two goals from out of nowhere in just five minutes to salvage a point against Dusseldorf.

What that says about this team is that while they’re never truly out of a match, you can never really feel safe with them. Of course, as their game against Hoffenheim showed, it is possible for Cologne to dig the hole too deep to climb out of, as they fell behind 3-0 and could only pull one back.

If Cologne is able to salvage a draw or even win, Jhon Cordoba is likely to play a part in that. He’s scored 11 of the Billy Goats’ goals this season, and he’s probably the biggest reason why Cologne has scored in 15 consecutive Bundesliga matches.

Given what RB Leipzig has done against lesser sides and what Cologne has done against virtually everyone, I think backing RB Leipzig and both teams to score has some value at +155. Cologne has been excellent at finding a late consolation goal and never throwing in the towel even when it looks hopeless, which is precisely what you want in a both to score bet.

However, it’s a bit risky in this situation, because it’s tough to tell just how motivated Cologne is going to be the rest of the way. The Billy Goats seem to be well on their way to a comfortable mid-table finish, and all they need to do not to jeopardize that is avoid defeat. That makes under 3.5 goals a reasonable bet, as it’s easy to see Cologne holding this score down and ending up with a close loss. Given Leipzig’s tendency to draw, there’s also a case to be made for taking Cologne on a double chance at +145, but I don’t really have a great feeling about that. I think Leipzig needs this match more and likely finds a way to claim three points. Bet today’s match for FREE by taking advantage of a 100% REAL CASH bonus offered at MyBookie! Simply deposit anywhere from $100 to $300 and they’ll reward you with a dollar for dollar match!

After 15 straight matches with a goal, it’s tough to pick against Cologne finding the net. But against this RB Leipzig side, a consolation marker might be all that they get, and that’s if they’re motivated enough to find it. I think Cologne has enough to give a credible showing, but I can’t say that I believe they have enough to really spook RB Leipzig. I’m going to play a correct score of 2-1 at +750, figuring that Cologne snatches a late consolation goal.