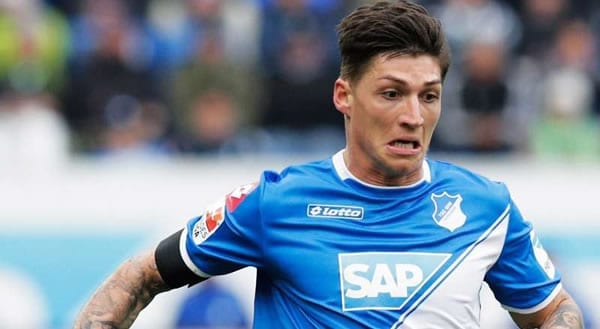 Both of these sides left critical points on the pitch last week, as Leipzig blew a sure win in stoppage time against likely-doomed Paderborn, and Hoffenheim lost a late lead against Dusseldorf and had to settle for the draw. However, both sides are still exactly where they want to be. Leipzig still holds a three-point edge for a Champions League place and wins from Bayer Leverkusen, and Bayern Munich in Germany’s national cup tournament has opened the door for the seventh-place side in the Bundesliga to claim a Europa League place. As such, there’s plenty to play for in this matchup of teams who have lost just once since the restart.

The masters of the draw did it again, taking their third consecutive draw at home since the restart. This time, that wasn’t a good thing, as RB Leipzig lost a certain three points against the worst side in the Bundesliga because it couldn’t find the target. Part of that was because Leipzig had to get defensive after losing Dayot Upamecano to a pair of yellow cards, but even after going down to 10 men, Leipzig still should have had enough to see off Paderborn.

However, as pedestrian as Leipzig has been at home since the restart, they’ve been that good away from Red Bull Arena. Since the calendar turned to February, the Red Bulls haven’t lost a single match and have shut out four of their five opponents away from home. Cologne was the only team to find the net at home against the Red Bulls, an even more impressive thing when you consider that one of the teams Leipzig shut out was Bundesliga kingpin Bayern Munich.

Whether Leipzig can bounce back will depend on whether they can get Timo Werner good looks at the net and how well they can adjust to playing without Upamecano, who is suspended for this match after the red card last week. But if they were going to have to adjust against anyone, this is the squad to do it against Leipzig boss Julian Nagelsmann knows Hoffenheim like the back of his hand, given that he was the Hoffenheim coach from 2016 until this season.

Apparently, a draw with Dusseldorf was the final straw for Alfred Schreuder, as Hoffenheim fired the Dutchman Tuesday with four matches left in the season. Marcel Rapp comes up from the youth team to take over, and this has now become a risky gambit for a side that wants to get back to European competition.

The truth is, Hoffenheim hasn’t been playing poorly, but it also hasn’t been able to find wins that were there for the taking. In four consecutive matches, Hoffenheim has taken the lead at some point in the game, but only twice have they managed to hold on for the victory. The lack of consistency mirrors the lack of consistency in the Hoffenheim attack. Six Hoffenheim players have managed to score at least four goals this year, but only one of them — Robert Skov, who hasn’t scored in four matches — has started more than 20 of Hoffenheim’s 30 games.

The draw might seem a good bet here, but I think RB Leipzig comes out with a point to prove after blowing the Paderborn match and plays for a win. We also don’t know what we’re going to get from Hoffenheim, which will be playing its first match under a new boss and has had no time to prepare for Rapp. Even Hansi Flick needed a couple of games in charge at Bayern Munich to get things rolling, and I think that in the short term, this will cause more issues than it solves for Hoffenheim.

With that in mind, I like RB Leipzig to win with at least 3.5 goals in the match, which is paying at +155. It’s a bit of a risk given that we don’t know what Hoffenheim will do, but Leipzig’s past three wins have all seen at least four balls fly into the net, so it’s a pretty good bet to take the over and the visitors. If you want to gamble that we’re going to see the same Hoffenheim side we saw under Schreuder, you could back a Leipzig win and both to score for +135. Given that Hoffenheim has led in each of its past four matches, there’s also a lot of value in the first goal going to Hoffenheim at +180. Bet this game for FREE by taking advantage of a 100% REAL CASH sign-up bonus on your first deposit of $100 to $300 at MyBookie! You must use this special activation link to get the bonus!

I think this is going to be a fairly open match, and I believe RB Leipzig is ready to make up for its failure last week. The Red Bulls don’t have any real shot at winning the title anymore, but a win here can put them on the cusp of Champions League soccer, especially if Monchengladbach falls to Bayern. I can see a goal coming for Hoffenheim, but otherwise, I really don’t trust this side without its coach. I think Hoffenheim comes in directionless, and I like RB Leipzig to replicate the 3-1 victory it picked up over Hoffenheim back in December.