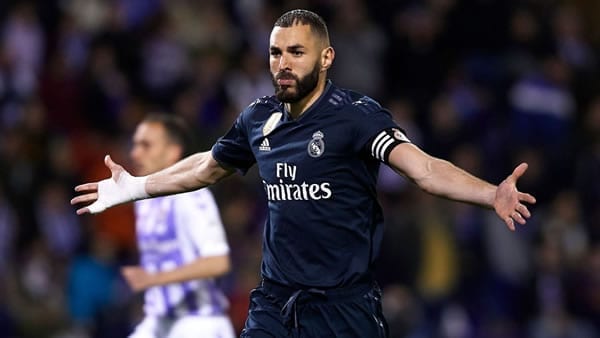 In times of uncertainty, stick with those who are rock solid! Bookmaker!

Finally, we’ve returned to Champions League soccer, five months after COVID-19 first postponed the competition. Manchester City comes into this matchup with most of the job already done, as they took two goals home with them from Madrid in the first leg of this matchup and can advance to the quarterfinals as long as their defense doesn’t completely collapse. History is on the Sky Blues’ side, as Manchester City has never failed to advance in a Champions League matchup after winning the first leg on the road.

For Real, only a big number will do. The Vikings need a win with a minimum of two goals scored to have any hope of advancing. A win by two goals or more will do it, but that’s something that hasn’t been done at the Etihad by anyone since Wolverhampton Wanderers did it back on October 6, 2019. Since then, Manchester City has made its home a virtual fortress, winning its past seven home contests and shutting out six of its past seven visitors to the Etihad.

Defense, not offense, has been the way to victory for Real Madrid, which gave up a mere 25 goals in 38 matches during its march to the Spanish title. The offense wasn’t bad for Real by any means, but it also wasn’t fantastic. Over the final nine matches for Real, the Vikings won eight and tied one, but never scored more than two goals. When you have a defense that gives up less than a goal a match, you can get away with scoring either once or twice, but because the Real defense couldn’t do the job in the first meeting with Manchester City, the only way two goals will be enough is if Real can score a 2-0 win over the Sky Blues, which seems highly improbable.

With team captain Sergio Ramos suspended after a red card in the first match, things look even bleaker for Zinedine Zidane’s men. In order to get the win they need, Real is going to need a big game out of Karim Benzema. Benzema and Eden Hazard form the main goal threats for Real, and both will have to find some space against a City defense that has proven very hard to break down at home. Over the final seven home matches, only Bournemouth found a goal at the Etihad, and Bournemouth were a desperate side. Real will be as well, but the Vikings have never managed to advance in the Champions League after losing the first match at home.

Everything Manchester City has been doing for the past month and a half has been building toward this moment. The Sky Blues knew that they had no hope whatsoever of catching up to Liverpool, so they used the restart to prepare themselves for the Champions League. City were nothing short of outstanding over the final month of the season at home, appearing at times to be in a class by itself. That included a 4-0 rout of Liverpool, as the Citizens showed the Premier League that nobody was capable of stopping them when they were clicking on all cylinders.

City now have plenty of motivation outside of a ban from future European competition after the ban was rescinded, but this competition was always the Sky Blues’ main motivating factor, and now that they’re playing in the tournament that they most wanted to win, expect the performances that Manchester City showed at the end of the Premier League season to continue. From the City perspective, look for Kevin de Bruyne to again be the main man for the Sky Blues’ attack. During the Premier League season, de Bruyne was the man who fueled the attack for Manchester City, as he led the Premier League in assists and often came up with timely goals as well. If City is going to progress, he’s going to have to again play a critical role.

Look for this match to open up. Real Madrid has no choice but to press, and Manchester City will be perfectly happy to play at a faster tempo and push for goals of their own. The Sky Blues are probably a better overall side than Real anyway, and I can’t see this working out for the Vikings to get the goals they need to advance.

To that end, I expect City to win with a high number as Real tries to get itself back into the match, and I think that backing City to win with over 3.5 goals at +225 is a solid way to play this. If you want to be a little more conservative, you could take City to win and over 2.5 goals, which will still return better than even money at +115.

For a player prop, I want Kevin de Bruyne to find the net. He’s listed at +220 to score anytime and +650 to find the first goal, and I think there’s an excellent chance that he hits the mesh if things open up as I expect.

In a match like this, where one side has to put up a big number to have any hope, it’s wise to go with a big number and try for the big payout. If Real didn’t have to win this match and score at least two goals, you could make a case for a lower score, as the gulf in talent between these teams isn’t that wide.

But for a situation like this, Real will likely be pushing for a late goal or two to try to save its skin and leave itself open for a goal or two from City that put the match to bed. So I’m going to be aggressive with my correct score bet and play a huge number. Give me City to win this match 4-1 for a payout of +1900. Bet your soccer picks for FREE this week by taking advantage of a 100% real cash bonus on your first deposit of $100 to $250 at BetNow!