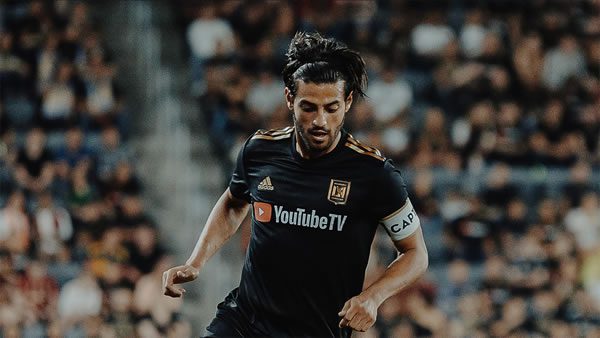 These teams have been going in different directions in a big way, as Sporting Kansas City has gone from a third-place finish a season ago to an attack that looks completely lost. SKC has just five goals to its name, tied for the worst mark in MLS, and it hasn’t scored more than one goal in a match this season.

That’s hardly ideal when you’re facing off with the best attack that MLS has to offer, as LAFC has leads the league in goals scored with 14 and has seen a return to form for star striker Carlos Vela. The Black and Gold had their season end without a playoff appearance for the first time in their history, which led to Bob Bradley’s departure as coach. However, LAFC appears to have rediscovered its scoring touch under Steve Cherundolo, as they’ve rocketed into first place in the Western Conference even after getting beaten by city rival LA Galaxy last time out. With Sporting seemingly in a free fall, this should be the time for LAFC to bounce back.

Sporting has been the classic home-pitch hero this season, as SKC has won two of three matches in Kansas and is 0-4 when it goes on the road. Not only has Sporting been losing when it plays away, but it’s also barely been competitive, as SKC has been outscored 9-2 in its four matches away from home.

Part of the problem has been Sporting’s shooting, as it has only put 12 shots on target for the entirety of the 2022 season in road matches. In order to score in any real soccer league, you have to make the goalkeeper make saves. Sporting isn’t doing that, as most of its shots have harmlessly gone out of bounds or found a body other than that of the opposing goalkeeper.
The last match against Nashville was more of the same: Sporting took 18 shots but only put five of them on the net during the match and came out with a 2-1 loss. Johnny Russell simply cannot do everything for this team; someone has to give him some real help.

When you’ve got the best player in the league on your roster, you’ve got a bit of wiggle room into how you can prepare yourself for games and what your strategy needs to be. Los Angeles FC has long been a team that will go as far as Carlos Vela can carry it, and with four goals on the year, the Mexican striker has been outstanding to start the year.

The defense, however, leaves something to be desired. LAFC might have the West’s best record, but it certainly hasn’t come easily, as it’s given up a goal in three straight matches. Against Vancouver, which has one of the weakest offenses in MLS, the Black and Gold got caught completely asleep on a free-kick and conceded a rather embarrassing early goal to the Whitecaps. LAFC did bounce back and emerge with a 3-1 win, but that play showed that there are still too many mental mistakes to consider this team a serious contender at this stage. The Black and Gold are winning matches, but save for a win against Orlando, they’ve done so against a very soft schedule. Eventually, playing this poorly on defense is going to haunt them if they don’t get this cleaned up.

If you’re looking to get aggressive here, I actually like the team to score first to lose the game at +575. LAFC has conceded the first goal in four of its past five matches, yet it won two of those and drew another. Not only that, but in each game, the goal has come in the first half-hour, which says that there’s plenty of value to backing a Sporting goal in the first half at +160.

LAFC hasn’t given up a goal in the second half all season, so I think the best conservative play on the board is LAFC to win the second half at -125. There’s a small amount of juice to play with this pick, but the Black and Gold have outscored its opponents 7-0 in the second 45 minutes, so backing them to get stronger as the game goes along makes a lot of sense.

Finally, I lean toward LAFC and both to score at +200. Sporting hasn’t scored more than once all season, so there’s a big risk there that LAFC might actually play strong defense and get the shutout. But I don’t trust the LAFC defense to not get caught ball-watching at least once, which means they’ll likely give up a goal they shouldn’t.

Given that LAFC can put up goals in a hurry and has not played well on defense, this feels like the kind of match where a multiple-goal cushion is needed to feel safe. Sporting has played four road matches this season and lost three of them by two goals, with two of them coming by the same 3-1 scoreline.
I think that makes the most sense here as well. I’ll take LAFC to win 3-1 at +1050. Bet your MLS picks for FREE by taking advantage of a 100% real cash bonus on your first deposit of $100 to $300 at MyBookie Sportsbook! (Must use bonus code PREDICT100 when registering for a new betting account).