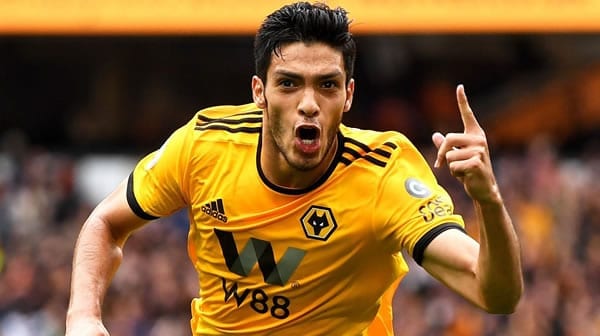 Chelsea defeated Wolves 5-2 on September 14 at the Molineux Stadium in Wolverhampton.

It’s the final day of the season in the Premier League, and both sides have plenty on the line. For Chelsea, a draw will be enough to get them into the Champions League, as it would ensure that they finish ahead of the loser of the Manchester United-Leicester City match (or Leicester, if that match ends in a draw), an ideal situation for the Blues given that they’ve won five straight games at Stamford Bridge.

Few teams have been as consistent as Wolves, which has played excellent soccer since the restart, earning five wins and a draw to put themselves in position to possibly claim another trip to the Europa League. Wolves has won by controlling the match from start to finish and relying on a firm defense to turn away attacks. Only once in Wolves’ past eight games have both teams found the net, and that 1-1 draw with Burnley where Wolves was hard-done-by a penalty decision that really shouldn’t have been awarded in the first place.

To keep the run of form going, Wolves is likely going to have to count on a second option besides Raul Jimenez. Jimenez is easily the best attacker Wolverhampton has, but Chelsea knows that too and will try to focus on closing off Jimenez’s path to goal and forcing someone else to beat them. Daniel Podence and Jonny were able to break the door down against Crystal Palace, and Wolves’ secondary scorers have to be ready should the chance come for them against the Blues’ questionable defense.

The schedule wasn’t kind to Chelsea following the restart, as the Blues have only had three matches at home since the season resumed. But when they’ve gotten to play at home, they’ve been firmly in control, outscoring their opponents by a 7-1 clip. Part of that is because two of those matches came against Norwich and Watford, who have been by far the most inept sides in the Premier League since the restart, but the Blues’ run of form at home also included a 2-1 win over a Manchester City side that has at times looked invincible.

The problem has been the defense, which has looked very mortal throughout the restart and even throughout the entire season. Of the 18 visitors to Stamford Bridge this season, 11 have left with at least one goal to their name, including European qualifiers Leicester, Manchester United, Manchester City, Liverpool, and Tottenham. The defensive lapses were on full display in the loss to Liverpool, as the Reds picked up three goals early and ensured that Chelsea couldn’t find its way back into the match.

Both teams to score should be a top bet here. The Chelsea defense isn’t stopping anyone other than the relegation candidates, and in fact, Chelsea has given up a goal in 29 of its 37 matches this season. Wolves is good enough to break this defense down and should have no problem finding the net.

If you want to get daring, I’d take both to score and the match to end in a draw. A draw is all that Chelsea needs, and a draw could help Wolves as well, as it would force Tottenham to get a win if it’s going to steal the Europa League spot. At +375, the score draw has a lot of value here. If you’re not feeling the draw, I think the over-represents good value at -121. It’s a bit of juice to have to pay, but given that I expect both sides to find the net and both teams to push hard given that goal difference is not a factor, I can see both sides getting multiple goals in this one. Actually, on that subject, Wolves is +225 to get at least two goals, which could pay nicely.

Wolves has been more of a defensive side, but in this match, they’re going to have to come out and play. I think they can go toe-to-toe with Chelsea, but that might not be enough against a side that knows a draw is good enough for their needs.

I expect this to be an open match that features both teams getting their chances, and I don’t think Chelsea has the defense to keep Wolves from getting its attack going. I’m going to play a correct score of 2-2, which pays off at +1450 and would get Chelsea into the promised land.