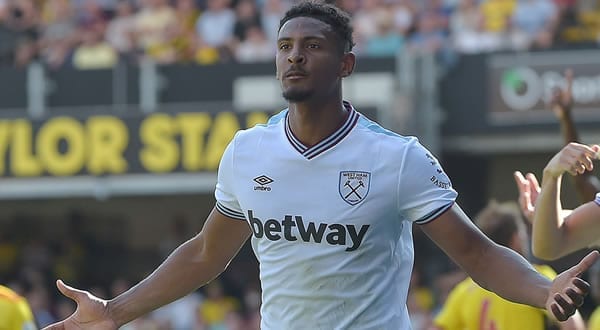 While Wolves push toward a second consecutive appearance in European competition, West Ham is just hoping to remain part of the Premier League. West Ham needs points in a hurry, however, because it’s hitting one of the toughest parts of its schedule. Over their final nine matches, they’ll face three of the Big Six as well as Wolves, which could make it very difficult to avoid a relegation battle. West Ham had won just once in eight matches heading into the pause, which has the Hammers only out of the drop zone on goal difference. Getting points has proven to be no problem for Wolves, which has avoided defeat in five straight Premier League matches. Defense has been the name of the game for Wolves, which hasn’t allowed a goal in four of its past five Premier League matches and hasn’t tasted defeat against an English side since January 23. Only Liverpool and Manchester United could say they were playing better soccer than Wolves at the pause, but can Wolves regain its form after three months off?

Since September 9, when Chelsea ripped through Wolves for five goals, the Wolverhampton defense has made itself into the team’s backbone. Since that match, nobody in England has found the net more than twice against Wolves, which is on the verge of proving that last year’s seventh-place performance was no fluke. The Wolves sit just five points back of Chelsea for fourth place, and with Manchester City’s expulsion from European competition for the next two years, fifth place will be good enough to earn a spot in the Champions League. For Wolves to get that coveted spot, it’s got to get its attack going again. Wolverhampton’s offense has basically run through Raul Jimenez at the front and Adama Traore and Joao Moutinho providing the setup. But other than Jimenez and Diogo Jota, no Wolves player has more than four goals on the season. Jimenez scored in two of Wolves’ past three matches, and he’s got to be back on track for Wolves to get rolling.

If West Ham could play defense, it probably wouldn’t be looking at relegation right now. West Ham has had multiple incidents where it could have gotten more out of a match if it had played better defense, such as when it had Liverpool down 2-1 in the second half at Anfield, or when it held a 2-0 lead on Brighton. Both times, West Ham gave up two goals and ended up with a loss to Liverpool and a draw with Brighton. What that’s meant is that West Ham is seldom out of the match, as its offense has scored two goals or more in three of its past five games. In fact, its attack was strong enough to see it through against both Chelsea and Manchester United, both of whom have Champions League aspirations. But it also means that no lead is safe with the Hammers, and with 50 goals conceded in 29 matches, it’s pretty common to see goals flying into the net in a West Ham match. That’s especially true at the London Stadium, as nine of 15 games have seen both sides find the net.

On the surface, backing both teams to score might seem to be an excellent way to go, given that it’s only at -121 and that West Ham has scored in all but two home matches this season. But if you look closely at the Hammers, two of their past four games at home have been the two matches that saw them fail to find the net. So with that said, I can see both a conservative and aggressive way to play this. If you want to play conservatively, I think you’re in good shape, taking Wolves to win the match straight up. The Wolves have tended to take care of business against teams at the bottom end of the table, and you’re getting plus money here. For an aggressive strategy, I’d take Wolves to win to nil at +240. If you want to get really aggressive, you could play Wolves to win and under 2.5 goals in the match at +340, but Wolves’ past two wins have both seen them hit three goals. I think two goals is likely for Wolves here, but in this situation, I’m happy to take a smaller payout to ensure that a third goal doesn’t hurt me. You’re still more than doubling your money with this play. Dan’s Score Prediction: West Ham has usually been a good bet to score at home, but given that this is the first game back since the pause and the defense is likely to be ahead of the strikers, I can’t see the Hammers finding their way through a quality Wolves backline. Plus, I think Wolves will come in as the hungrier team. Wolves might be sitting in seventh, but the schedule sets up beautifully for them to make a real run at a top-five position. That’s only going to happen if Wolves take care of business against the likes of West Ham, and I think they do exactly that. I like a 2-0 Wolves win at +950.