BetJamaica is NOT Back; New Sportsbook Impersonating Former Manager 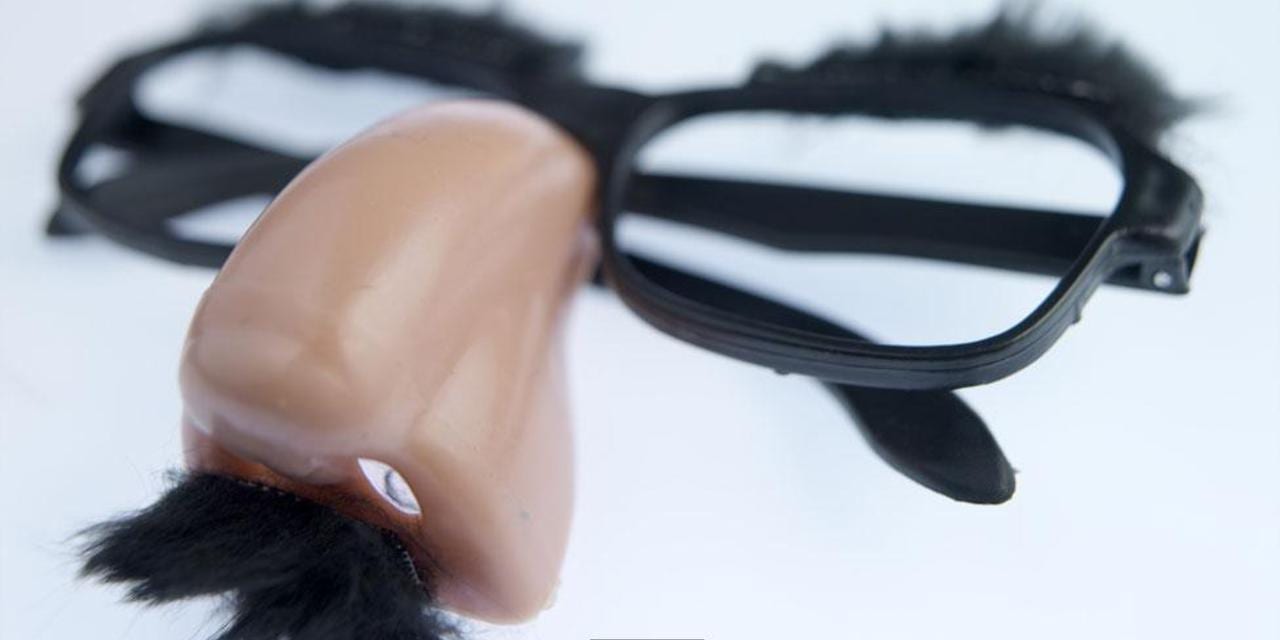 It’s been two weeks since betting forums, as well as our email box and chat messengers were buzzing after an email from a Scotty Johnson circulated saying that he was back and had brought his classic sportsbook brand, BetJamaica with him. Considering the fact that sports betting in the United States was just legalized, bettors (and Predictem) wondered if the timing meant it could be true. Since the initial email, other similar marketing material was sent, yet there were no replies to Predictem or players from Scotty on the topic. It appeared likely the email was nothing more than an attempt to acquire players on the cheap.

That indeed appears to be the case. Yesterday Predictem spoke with The Greek Sportsbook former management of ten years. TheGreek was the owner of the Players Paradise license and parent company of the original BetJam. TheGreek.com operated its book on the 2nd floor, directly above BetJamaica. He told Predictem that without a doubt Scotty is not affiliated with the new BetJam. He remains retired and is unhappy his name is being used to bring back his old player base. Scotty has stated he believes a former employee is using the old customer list and impersonating him. He has asked that BetJamaica.eu and PlayersParadise.eu stop using his name immediately.

The marketing practice of an old sportsbook brand relaunching and announcing it is back is not unheard of. Since sportsbooks started using domain names other than .com, such as .ag and .eu, it has become a fairly easy process. All the new sportsbook needs to do is open a white label betting site on a new platform, use some old nostalgic graphics, and get a copy of a list of happy customers. The new-old sportsbook is typically on a new platform without the principal owner. key mgt, or financial backers. Having visited BetJamaica in the past we can say it was actually in BetJamaica. These new sites are white labels in Costa Rica.

Another example of this was VIPsports.eu. VIPsports.com was one of the most popular sportsbooks for over 12 years, before closing in August of 2011. Less than a year later VIPsports.eu was launched and began heavily marketing to former customer of the original VIP. The original ownership was not involved and the new betting site soon began having problems paying players. 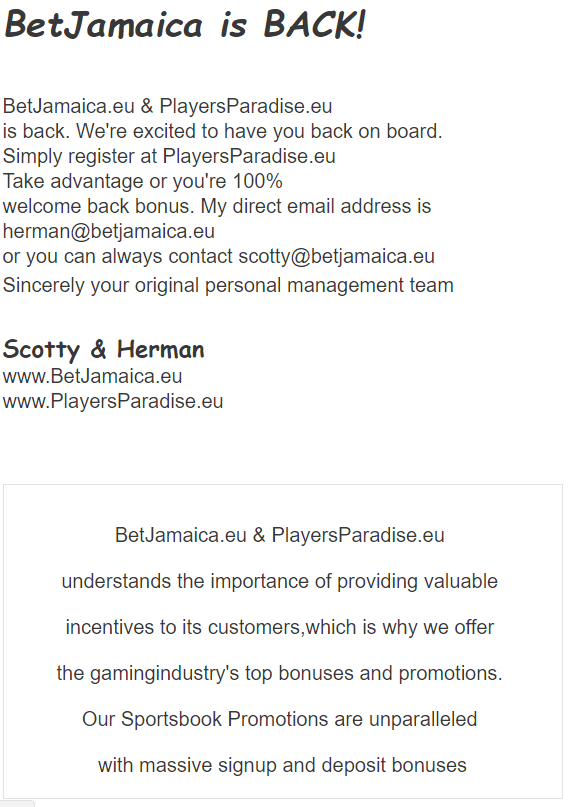 *The original email sent by the new-old sportsbook.