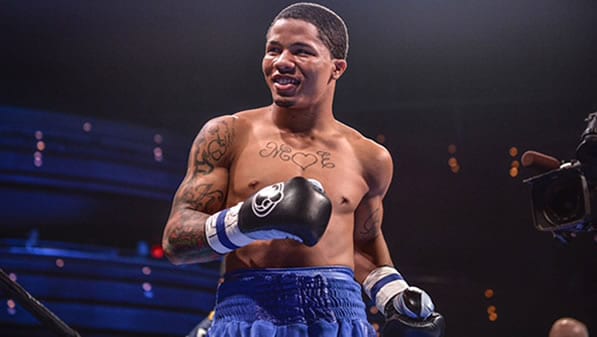 Gervonta Davis goes for his third title in a different weight class when he battles WBA 140-pound champion Mario Barrios, on June 26 in Atlanta. This is supposed to be the gravy period in Davis’ career, where the budding star will shoot to add some real nuggets to his ledger. In his last fight, he added his first really big name with a one-punch KO of Leo Santa Cruz. And he now sets his sights on a good unbeaten and young 140-pounder in Barrios.

While both men are 26, they strike a different visage. Davis is a brick house, a stoutly built and heavily muscled fighter at 5’5.” He now steps up to fight a man in Barrios who is at the very least is the biggest fighter Davis has ever faced. He will have almost half-a-foot in height with a nice reach advantage. Barrios has fought at welterweight before and is more accustomed to the weight. Davis had just two fights at 135 after moving up from super featherweight. In other words, there is a size component to this fight in which potential Barrios backers might derive some comfort.

I think it’s important to gauge what we have in all actuality with Barrios. First, the good—he’s an undefeated titlist with talent and ambition. He wields power with a left hook that goes to the head and body, along with a right hand that also does damage. He really zeroes in a while in the ring and has good people around him, namely astute trainer Virgil Hunter. And he is a pretty big fighter for the weight, a new division for Davis.

Some of the less-promising parts of Barrios’ case here aren’t even his fault. But with the politics of boxing and the WBA’s strange choice to name multiple champs within the same weight class, I’m less than sold on Barrios’ championship claims. You hear champion and your mind goes to that place. But is he a champion or a product of sanctioning body hysteria? From a realistic point of view, Barrios is really just an unbeaten contender. And he’s not a name you’d expect to hear if you asked boxing insiders to name their top five 140 pounders in the world.

BET ON FIGHTS LIVE-IN-PROGRESS AT THE WEB’S BEST LIVE WAGERING PLATFORM + GET A 50% BONUS UP TO $250 FREE! —> BOVADA SPORTSBOOK!

In other words, Barrios has done everything asked of him. He has beaten some quality fighters that gives his resume an air of quality to it. At the same time, you have a fighter being called a champion who has really yet to step into the deep end of the pool. And to go from fighting top-30 types to Davis would qualify as a major leap in opposition. We’ve never seen if Barrios can stand up to the power shots like Davis can deliver. And though his size offers some advantages, Barrios is, in fact, a large target with that long thin frame and how he pretty much stands straight-up. With the powerful hooking punches of Davis, that could be a real problem.

I think even holdouts had to look at Davis a new way after he vaporized Leo Santa Cruz with a beautiful counter uppercut in October for the biggest win of his career. He’s not just winning, he’s knocking everyone out. Only rugged German Meraz managed to last the distance with Davis, and that was seven years ago. Since he was 19, the 26-year old has stopped all his opponents. He has beaten a higher level of a fighter than Barrios, even if it did take some time for Davis to get around to taking on really tough opposition. And it’s an area where some still have questions.

Where some Barrios supporters could derive some confidence in the fact that Davis has spent his career taking on smaller guys. Even in his two lightweight fights, he took on a pair of guys in Gamboa and Santa Cruz who had spent most of their career at lower weights. Smallish himself at 5’5,” will that be a problem? In a way, you could say that Barrios is two full-weight classes bigger than anyone Davis has ever fought before.

Davis is entering his prime. His power is unquestioned. His last fight showed that against a skillful fighter in a pinch, he could produce that kind of instant fight-ending power. It can come in the form of body-shots, hooks, straight shots, or uppercuts. He has all the tools, and what some may site as a weakness with his short stature, he can use to his benefit by creating a smaller target. Barrios has no such ability. Sure, his defense is good, and he dissuades opponents with his own power, but his stance and size just makes him a little more available to be hit than Davis is.

I’m not even poo-pooing Barrios as an interesting underdog pick in this spot. With a great strategist like Hunter and size advantages in height and reach, there is a path to victory here. I’m just not sure that Barrios is that adept at using his height and reach with a moving style that could work here. Sometimes, Davis isn’t that active in the ring, and if Barrios can stymie Davis with his size and movement, he could pick up some rounds. I just see his margin for error being really small, along with a style that will make him take stands against Davis that will eventually cost him. I like Davis to take this one.

I’m betting on Gervonta Davis at -375 betting odds. Barrios has some underdog appeal with his size and unbeaten record, but the power of Davis is not something he can avoid for 12 rounds. Barrios will have his moments, with the power of Davis being the more compelling factor in this fight. Bet the fight for FREE by taking advantage of a 100% REAL CASH bonus offer on your first deposit of $100 to $300 at MyBookie Sportsbook! (Must use promo/bonus code PREDICT100 to receive the special bonus).