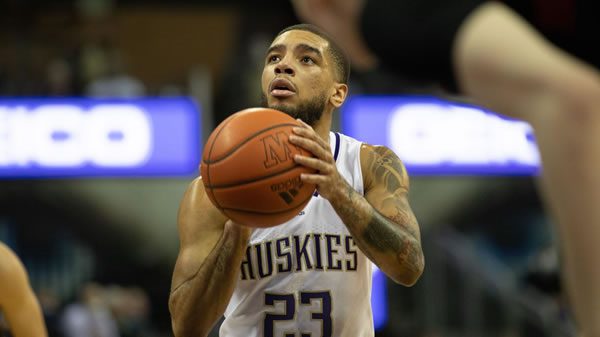 By this time next year, one or both of these teams might have a new coach, as both Bobby Hurley and Mike Hopkins find themselves coaching for their jobs in the final month of the season. Of the two, Hurley seems to be in the most trouble, as Arizona State has been nothing short of a horror show this season. The Sun Devils saw several players exit the program via the transfer window, and they haven’t come up with solutions for what they lost, resulting in the disjointed mess that they’ve put on the court this season. At this point, only two things might save Hurley: Arizona State winning the Pac-12 tournament or the ASU administration placing a greater emphasis on the pre-COVID Sun Devils that were becoming NCAA tournament regulars and giving Hurley one more year to try to get things fixed.

Hopkins appears on firmer ground after getting the Huskies into the top half of the Pac-12, but he shouldn’t feel safe either. The Huskies have gotten worse in each of his seasons in Seattle, and even though they’re starting to get wins on the profile, they haven’t managed to beat anyone of note in the league. This isn’t an NCAA tournament team either, barring a win in the Pac-12 tournament, but the Huskies picking up wins could be enough to get Hopkins another year to try to get things going in the right direction.

About the one thing you can say for the Sun Devils on offense is that they don’t really turn the ball over all that much. That doesn’t mean that they get anything done with the basketball either, as they don’t shoot the ball very well, don’t hit their free throws, and can’t shoot it from deep. Throw in middling rebounding, and it’s pretty easy to see why this team averages just 64 points per game.

What the Sun Devils can sometimes do is play defense, although you might not know it by the way the Arizona game went. That game underscored both how Arizona State can frustrate teams on defense and how it can be beaten, as the Sun Devils forced 20 Arizona turnovers but still blew the game because they let the Wildcats shoot 56.7 percent from the floor. Arizona State also got eaten alive on the glass, as the Wildcats outrebounded them 46-26 in the loss.

Washington apparently operates under the rule of three, as the Huskies can only manage three decent efforts before they come out and lay an egg. That happened at both Oregon and Stanford, as Washington was never competitive in either contest and lost both by 18+ after winning its previous three games. But the Huskies have played solidly at home since the calendar flipped to January, winning all four of their games in Seattle.

The Huskies’ biggest problem has been the offense, as they have one real weapon in Terrell Brown and a bunch of other players who can’t shoot from anywhere on the floor. If Brown is scoring, Washington has a chance, but if not, the Huskies pretty much have to win with defense to get the job done. That’s worked well against the lesser teams of the Pac-12, but against better squads, Washington has really struggled.

Arizona State will Cover If: The Sun Devils can stop Brown and keep the rest of the Huskies from doing anything at the hoop. Arizona State’s defense is good enough to keep Washington’s other options from getting much of anything going, and the Sun Devils will have to slow down the Huskies in order to keep this score low enough for their weak offense to steal a win.

Washington will Cover If: The Huskies can either hit a few shots or take control of the boards. Washington does not rebound well in most circumstances, but the Huskies are facing an opponent that is also very weak on the boards in the

Sun Devils. Washington has to either hit its shots early or fight on the boards.
Dan’s Best Prop Bets

This could be an ugly game. Both teams have been pretty poor on offense (Arizona State had one game in which it scored a mere 29 points this season), and both go through long stretches without scoring. The under looks like the right play.

Washington has been a lot better at home than it has on the road, and it tends to refocus itself after it absorbs a bad loss. With Arizona State barely getting an attack going most of the time, this looks like the Huskies’ game to win. Give me Washington. Question: Who are you betting in the Super Bowl? You might want to check out Kevin West’s Super Bowl LVI pick! He’s has a long history of picking Super Bowl winners!