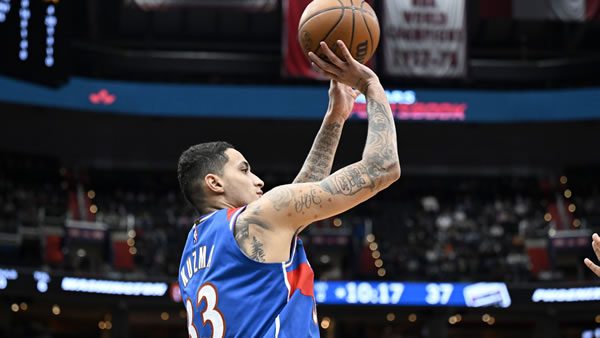 Where: Capital One Arena, Washington D.C.

Heading into tonight’s game, the Brooklyn Nets have lost nine straight games. This recent skid has dropped them out of their usual place among the leaders in the East down to 8th. During this stretch, the Nets have been playing without several key contributors, most notably Kevin Durant. On the season, Brooklyn has fared well both on the road and within the Eastern Conference, putting together records of 17-11 and 20-10, respectively.

The Washington Wizards get set to host the Nets with an overall record of 24-29, placing them 11th in the Eastern Conference. Like their opponent, Washington is going through a rough pact, winning just 2 of their past ten games. This mark includes dropping two straight. If the Wizards can pull out the win, they will move their record at home to .500 at 14-14.

Coming into this matchup, the Brooklyn Nets are the 12th rated team in field goal attempts per game, averaging 89 shots per game. However, throughout the season, they have been selective about taking shots from outside, ranking just 25th in attempts. On the other side, Washington averages the 3rd fewest three-point attempts per game, getting just 31 looks per game from outside. This figure falls in line with their overall pace of play as they are rated 26th in field goal attempts.

Given that Brooklyn heads to Washington with a shell of its usual roster, the Wizards should be able to take advantage of taking on the Nets’ backups. Even though Washington will be without Bradley Beal, look for the Wizards to have an above-average night scoring the ball. Throughout the season, Washington has been at its best when attacking the basket, as they rank 3rd in the NBA in paint points per game. This strategy has helped them get to the line at an above-average rate. With so many players missing from the lineup, I expect the Nets to struggle defensively.

Tonight’s matchup between Brooklyn and Washington will be their third meeting of the season. So far, the Nets have taken both games.

How the Public is Betting the Nets vs Wizards

55% are betting the Nets against the spread.

Coming into the game, Washington is favored by one point at home. Even though the Nets are bound to snap their losing streak at some point, it will not be tonight. Hidden by the Wizards’ recent struggles is the fact that the team is ranked 10th in effective field goal percentage allowed. Look for this above-average defense to keep the Nets within check, helping the Wizards cover the spread.

My favorite prop bet of the night is to take Kyle Kuzma to have a big night scoring the ball. Without Bradley Beal, look for Kuzma to carry the load on offense. Throughout the season, the Nets have struggled in defending the paint. I see Kuzma being able to pick up some easy points inside. Note: Be sure to check out Kevin West’s take on Super Bowl 56!