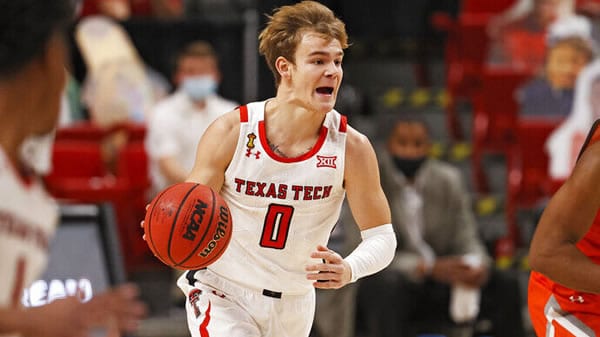 Legendary coach Dean Smith loved to say that a team can always play one great game without a key player, but what about two? That’s what Oklahoma’s got to do here, as the Sooners will be playing their second consecutive game without Austin Reaves on the floor. Oklahoma managed to beat a good Alabama team without Reaves, but getting a second straight win with neither Reaves nor Alondes Williams on the floor will be a challenging task.

That’s especially true against Texas Tech because the Sooners have had no success against Tex-as Tech in recent years. The Red Raiders have won each of the last five matchups in Lubbock, with every game being decided by 10 points or less. Texas Tech really hasn’t been looking its best as of late, as it nearly dropped its third consecutive game before pulling out a 12-0 run to steal a win against LSU. That flies in the face of Oklahoma’s momentum, as the Sooners have won five straight to pull themselves into the race for a top-four seed in the NCAA tournament. Can they find a way to win again without their stars?

Defense was how Oklahoma was able to best Alabama without its best players. The Sooners held the Crimson Tide to just 39 percent from the floor, allowing De’Vion Harmon to do just enough to get Oklahoma in front and keep it there. Harmon was the main man for the Sooners when the Red Raiders edged them out in a two-point loss in Norman, and he’ll have to be every bit as good as he was against the Tide in order to give his team a chance.

The biggest thing Oklahoma has to do differently is play defense and take care of the ball. The Sooners allowed Texas Tech to shoot 49 percent from the floor in the first matchup, a virtual death sentence against the Red Raiders, given how sound they are on defense and deliberate they are on offense. Oklahoma also hurt its cause with 16 turnovers, and although that’s a common occurrence against Texas Tech, there’s simply no way the Sooners can lose two start-ers and beat the Red Raiders if they’re giving up the ball on a quarter of their possessions.

As great as Mac McClung has been, this might be a game where Texas Tech is better off with-out him taking the lead on offense. McClung was just 5-for-14 in the first meeting against Okla-homa, but Texas Tech still won because Marcus Santos-Silva and Terrence Shannon Jr. shot a combined 17-for-23 from the floor, missing just four shots from inside the arc. With Oklahoma down two starters, Texas Tech likely doesn’t need to have McClung take over the game in order to get a win here.

Instead, the Red Raiders need to focus on taking advantage of holes in the Sooner defense and exploiting what opportunities come. Playing the game on Texas Tech’s terms has proven hard for Oklahoma to handle, and the Red Raiders need to focus on playing their game more than anything else. McClung has done a much better job this season of letting the game come to him rather than forcing himself to take over, and he’ll have to be intelligent with managing the game again if Texas Tech is to hold off what might be the hottest team in the nation.

Overcoming adversity. Oklahoma has been here once before, having faced off against a top 10 opponent without its best player on the floor. But can they manage it a second time? The Sooners are playing as well as anyone in the country not named Gonzaga or Baylor right now, and that could be what carries them to another strong performance despite being short-handed.

Texas Tech, on the other hand, has to be careful not to underestimate a talented opponent. The Sooners might be shorthanded, but they were shorthanded against Alabama, too, and still came out with a win. If the Red Raiders aren’t ready to play, they’re going to be in trouble.

The Sooners can be patient with the basketball. Oklahoma’s issues with turnovers are well known, and Texas Tech is about as good as it gets when it comes to forcing opponents into mis-takes. The Sooners don’t have Reaves available to rescue them if things go the wrong way, so they’ve got to make their own breaks by avoiding giving the ball away.

The Red Raiders let the game come to them. Texas Tech got good shots when the teams met earlier this season, but Oklahoma’s defense has improved a fair amount since that first game. Texas Tech has to play its methodical game in order to keep the Sooners at bay because a fast start for Oklahoma will have the Sooners thinking they can pull off yet another surprise.

Texas Tech is 12-5, but the Red Raiders just don’t blow teams out. Texas Tech has played eight games in the Big 12, and nine games total against power conference teams, and six of those nine games were decided by five points or less in either direction. That includes the first meet-ing with Oklahoma, where the Red Raiders emerged with a 69-67 win.

With home-court advantage meaning little in the age of COVID, I expect another tight game here. I think Texas Tech wins, but as far as the spread is concerned, I want Oklahoma and the points here. Did you know that you can bet on college basketball games (and all other sports) at -105 odds instead of -110? Imagine how much money you’d save over the course of a year! Hundreds, if not thousands! Be smart! Ditch your overpriced bookie and start saving big bucks by betting at reduced odds at BetAnySports! You’ll be so glad you did!