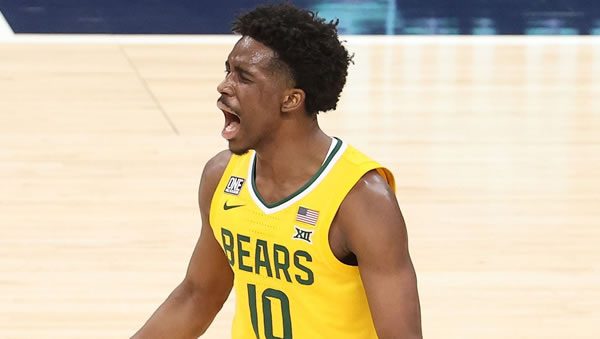 Both teams come in having lost their previous game to Texas Tech, with both doing so in different circumstances. The Bears should come into this one in a rather foul mood, as they had the Red Raiders beaten before letting Texas Tech off the mat and allowing them to get back in the game with transition buckets. With Baylor’s shots not dropping, the Bears opened the door for a Red Raider comeback and gave up a 15-point lead in taking their first loss in 21 games.

Oklahoma State, on the other hand, was never really in the game when it went to Lubbock, shooting a mere 32 percent from the floor and allowing the Red Raiders to lead the entire way. That’s a sign that Texas Tech is a legitimately strong team, but it’s also a sign that Oklahoma State just is not the same team without Cade Cunningham on the floor. That’s a rather obvious statement with how much he did last year for the Cowboys, but it’s also a sign that what Oklahoma State is doing isn’t working. The Cowboys have got to get something figured out fast if they want any hope of getting to the NCAA tournament without winning the Big 12 to qualify.

The Cowboys don’t hit from the outside and they turn the ball over far too often, which pretty much sum up their problems this season. Oklahoma State has just a 0.8 assist-to-turnover ratio, meaning that they cough up the ball more than they set someone else up. Against the Red Raiders, the Cowboys had 15 turnovers and it could have been worse. The Cowboys average close to 16 giveaways per game while only scoring 71.2 points per game, as there’s nobody who really steps up to take charge of taking care of the ball.

Without a top scorer (Bryce Williams leads the Cowboys with just 11.1 points per game) or a good rebounder (nobody averages more than Isaac Likekele’s 5.9 boards per game), this offense really doesn’t get the job done all that often, and it’s a real problem if the Cowboys are to harbor any hopes of making their usual run in the second half of the season.

Shooting 41 percent and turning the ball over 14 times usually isn’t going to happen to Baylor. The Bears are too good from the field to let that happen on most occasions, and they’re also a lot better defensively than allowing a team to shoot 51 percent the way the Red Raiders did. Basically, everything that could have gone poorly in that game for Baylor did, and the Bears ended up falling on a night that they were vulnerable. Two bad games in a row for Baylor shouldn’t be a worry, as LJ Cryer, James Akinjo and Adam Flagler are too good to let that loss to Texas Tech affect them in this game. The Bears didn’t do their jobs in that game and they know it, and there’s a good chance that they come out looking to prove a point in this one. That could lead to an ugly result, with Baylor winning going away.

More Picks: Get Dan’s Wolfpack vs. Blue Devils betting predictions for their 1/15/22 game >>>

Oklahoma State will Cover If: The Cowboys can avoid the kind of costly mistakes that hand the opponents easy buckets in transition. Baylor will likely come into this game looking to make a point, and the longer it takes the Bears to actually take control of the game, the harder it becomes for them to do their job.

Baylor will Cover If: The Bears get the kind of guard play they’ve had all season long. Baylor should be in a mood to make up for what happened last time out, and if so, an early start will be critical to their efforts.

With Oklahoma State scoring in the 50s last time out, holding the Cowboys to 65.5 or less should be something that the Baylor defense can handle at home. The Bears have held Villanova in the 30s, so this is certainly a reasonable ask for this unit.

Baylor should come out ready to prove a point after how it couldn’t handle Texas Tech, and that means that the Cowboys are going to have to be at their best to have a chance. A backdoor cover should be off the table; Baylor should have learned its lesson on that one with Texas Tech and should keep its foot on the gas.

Nothing about this situation says Oklahoma State sticks around. Give me Baylor to cover. Note: The past couple weeks have been ROUGH on bettors. Even sharps/wiseguys have gotten beaten up. Instead of re-depositing at your book and getting a crappy 10-25% reload bonus, why not consider grabbing a 100% real cash bonus from one of the many top tier sportsbooks on our best sportsbook bonuses lilst?