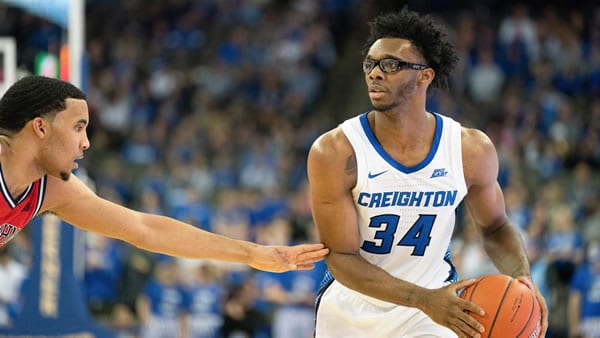 Providence lost 79-69 to Marquette; Creighton fell 70-66 in overtime to Butler.

Providence’s swing through the western half of the Big East has the Friars in danger of falling out of the NCAA tournament picture entirely. Providence was never expected to compete for the top spot in the conference, but a 3-4 mark in the Big East at this point isn’t what anyone had in mind. It’s especially galling for the Friars because they could easily be 5-2, but a one-point setback at Xavier and a two-point home loss to Creighton has the Friars reeling.

That’s far from the ideal time to have to come in and play Creighton, and it’s even worse considering the Bluejays are likely to enter this game in a foul mood after an overtime loss at Butler. Creighton had been riding a six-game winning streak, and each time the Bluejays have been beaten, they’ve responded with a double-digit win in their next game. With Providence in a desperate situation, can Creighton come up with another big response to adversity?

If Providence ends up falling short of the NCAA tournament, the Friars will undoubtedly look back on their home loss to Creighton as their Waterloo. Providence initially had no business winning the game, but the Friars managed to claw back with four points in nine seconds, only to lose when they forgot to play defense on the final play and lost by 2.

Defense has been optional for most of the conference season for the Friars, as five of their seven opponents have hit the 70-point mark in league play. Providence tends to ride its two-man combo of David Duke and Nate Watson, but there are signs that the Friars might be counting on Duke a little too much at this stage. Over the past three games, Duke has shot less than 30 percent in two of them, and he rested for all of one minute in that stretch. In the past eight games, Duke has been so important to the Friars that he’s played 39 minutes or more in all of them. That could be a problem in this game, considering he shot 5-for-19 against Creighton in the first meeting, his worst shooting performance of the season.

One of the biggest reasons that Creighton barely survived its trip to Rhode Island was because Denzel Mahoney scored just four points, depriving the Bluejays of one of their best weapons. Fortunately, Marcus Zegarowski stepped up with 20 points against Providence and shot 54 percent from the floor, which made all the difference in the end.

Creighton’s game works best when the Bluejays are playing quality defense, and it’s shown throughout Big East play. Other than St. John’s, nobody has topped 66 points against Creighton in regulation, including a Seton Hall squad that averages 75 points per game but managed just 53 against the Bluejays. Defense saved the Bluejays’ bacon last time against Providence, as the Friars shot just 33 percent from the floor.

Desperation vs. complacency. Providence is facing its biggest week of the season, as the Friars have to go play at Villanova (assuming the Wildcats are past their COVID issues) on Saturday and would find themselves 3-6 in the Big East if they can’t manage a split against the two conference heavyweights. Providence has played in five of the past six NCAA tournaments, and missing out on the Big Dance for a second consecutive season (not counting last year’s canceled tournament) won’t go over well with anyone in Rhode Island.

Creighton has a much longer race to run, as the Bluejays know that the only way they’re missing the NCAA tournament is if they completely collapse or if the pandemic cancels it again. The Bluejays also have to be careful not to get complacent, because they’ve got a pivotal game at home with Connecticut on Saturday. With the Huskies looming, this could be a classic trap game.

Providence will Cover If:

The Friars can win the battle on the glass again. Providence crushed Creighton on the boards in the first meeting, which helped the Friars stay in the game despite their poor shooting performance. With Duke clearly starting to run on fumes, the Friars have to get a big performance down low from Watson if they’re going to stay competitive with the Bluejays, and that means cleaning up the glass and extending possessions. If Creighton is even on the glass, it’s hard to see the Friars keeping this close.

The Bluejays can stop Duke from taking over the game. With no starter over 6’7”, there’s little that Creighton can do about the 6’10” Watson, but they controlled Duke the first time and can definitely do it again. If Duke shoots poorly again, Creighton should be in control.

I don’t like what I’m seeing from Duke right now, and I think this total is way too high. As for the spread, Creighton’s the better team, and if the Bluejays aren’t busy looking ahead to Connecticut, they shouldn’t have any problems with this matchup. I’d feel more comfortable if the number was closer to seven or eight, but 10 is very doable as long as Creighton is focused. Give me the Jays.