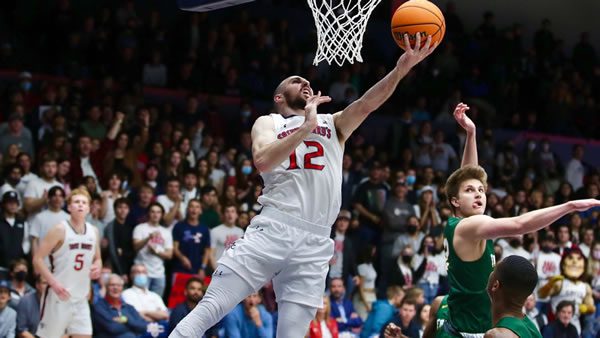 Saint Marys St Marys has no reported injuries at this time.

The Saint Marys Gaels come into this matchup with an overall record of 26-7. On the season, the Gaels have performed well in their 16 non-conference games, posting a record of 13-3. So far, the team has gone 4-2 when playing at neutral suites. Over their last 5 games, they have played above .500 basketball, holding a record of 4-1.

The UCLA Bruins get set to host the Gaels with an overall record of 26-7. On the season, the Bruins have performed well in their 10 non-conference games, posting a record of 9-1. For the year, the Bruins went 4-2 in games at neutral sites. Over their last 5 games, they have played above .500 basketball, holding a record of 4-1.

Saint Marys take on the Bruins holding the advantage in defensive efficiency, giving up 64.0 points per 70.0 possessions (NCAA Average) compared to UCLA at 65.0. When playing as the superior defensive unit, the Gaels have a record of 24-4. Even though UCLA trails Saint Marys on the defensive end of the court, they enter this game holding the edge on offense. So far, the Bruins are 24-4 with an edge in offensive efficiency. In these games, they hold an average scoring margin of 14.0.

On the season, the Gaels have been a balanced scoring unit, with 31.1% of their scoring coming from made three-pointers. Even though St. Mary’s is only near the NCAA average in percentage of points from outside, it is still more than the Bruins. So far, just 27.3% of their points are coming from three-point shots.

UCLA isn’t playing their best basketball right now, but should be able to get past the Gaels who rely all too much on one player: Tommy Kuhse. I don’t think this game will be as close as the -2.5 spread suggests. Back UCLA with confidence!