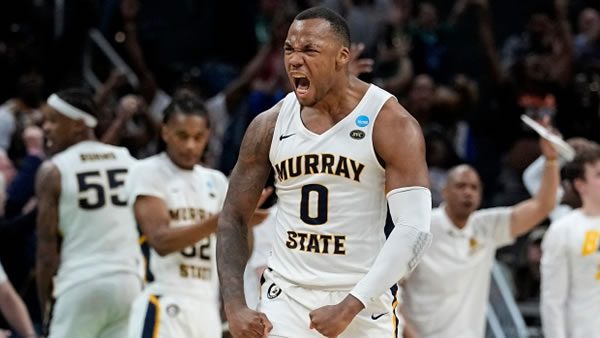 Saint Peters St Peters has no reported injuries at this time.

Murray State Murray St has no reported injuries at this time.

The Murray State Racers get set to host the Peacocks with an overall record of 31-2. On the season, the Racers have performed well in their 13 non-conference games, posting a record of 11-2. So far, they have gone 5-1 in games played at neutral sites. Heading into this matchup, the Racers are looking to pick up their 3 straight win.

Saint Peters take on the Racers holding the advantage in defensive efficiency, giving up 63.0 points per 70.0 possessions (NCAA Average) compared to Murray State at 64.0. When playing as the superior defensive unit, the Peacocks have a record of 19-10. Even though Murray State trails Saint Peters on the defensive end of the court, they enter this game holding the edge on offense. So far, the Racers are 28-2 with an edge in offensive efficiency. In these games, they hold an average scoring margin of 15.0.

I don’t expect this game to be heavily dicated by three-point shooting, as both the Peacocks and Racers are near the bottom of the NCAA in percentage of points from beyond the arc. So far, 26.3% of Saint Peters’s points are coming from three-point shots. The same goes for Murray State, at 30.3%.

I’m a big believer in letdowns in college sports (because I’ve seen it all too often). However, you can’t ignore the fact that St. Peters has allowed an amazing 32% from the field over their past five games. Yes, it was mostly against lesser competition, but it simply can’t be ignored. I like them to stay within the number Saturday and get the cover.